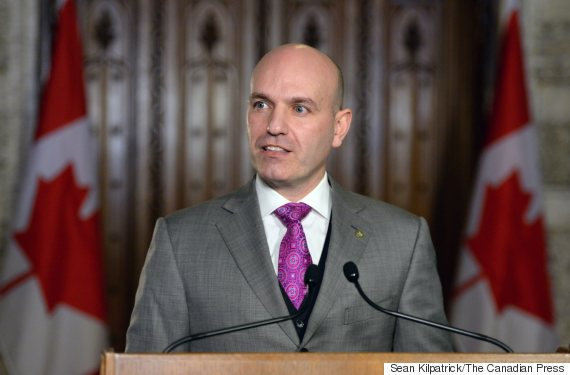 OTTAWA — The NDP is urging the governing Liberals to surrender majority control over the special Commons committee that's supposed to recommend an alternative to Canada's first-past-the-post electoral system.

Nathan Cullen, the NDP's democratic reform critic, says membership on the promised committee should include all parties that won seats in the House of Commons in last October's election and be proportional to each party's share of the popular vote.

As the governing party, the Liberals are ordinarily entitled to majority membership on Commons committees; the Bloc and Greens are not entitled to any members because they didn't elect enough MPs to qualify for recognition as a party in the House.

But when it comes to something as fundamental as electoral reform, Cullen says no one party should have the power to unilaterally change the foundation of the country's democratic institutions.

Moreover, he says, electoral reform should be driven by the will of Canadians and that would be better reflected through proportional representation on the committee.

The committee is to examine, among other things, replacing Canada's existing electoral system with some form of proportional representation, under which the number of seats a party wins would be roughly equivalent to its share of the popular vote.

Prime Minister Justin Trudeau has promised that last fall's election will be the last conducted under FPTP, which routinely results in the governing party winning the majority of Commons seats with less than 40 per cent of the vote.

Cullen's proposal could help inoculate Trudeau against the Conservative charge that he wants to rig the electoral system to ensure Liberal victories in perpetuity.

Newly-single man gets rent reduction to stay put for election