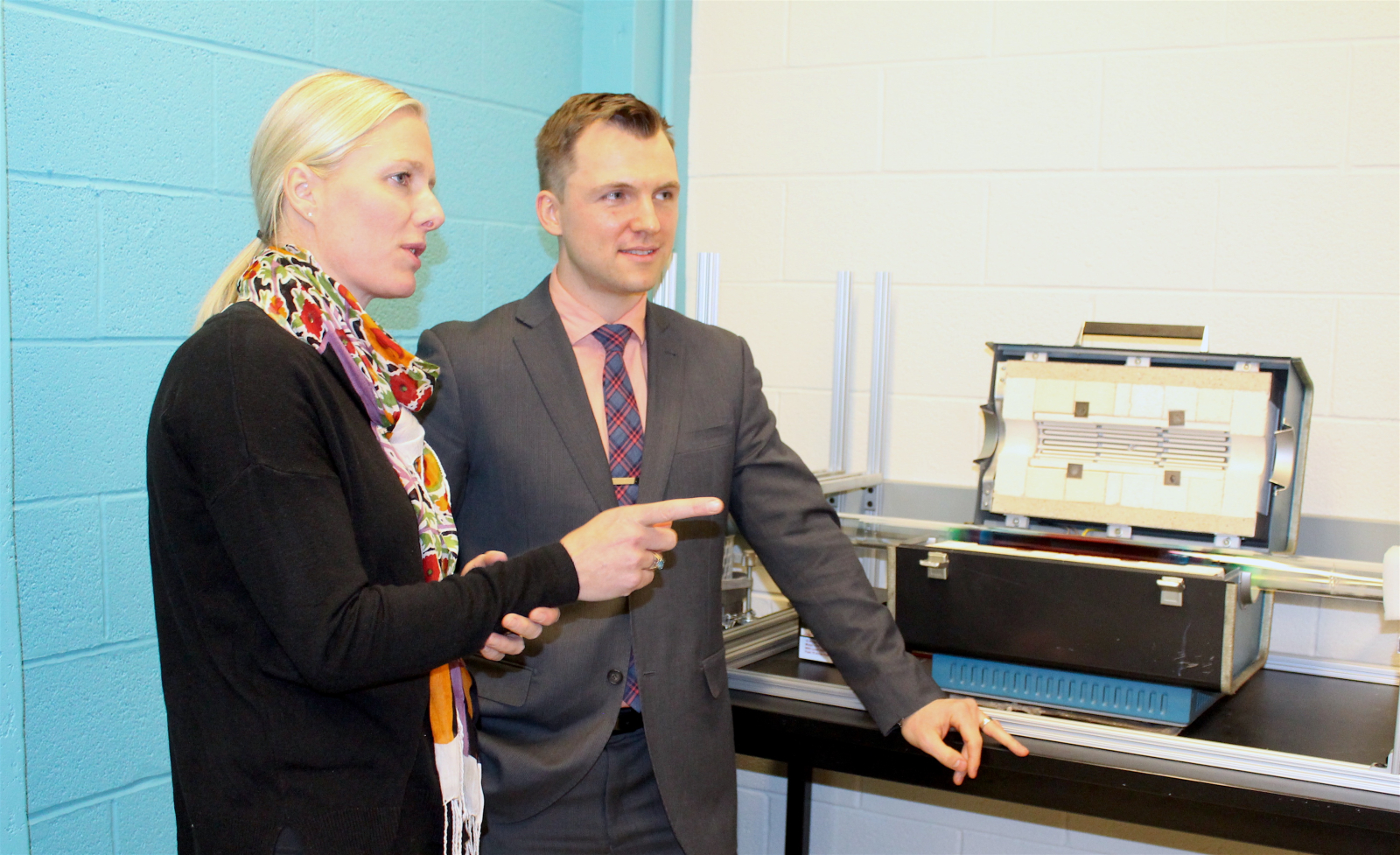 Imagine going camping for a weekend and carrying a light, flexible and renewable power supply that rolls up into your backpack for all of your electronic devices.

That is if you like that sort of thing while camping.

Benoît Lessard says this is one possible products that could emerge from his new research at the University of Ottawa.

At 30, Lessard is one of the youngest recipients of a Canada Research Chair, a federal program created in 2000 to attract and support the work of top scientists. His research team will be among eight labs at the university that will share $13.8 million in federal funding through the program, Environment and Climate Change Minister Catherine McKenna said on Friday.

“They could be used for niche applications,” he said. “For example, rolling up a solar panel with you and taking it camping and then unrolling it and plugging in your laptop, camping - if you can’t live without your laptop.”

“Who knows in the future? Maybe it will compete,” he said. “But right now, that’s where a lot of the research has to go is how to make these more efficient.”

The research can also be used to develop new highly flexible sensors that can be used for a range of applications, including testing athletes for performance enhancing drugs or environmental monitoring of water and air, Lessard said.

It could even be used to make greener beer, he added.

“Because the molecules can be tuned, they can be tuned for very different applications and therefore, you can make a sensor that’s very specific,” Lessard said. “By using a certain organic semi-conductor, you could have it for example, to monitor CO2 and it could be an inexpensive CO2 sensor, which could be used for environmental monitoring or brewing beer more efficiently.”

Each of the eight chairs at the university will get $100,000 per year over the next five years to pursue their research with funding that can also be used to hire students.

“It’s very exciting,” McKenna told Lessard during a tour of his lab.