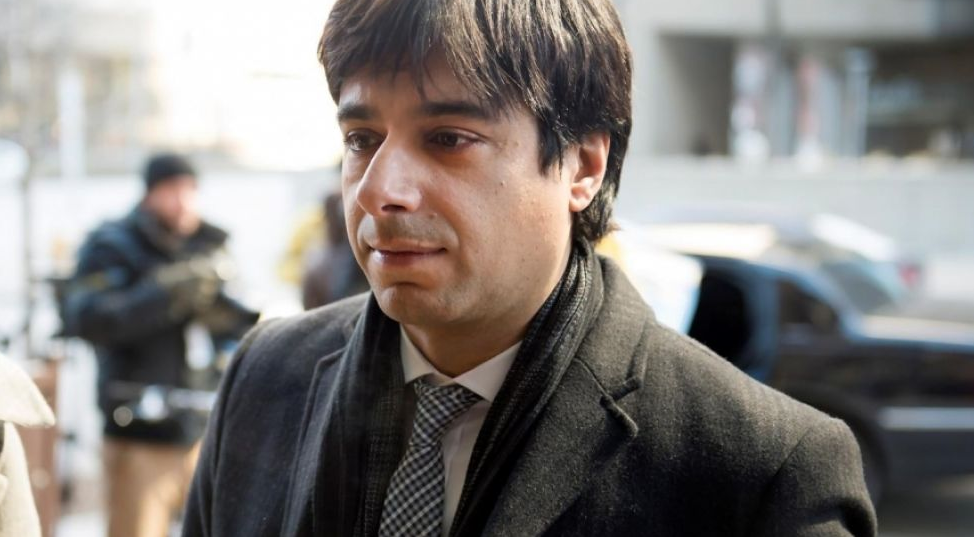 Jian Ghomeshi’s voice, instantly recognizable across the country, was silent in the one place Canadians needed to hear it most: the courtroom in Toronto's Old City Hall. In the most famous “he said, she said” case in Canada, he said nothing. Why risk testifying if he didn't have to?

Instead, Jian Ghomeshi looked out for Number 1, and took the coward’s way out.

Much has been made of the shredding of the complainants' credibility under cross-examination. But would Ghomeshi really come across any better if it were him in the stand?

In his post, Ghomeshi claims that the CBC dismissed him out of concern for its reputation, that "this type of sexual behavior was unbecoming of a prominent host on the CBC." The CBC gives a sharply different account, saying that it terminated him when senior management viewed a video providing graphic evidence that he had caused physical injury to a woman.

Ghomeshi then brought a wrongful dismissal action claiming $55 million in damages, but withdrew it a month later with an agreement to pay the CBC $18,000 in costs.

If Ghomeshi took the stand

That Facebook post puts Ghomeshi's own credibility is an issue. How truthful is he? What's not in dispute is that he likes to hurt women for sexual pleasure. That's admitted. If the CBC is to be believed, he likes it enough to actually injure his lover. An unfortunate coincidence, given the current charges of hitting and choking romantic partners.

Notably, his lawyer, Marie Henein, spent little time cross-examining the complainants on the claims of violence, or even on their consent. She seemed to veer away from that delicate subject. She was on much stronger ground attacking them for hiding and perhaps lying about their continuing pursuit of Ghomeshi.

So, did he choke and strike them, yes or no? Does his Facebook post not intimate that inflicting pain is a virtually invariable, possibly necessary form of sexual release for him? If so, isn't the real issue their consent? If so, how did these women, whom he barely knew, express consent to violence on their first or second date?

Why should we believe Ghomeshi, whose Facebook post is so glaringly self-serving, when he concealed the CBC's real reason for dismissing him? Or are they lying, too?

Is everyone lying except Jian?

And if the complainants are lying shrews out to destroy him, why didn't they make up a much worse story of more severe violence, even rape? That would have been so easy for such spitefully malicious women to do. They're kind of amateurish at lying, if you think about it.

Then there's Jesse Brown's most excellent question. Why, he asks, did Ghomeshi keep Lucy DeCoutere's letter for 13 years, if not as insurance against what she might one day publicly say? They hadn't been in a relationship or even had sex. That's just weird.

After a couple of days of cross-examination of Ghomeshi, the witnesses for the Crown might look a lot more believable than they do right now.

Here’s what a criminal trial is not: It is not a full, fair and balanced hearing concluding with a dispassionate judicial finding of what really happened between two parties. Most of the time, the accused never even testifies or submits to cross-examination. Yet in the court of public opinion we pretend that we heard the whole case. If the accused is acquitted we have to act as if he never did anything wrong, even if the judge or jury were pretty sure that he did.

"Pretty sure” of guilt = acquittal. In other words, victorious triumph for the accused and humiliating oblivion for the complainant.

So there’s no symmetry or parity between the complainant and accused in a criminal trial. They’re never treated as equals. There’s no weighing and measuring the evidence, where frailties on both sides of the case are fully tested and scrutinized.

The complainant has to prove her claim beyond reasonable doubt, usually on her own testimony alone. Everything she says to police and Crown is disclosed to the defence. Her emails, texts and private messages may be pored over by strangers and potentially sent to the defence, as can be her medical records and psychiatric history. The entire weight of the prosecution’s case rests on her all-too-human shoulders.

Should pride or embarrassment lead the complainant to be less than candid about any aspect of the case, it's pretty much game over. A sexual assault trial is basically a public strip search. Keep your hands at your sides.

The complainant has no status or independent agency at all, and no lawyer represents her in court. She’s a virtual stranger at her own trial, in a system that’s supposed to be about protecting her. Ideally, she's to remain as hermetically sealed away from anything or anyone linked with the trial as possible, like a wind-up doll in a box.

She has no power. Legally, she’s an orphan.

The state has the power. It’s the state, not the complainant, that we protect the accused from, because being charged with a crime is no walk in the park, either. The state has the power to arrest, detain and ultimately incarcerate the accused, effectively destroying his and his family’s lives, while draining them financially. The paramount purpose of due process in the criminal courts is to protect the accused from abuse of power by the state.

Every trial lawyer knows why.

Ghosts of trials past haunt the corridors of every courthouse. The three M’s—Milgaard, Marshall, Morin, all wrongly convicted of murder. Ivan Henry in British Columbia, only recently released after 27 years in prison for ten sexual assaults he did not commit. Stephen Truscott. Tammy Marquardt and William Mullins-Johnson and all the other parents imprisoned for killing children based on the tainted evidence of pathologist Charles Smith. The infamous preliminary hearing of Susan Nelles. To say nothing of First Nations or oppressed minorities.

The danger of wrongful convictions is so great that the courts will never allow wholesale change in sexual assault procedure. Yet minor tinkering won't bring survivors the comfort they seek in a trial.

What if complainants could change the game?

But what if complainants could change the game? What if they could access a procedure where they had more control, as well as equal status and all the rights that Jian Ghomeshi enjoys? What if they could force the defendant into the witness stand to answer their lawyer's questions?

"The dollar amount meant nothing to us,” Ron Goldman’s sister Kim told CNBC. "We were just thrilled that 12 people unanimously determined that he was the killer of Ron and Nicole. The rest was just paper.” Those are the words of someone who’s tasted justice and found peace.

These same sentiments I've heard from survivors. Just being believed, respected, and supported can sometimes be the most important and elusive goal of all.

In a civil hearing founded on fairness and equality for both sides, the defendant has no right to remain silent, but must answer questions, produce emails, texts, documents and records under discovery, just like the plaintiff does. Yet both parties retain considerably more privacy than either would have in a criminal trial.

Then, after hearing both sides equally, the judge could just decide, on a balance of probabilities, what happened. Of course, not being a criminal trial any penalty would have to be more compensatory than retributive. It would also shift toward a restorative justice model, which lends itself to less severe offenses involving acquaintances.

The catch, which you’re already thinking about, is that civil lawsuits are the playground of the rich.

Yet they're much procedurally vastly more adaptable than the criminal courts to meet survivors' needs for fairness. Savings on policing, prosecutorial, and Legal Aid expenses in the criminal courts could be re-directed to a restorative justice model for those complainants who choose it. More women might feel comfortable coming forward knowing that there's another option, that they don't have to meet a standard of perfection just to find justice.

It’s not suitable for every case. Especially brutal attacks should unquestionably be tried in criminal court for the public's safety.

Yet the status quo is a disaster. Who wants to come forward and report a sexual assault, knowing that the Crown, police, and possibly the assailant's lawyer will be combing through years of emails, texts, and messages, looking for something incriminating? Who in their right mind, would willingly sign up to be cross-examined by a Marie Henein? If it's that much easier for survivors to just move on than report (and it is) we've been looking away far too long.

The time for change has come.