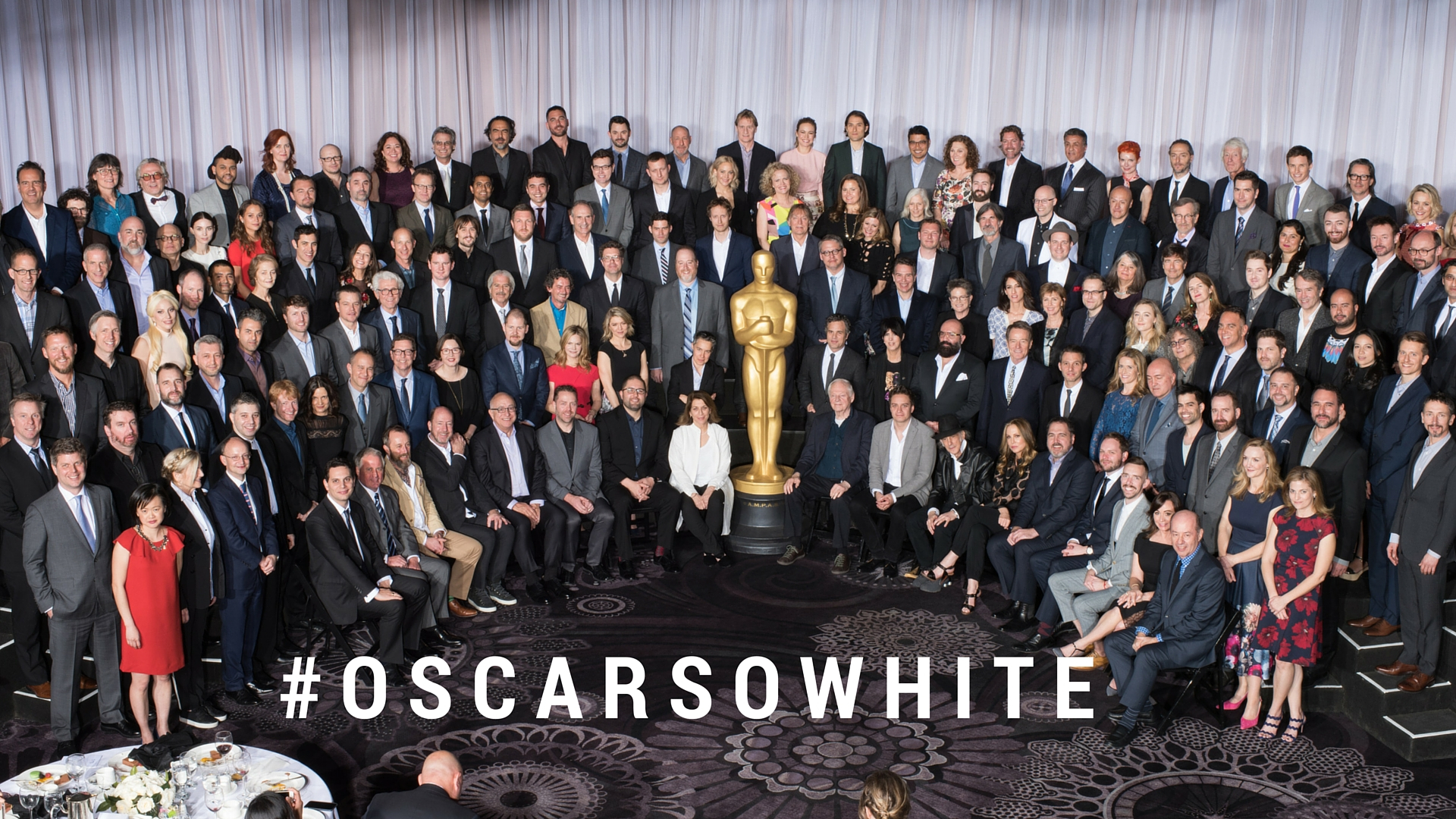 Nominees for the 88th Oscars at the Nominees Luncheon. Photo by The Oscars (text added for the purpose of this article).
Previous story
Next story

Now, a note from our humour correspondent...

National Observer has received an audio tape of the Academy of Motion Pictures special board meeting, called to discuss 'Oscar so white.' Here is the transcription.

Academy president Todd LeBlanc: Gentlemen, as you know, the #OscarSoWhite trend is an unfair attack on our industry. That's why I invited PR genius LaToya Steele here today. And as you might… or might not notice, she is African-American.

We asked LaToya to write a speech to be presented at the Oscars to show the world that Hollywood is not racist.

LaToya: Thank you, Todd. While the 23 Academy board members before me are all white males and I'm a black woman, I want to assure you I'm here to help you.

So first, we must address the accusation that Hollywood is too white. Is this fair? Of course not.

That's why I've prepared a speech that will make it clear where the Academy stands on race issues.

So let me read you the speech that you should deliver, word for word, at the Oscars:

"Oscar nominees, fellow actors, citizens of the world, there has been criticism that the Academy ignores actors who are not white.

Now, we admit that Hollywood has discriminated against minorities in the past. But I must remind you that's been true in all fields, and all areas of the world. In reality, Hollywood has led the fight against discrimination. We’re not an industry just interested in money—"

LaToya: I know that, but you have to express empathy for the other side to make this work. Let's keep going.

"Now you may argue there have been great African-American actors who have been denied Oscar nominations in the past. For instance, Bill Cosby for his outstanding role as Mother, in Mother, Jugs & Speed, or O.J. Simpson for The Naked Gun. We confess colour may have been the reasons they were ignored by the Academy. But I think we know we all dodged a bullet on that. Today, Hollywood is as colour-blind as Stevie Wonder.

And this year, the only reason minorities are not nominated for awards is because a lot of films are historical. They take place before discrimination was eliminated."

LaToya: "You see, Spotlight was set in a 1980’s newsroom and there were few employees of colour back then. The Big Short was set on Wall Street, and of course how many minorities were on Wall Street in 2008....or today, for that matter?

But do we see a hashtag: #WallStreetSoWhite? No, we don't. And look at the film Brooklyn. How many Hispanics or Asians immigrated from Ireland 100 years ago? Hollywood is about truth. We must be historically accurate. The whole world knows that the only people who've ever been stranded on Mars are good-looking white men."

"Besides, major league sports are dominated by black athletes. Is that really fair? No, of course not. There is widespread discrimination against 5'8" white players in basketball. Where is that hashtag campaign?

Hollywood rejects that type of racism. We have always been on the forefront of blindness, especially colour blindness.

So in conclusion, let me tell you about Hollywood’s commitment to creating non-white roles. Over the next decade, major studios have agreed to release five features that focus on slavery – a combination of drama, musicals and comedies. This will guarantee many minority roles in the future."

Board members, this is when you get a sustained standing ovation, and the love and respect from minority actors worldwide.

LaToya: Let me emphasize that you need to deliver my speech without any editing. Then I guarantee you that the #OscarSoWhite campaign will disappear as fast as Johnny Depp’s The Lone Ranger.

Finally, I spent a lot of time contemplating who should deliver the speech. Chris Rock would be good...except he's black, so he would be biased. So I thought the logical choice is to find a famous person who treats all minorities equally. Therefore, I think the choice is obvious. If you want to really enhance the Academy's credibility, I recommend that this speech be delivered by Donald Trump.

Harvey McKinnon was a producer of the award-winning feature length documentary In Darkest Hollywood: Cinema and Apartheid. He is co-author of The Power of Giving.

Race stumbles in its storytelling