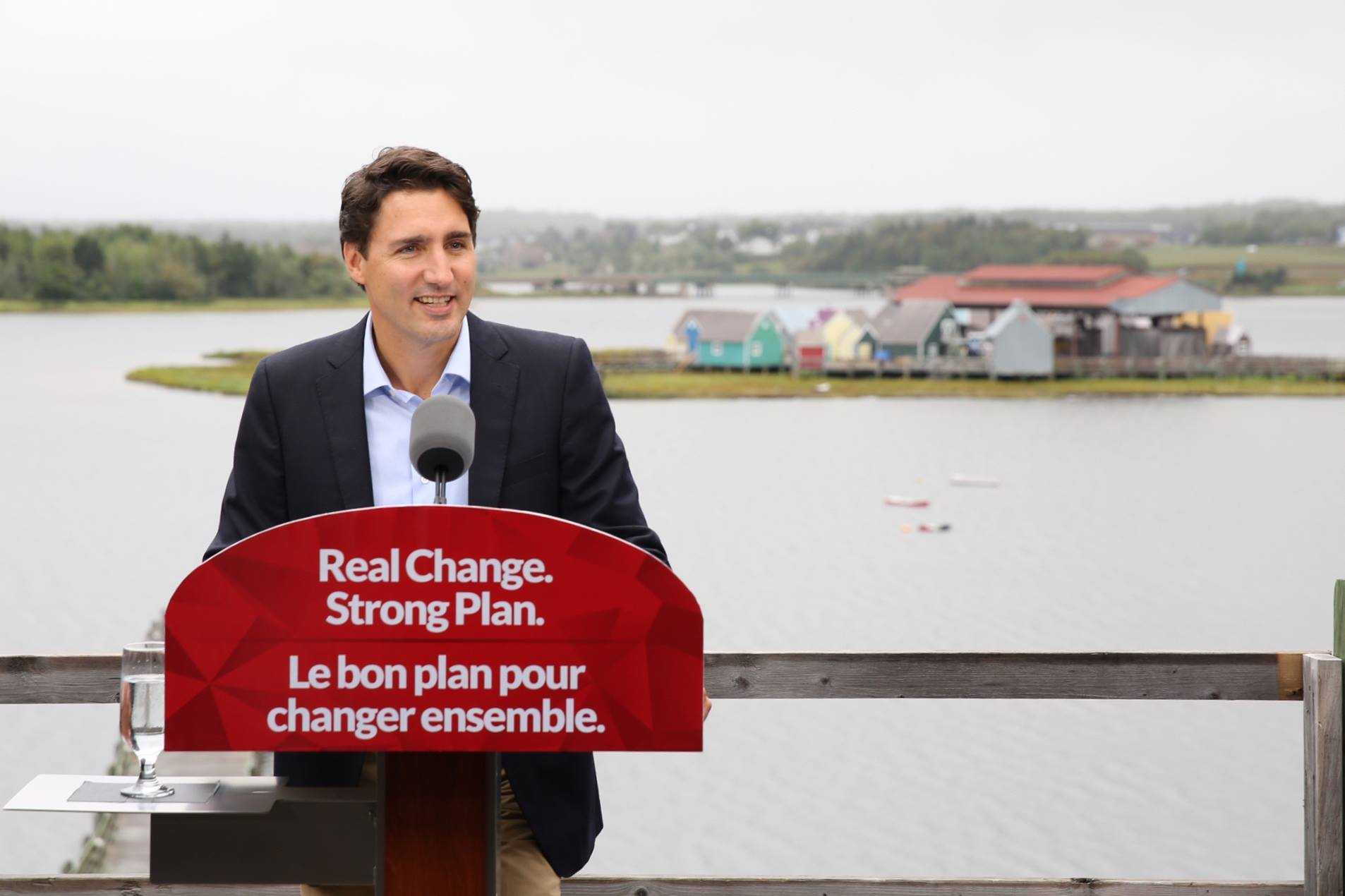 The federal Liberal government remains determined to set a national price on carbon emissions, despite the vocal opposition of Saskatchewan Premier Brad Wall.

And a widely cited price of $15 per tonne will not be the starting point, according to federal sources who spoke to The Canadian Press.

Prime Minister Justin Trudeau sits down with provincial and territorial leaders next Thursday in Vancouver to discuss a national climate strategy, after which a series of working groups under a six-month deadline will begin hammering out common approaches.

Among the most contentious areas of discussion will be establishing a national floor price on greenhouse gas emissions.

Wall, who faces the Saskatchewan electorate on April 4, has already publicly denounced the plan. After the Globe and Mail published a story citing a potential $15-per-tonne minimum carbon price, Wall said it would "kneecap" the economy and would not be part of his province's climate policy mix.

Six other provinces, meanwhile, have already adopted carbon pricing, are in the process of doing so, or have announced their intention to pursue the policy.

Catherine McKenna, the federal environment minister, said Friday in an interview that setting a carbon price is just one climate measure among many, but called it "really important."

"It's interesting that large businesses are calling for a price on carbon because they see that as the most efficient way to reduce emissions, to foster innovation and also to provide certainty," said McKenna.

"Most big energy companies have an internal price on carbon (already), because they know this is going to happen."

Transportation is a big source of Canadian emissions that needs to be addressed, said McKenna, citing electric vehicles as a "direction we want to be going."

Buildings can be much more energy efficient, and there's a role for governments in major green infrastructure projects and in fostering innovation.

"There's going to be a package of measures at the end of the six-month process that will be real actions to reduce emissions," said McKenna. "One of those is a price on carbon."

One scenario being sounded out within the federal government envisions setting a one-year time frame for provinces to establish a minimum price on carbon emissions through their own provincial policies. Any province or territory not on board by the following year would face a federally imposed, B.C.-style carbon tax.

But ongoing uncertainty stems from the differing carbon pricing models already in play in Canada. Quebec's cap-and-trade market with California, which Ontario will join in 2017, has a current carbon price of about $17 a tonne. British Columbia's carbon tax is currently $30 per tonne. Ontario and Quebec officials argue the hard emissions "caps" of their system mean they get the same carbon reductions at between $15-$18 per tonne that B.C.'s tax achieves at $30.

As McKenna put it Friday, "the devil's in the details."

Nonetheless, a federal source insisted the reported $15 per tonne floor price has not been discussed, and dismissed the figure as "very premature speculation."

"There will be a national price on carbon," said the source, who spoke on condition of anonymity because they weren't authorized to discuss the details publicly.

"Exactly what that's going to look like is still a work in progress."