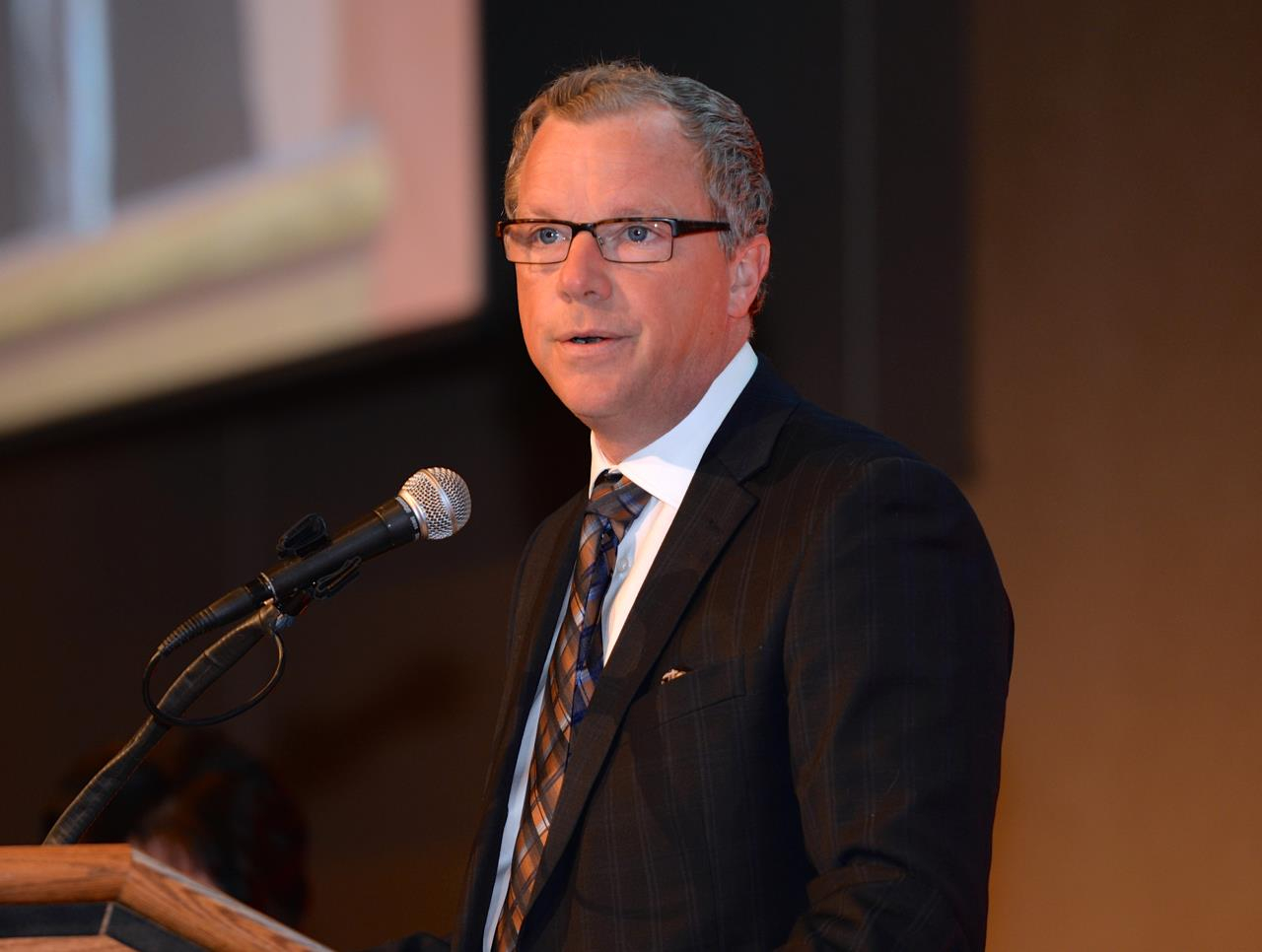 Even an intervention doesn’t look like it will help. Wall will confront the other premiers and Prime Minister Justin Trudeau at the first ministers’ meeting on March 3. There, they’ll try and hammer out a national climate change strategy.

It would “kneecap the economy," he says, likening the race against climate change to a run-in with the mob.

But Wall isn't interested in a carbon tax because he favours fossil fuel development.

In September he addressed the Canadian Energy Pipeline Association conference and told them that the proposed Energy East pipeline needs support. Without it, energy independence for Canada would not be possible, he said.

"[We need] more than tacit support for these things, this is such an important sector to all of Canada. What we need in the prime minister's office and in the cabinet is a champion for our energy resources. And that's what I'm concerned about, whether we'll have that champion."

Quick and painless divestment of fossil fuels is "magical thinking," he also said.

No one ever promised fossil fuel divestment would be easy. A carbon tax would certainly be a beginning.

However, Wall won't consider that.

On his Facebook page last week, Wall promised not to sign on for a carbon tax. “In case you're wondering, I won't be signing any agreement that includes a national carbon tax. With the energy sector reeling and the Canadian economy struggling, it is simply not the time for a new national tax," he wrote.

He encouraged his Facebook followers to share a post in which he wondered if the first ministers' meeting should be about the economy rather than climate change.

“Now is not the time for measures like a universal carbon tax that could further weaken our economy and not address the global problem, as Canada only accounts for about two per cent of global emissions. Imposing a carbon tax on Canadians would be ill-timed at best and harmful to our economy at worst," the premier said.

That post received 4.1k likes and was shared 3,429 times. Clearly, some of Wall’s constituents enable his addiction.

On March 1st, Wall put up a celebratory post noting that said Husky had announced plans to open two more heavy oil thermal projects in the province. The first of the new plants is projected to produce 10,000 barrels of oil a day when it comes online .

In general, it's odd that Wall is so concerned about the federal economy when it appears he’s having serious problems managing that of his own province.

In late February, the province’s finance minister, Kevin Doherty, said Saskatchewan is expecting a $427-million deficit for the current fiscal year, a $165-million more than what was expected.

Doherty blamed the deficit on the low price of oil.

In the meantime, Saskatchewan’s big contribution to cutting down on global emissions has been the boondoggle that is that province’s carbon capture plant.

The project went online in 2014, producing up to 115 megawatts of electricity while reducing greenhouse gas emissions by as much as one million tonnes of carbon dioxide annually.

The captured carbon dioxide is sold and transported by pipeline to nearby oil fields in southern Saskatchewan, where it is used to help extract crude oil.

At least that's the theory.

The technology has also come under heavy criticism over its expense and efficiency. The Saskatchewan retrofit cost about $1.2 billion, but is running at 40 per cent capacity while SaskPower - a provincial crown corporation - is paying millions of dollars to Cenovus Energy for failing to deliver carbon dioxide from the plant.

Such technology has been given a rough ride elsewhere. A 2015 article in The New York Times talked about how ineffective carbon capture plants have proven.

“Since the mid-2000s, several demonstration projects, from the United States to Spain, have received hundreds of millions of combined government support — and additional private funding — to show that the technology can significantly reduce carbon emissions from the world’s dirtiest power and industrial plants,” the Times noted.

“So far, however, few projects have proved their worth,” the paper added, calling the investments “eye-watering.”

In all fairness, Wall has pledged to generate half the province’s power from renewable energy by 2030.

But that’s not enough.

A national carbon tax is needed to help Canada as a whole reduce its greenhouse gas emissions and live up to its part of the Paris agreement. Wall needs to line up with the other provinces and play his part - not as the sole interest of a single jurisdiction - but as a global citizen.

Eduardo Porter, writing in the New York Times on March 1, examined the viability of a carbon tax in a piece titled “Does a Carbon Tax Work? Ask British Columbia.”

Porter came down firmly on the “yes” side.

Wrote Porter: “Their experience shows that cutting carbon emissions enough to make a difference in preventing global warming remains a difficult challenge. But the most important takeaway for American skeptics is that the policy basically worked as advertised.

“British Columbia’s economy did not collapse. In fact, the provincial economy grew faster than its neighbors’ even as its greenhouse gas emissions declined.”

Maybe, with some encouragement from the other premiers and Prime Minister Justin Trudeau on Thursday, Wall can be made to understand the nature of his addiction to outdated, dirty fossil fuels.