Find out just how much Trump hates you 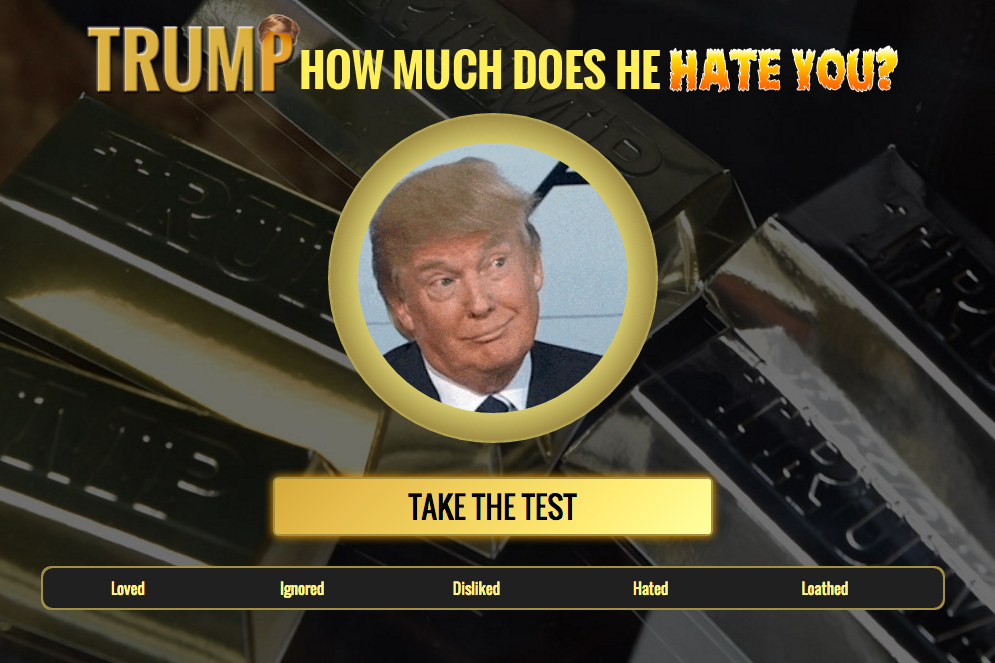 Does Donald Trump merely dislike you? Or does he loathe you?

Thanks to a new online tool, it’s possible to find out just how much the billionaire real estate mogul and Republican presidential front-runner really hates you.

Respondents are asked such questions as, “Are you on the Internet?”

Answer yes, and you’ll see a clip of Trump saying, "We have to talk to Bill Gates about, maybe in certain areas, closing that internet up in some ways."

Do you own a gun, is the next question. Answering no, gets the response: "I could stand in the middle of Fifth Avenue and shoot somebody. And I wouldn't lose any voters, OK?"

You can take the test here.

Go ahead. You know you want to.

As for The New Day, the Guardian called it “mostly light-hearted and relentlessly upbeat,” and opined readers won’t be “stretched by the content.”

And the Financial Times sniped: “It sometimes feels like dot-to-dot reading, with numbered articles on double-page spreads.”

The New Day doesn’t have a webpage, preferring to use Facebook instead.