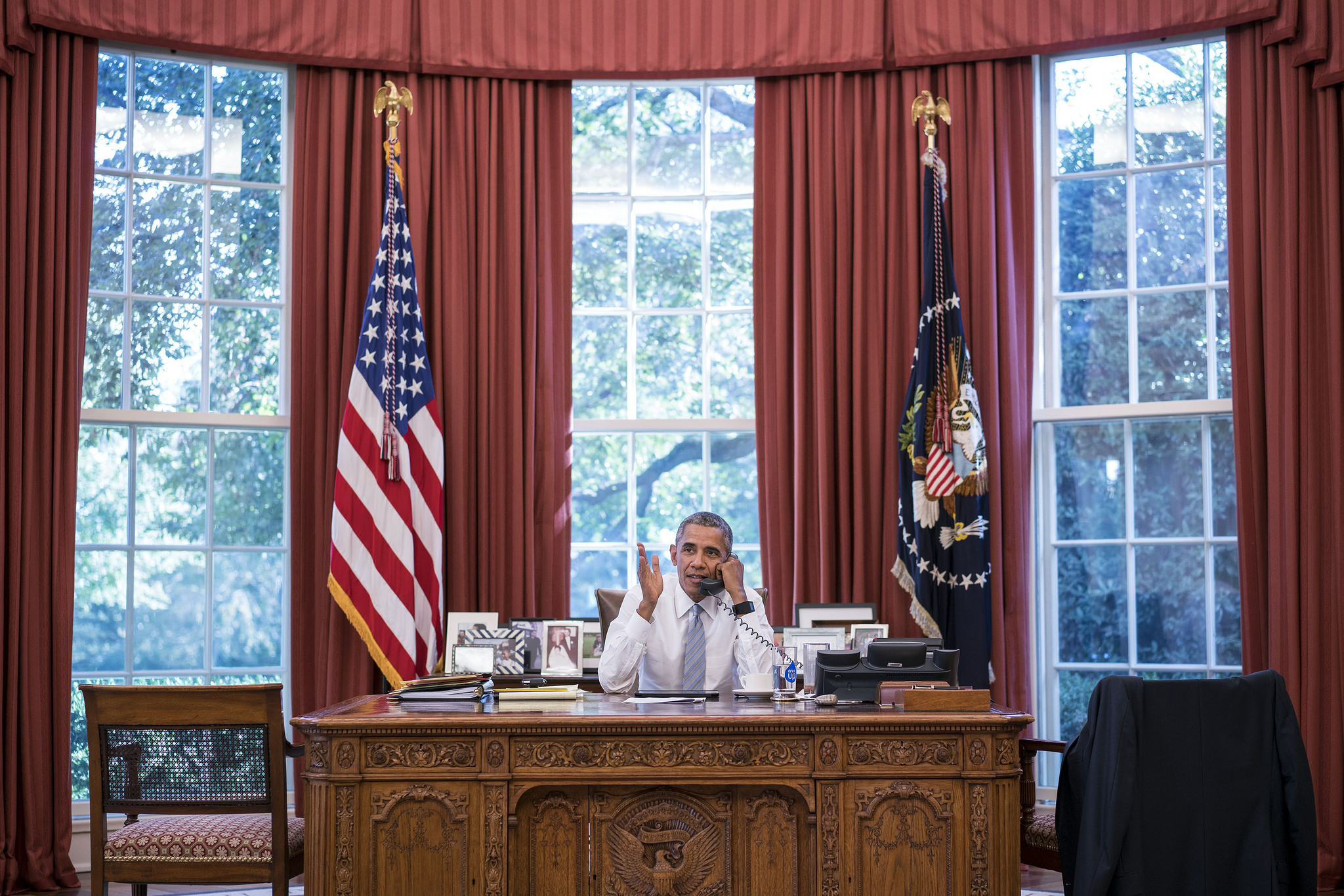 While Canada’s investment in clean energy has stalled, under the guidance of U.S. President Barack Obama, the American renewable sector is roaring ahead.

It’s been a year since White House Senior Advisor Brian Deese announced the U.S.’s Clean Energy Investment Initiative. Since then more than $4-billion from foundations, institutional investors and others have gone toward scaling up clean energy innovation and climate change solutions.

The White House provided a briefing on the U.S.’s clean energy progress late Thursday. The briefing coincided with the annual summit of the Department of Energy’s (DOE) Advanced Research Projects Agency-Energy (ARPA-E).

At the summit, ARPA-E researchers showed off such new technology as bio-engineered organisms that can potentially make fuel directly from electricity, hydrogen and carbon dioxide; and liquid-flow batteries that provide grid storage.

“We need to double down on these core investments to maintain American leadership and accelerate the transition to a clean-energy economy,” wrote John Holdren and Dan Utech.

Holdren and Utech noted that the president’s 2017 budget proposes to double funding for clean energy research and development over the next five years from $6.4 billion in 2016 to $12.8 billion in 2021.

In Canada, in 2015, spending on clean energy declined by nearly half - 46 per cent - from US$7.4 billion to US$4 billion compared to 2014. Canada still ranked eighth overall in global investment.

Merran Smith, executive director of Clean Energy Canada attributed the decline in spending to a “patchwork of provincial policies” and lack of a new federal policy support for renewable power.

In late February, Clean Energy Canada released a new report that showed between 2009 and 2015 the cost of wind power in the U.S. dropped 61 per cent, while the cost of solar power fell 82 per cent.

The report also noted that 2015 was the first time more money was invested in renewable power globally (US$367 billion) than in new power from fossil fuels (US$253 billion).