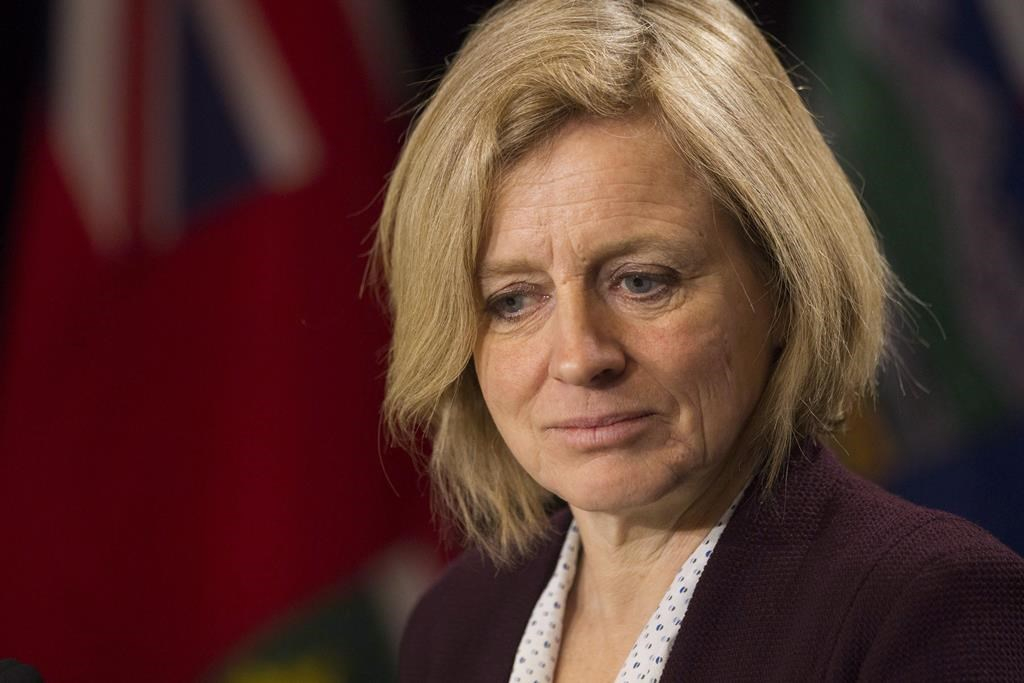 The rate in Quebec held firm in February at 7.6 per cent for the second straight month.

The provincial data was released with Statistics Canada’s latest labour force survey, which found the national unemployment rate crept up 0.1 of a percentage point for a third month in a row to 7.3 per cent while overall job growth remained flat.

Since it started collecting the data in 1976, the federal statistical agency said the only time Alberta’s unemployment rate has been higher than Quebec’s was during a four−month stretch between October 1986 and January 1987.

Alberta’s February jobless rate was also at its highest level since it reached 8.2 per cent in August 1995 and was up 2.5 percentage points from a year earlier, as employment fell by 21,200 net positions or 0.9 per cent. That decline included a drop of 56,300 full−time jobs.

BMO chief economist Doug Porter wrote in a note to clients that the "hefty" increase pushed Alberta’s unemployment rate to the highest level outside Atlantic Canada, which he labelled "an extremely rare situation."

"Historically, Quebec has been a have−not province and Alberta’s very much been the have province," Porter said in an interview.

"And the fact that we’ve got the classic, large have−not province with a lower unemployment rate than the traditional have province, I think is quite telling and basically speaks to the dramatic turnabout we’ve had in Canada, just the last year alone."

He noted that the last time Alberta’s rate was higher than Quebec’s also followed a crash in oil prices, when the price of oil fell from US$30 a barrel to $10 in about six months.

Treasury Board President Scott Brison said Friday that recent job losses in oil−producing provinces like Alberta are a reminder of the importance of diversifying the economy.

"We’ve had a slow−growth economy in Canada relative to a number of our peer countries since 2011," Brison said.

"And what falling oil prices has done is taken us from a slow growth to virtually no growth."

Across Canada, the labour market lost 2,300 net jobs in February compared with the previous month, though the agency deemed that figure statistically insignificant.

The consensus of economists had been for the addition of 9,000 net jobs, with unemployment remaining at 7.2 per cent, according to Thomson Reuters.

The number of net full−time positions fell by 51,800 in February, while less−desirable part−time jobs increased by 49,500.

By sector, the agency said the net number of jobs in natural resources fell by 8,900, while services industries lost 44,500 positions, with declines in education and health−care and social assistance.

By region, Statistics Canada found that Saskatchewan was among the hardest hit provinces last month, losing 7,800 jobs compared with January and seeing its unemployment rate climb 0.3 percentage points to 5.9 per cent.

British Columbia was the only province to see significant job increases in February, when it added 14,100 net new positions, although its jobless rate remained steady at 6.6 per cent.

Ontario, Canada’s biggest province, shed 11,200 net jobs last month while its unemployment rate inched up to 6.8 from 6.7 per cent. Compared with a year earlier, however, the province has gained 74,100 jobs.

Meanwhile, data also showed that self−employed positions across Canada increased by 3,000 last month, while the net number of employee jobs fell by 5,300.

The number of private−sector jobs rose by 15,200, while public−sector positions declined by 20,400. The youth unemployment rate climbed to 13.3 per cent from 13.0 per cent in January.