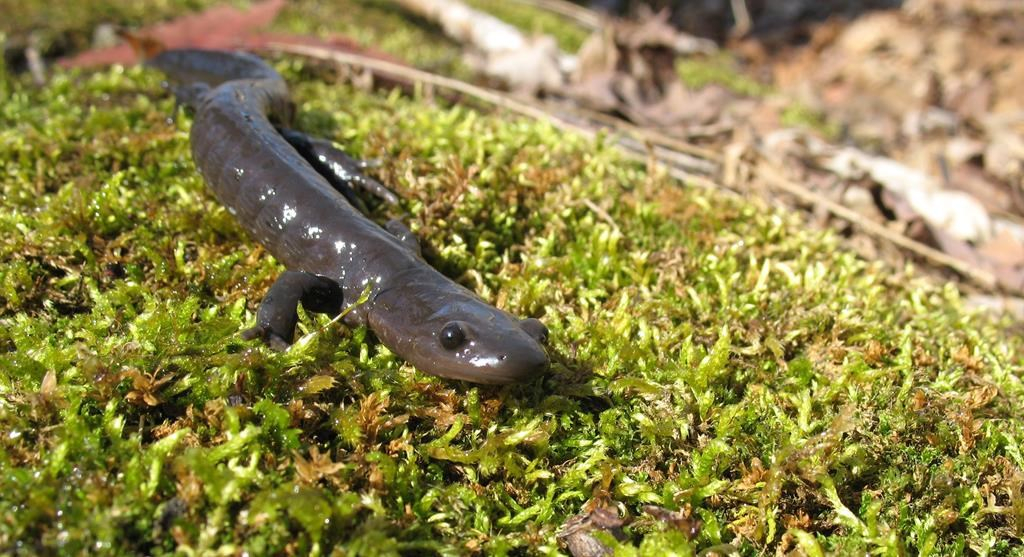 An endangered population of salamanders is getting some help from city officials during its annual breeding migration.

On rainy spring nights, the Jefferson salamanders make their way across King Road on the Niagara Escarpment to breed in forest ponds.

To prevent the amorous amphibians from being squashed by cars, the city closes a three−kilometre section of the road for about three weeks.

"The Jefferson salamander is a valuable part of the ecosystem in Burlington," Mayor Rick Goldring said on his Facebook page, noting the road will remain closed until April 6.

The salamanders, which feed on insects and worms, are grey or brown and grow up to 20 centimetres long. If lucky enough to escape natural and automotive hazards, a Jefferson salamander can live for 30 years, an unusually long time for such a small animal, the Ontario Ministry of Natural Resources says.

In Canada, the species is found only in southern Ontario, mainly along the escarpment, according to the ministry. The animals also live in parts of the northeastern United States.

Local conservation officials commend Burlington for rerouting traffic, but say it’s impossible to know if the number of salamanders has actually increased as a result of the measure, now in its fourth year. The species has been officially classified as endangered in Ontario since 2011.

"What we do know is that since there are no cars using the road, there is no road mortality during the sensitive time."