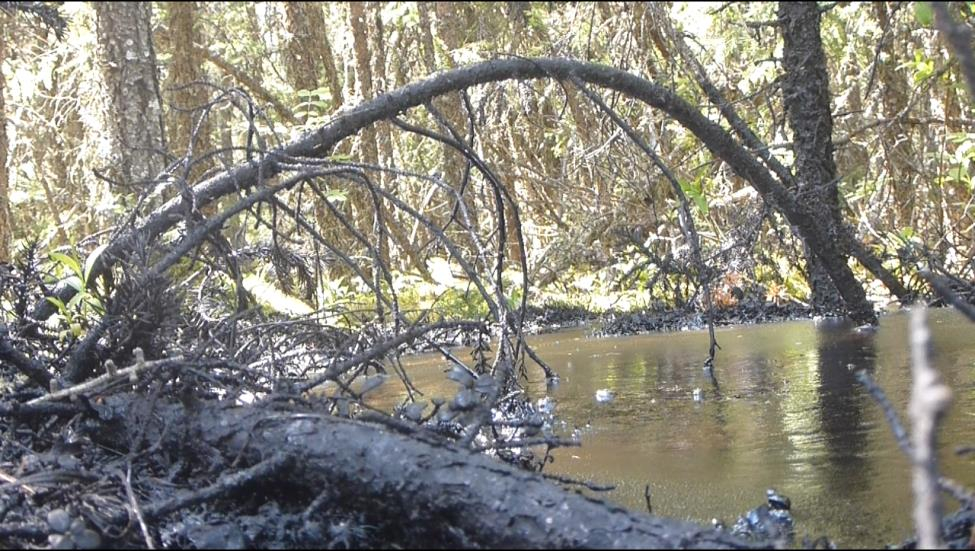 Excessive steaming was one of the factors that caused more than one million litres of oily water to ooze to the surface at an eastern Alberta oilsands site nearly three years ago, an investigation by the Alberta Energy Regulator has concluded.

The AER's report released Monday also said the bitumen-water emulsion was able to travel from deep underground through old unused wellbores, natural fractures and faults as well as man-made cracks in the rock.

"This is one of the most complex investigations we've ever undertaken," said Kirk Bailey, executive vice-president of operations at the provincial energy watchdog.

A separate investigation into a 2009 leak at the same site came to a similar conclusion.

Canadian Natural Resources Ltd. (TSX:CNQ) had been using an extraction method at its Primrose oilsands property called high-pressure cyclic steam stimulation, the safety of which has been questioned by environmental groups.

The technique involves injecting steam deep into a reservoir through a well, letting it soak so that the thick bitumen is liquefied, and drawing the oil up to the surface through the same well.

Pressure restrictions imposed at Primrose following the leaks discovered in May and June of 2013 have been made permanent to avoid a similar event from happening in the future.

"The company will not be able to pursue its original operating strategy at Primrose," said Bailey.

Cyclic steaming is widely used in the oilsands. Bailey said the AER took a broader look at other operations and concluded that they are safe.

The AER said CNRL didn't break any rules with its steaming technique.

Both the company and the regulator say the amount of bitumen that can ultimately be recovered at Primrose is unchanged. But the AER said it may just take longer to do so.

The AER's final report on Primrose follows probes by the company and by an independent technical panel.

The AER disagreed with CNRL's view that the wellbores were the main culprit.

As a result, the restrictions the AER is imposing are "more conservative" than they would have been if the wellbores were the main factor.

CNRL spokeswoman Julie Woo said knowledge the company gleaned as a result of its investigations should help lower the risk of a future seepages.

"Our enhanced operational practices and strategies — in place since July 2013 — includes modified steaming strategies, enhanced pressure monitoring and response strategies as well as remediation of wellbores to mitigate the risk of future seepages."

Chris Severson-Baker, with Pembina Institute environmental think-tank, said while other operators have a much better track record with high-pressure cyclic steam stimulation, "I think these incidents call into question whether this is a viable method for extracting bitumen in the future."

Adidas La Trainer Groen Zilver
Get a current appraisal in the property before going to some financial institution and request for funding. This evaluation can help you to get financing along with making the last choice about the amount of money to offer the owner in the home. Knowing the property's real worth will help you in many ways.

Pick an inverse color for your personal lure from your shade of this type of water. If the h2o is murky, try to use lighting coloured bait so that it is apparent towards the species of fish. On the other hand, in case the drinking water is obvious, make sure you use deeper shaded bait.