Ghomeshi acquitted on all charges of sexual assault and choking 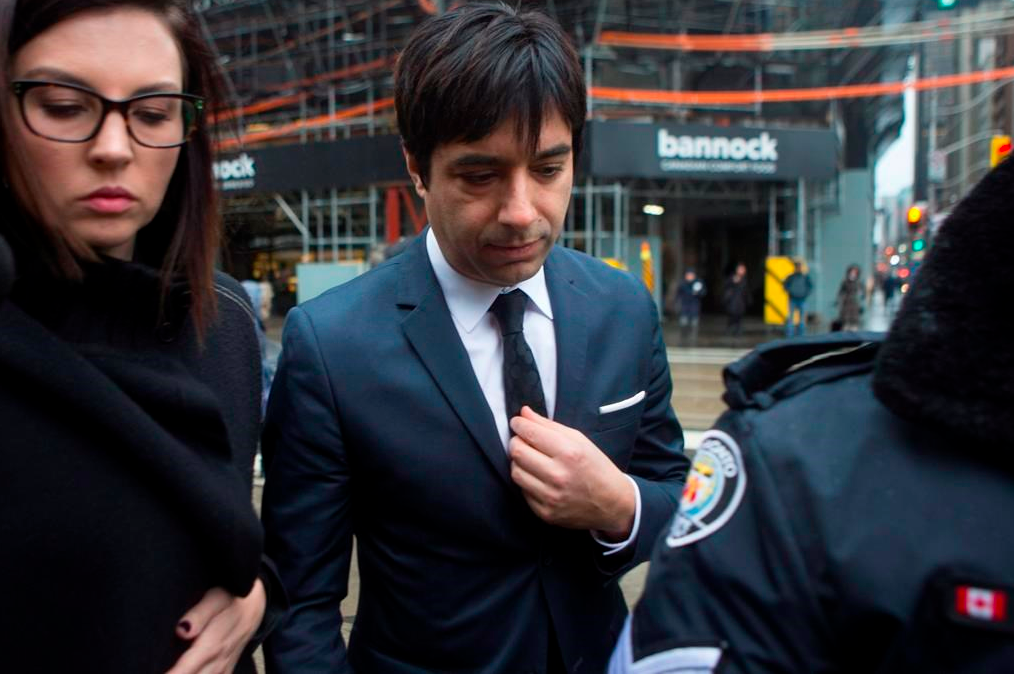 Former broadcaster Jian Ghomeshi was acquitted Thursday on all charges of sexual assault and choking following a trial that sparked a nationwide debate on how the justice system treats victims.

Ontario court Judge William Horkins said he simply could not rely on the three complainants given their changing and shifting memories and evidence that at times strayed into outright lies.

All he had to go on — as is usual in sexual-assault cases — was the complainants' credibility, which he said cross-examination showed to be sorely lacking.

"What is troubling is not the lack of clarity, but the shifting facts from one telling to the next," Horkins said of one of the three complainants.

"In cross-examination, the value of her evidence suffered irreparable damage," he said of another of the witnesses.

The former CBC radio host had pleaded not guilty to four counts of sexual assault and one count of overcoming resistance by choking involving three women. All three women testified they were being romantic with Ghomeshi when he briefly turned violent in incidents dating to 2002 and 2003.

Ghomeshi's defence argued the witnesses lied during testimony about their interactions with him and so were not credible.

Horkins agreed, at various times describing the women as having lied, been manipulative, and hiding pertinent information about their flirtatious and at times intimate contact with him after the alleged assaults.

"There is no smoking gun," the judge said. "There is only the sworn evidence of each complainant."

He said he couldn't fault their imperfect memories, but stressed their "suppression" of evidence and "deceptions" under oath made it difficult to trust them.

"The act of suppression of the truth will be as damaging to their credibility as a direct lie under oath," Horkins said.

The case showed the need for vigilance about the false assumption that sex-assault complainants are "always truthful," Horkins said.

However, he also stressed the acquittal was not the same as asserting the events in question never happened.

Horkins stressed the presumption of innocence in a criminal case is "not a favour or charity" and conviction requires "proof beyond reasonable doubt."

At trial, the testimony of his three accusers and their cross-examination by Ghomeshi's high-profile defence lawyer Marie Henein led to moments of drama.

The second complainant, actress Lucy DeCoutere, the only woman who can be identified in the case, testified Ghomeshi suddenly pushed her against a wall, started choking her and slapping her face when they had been kissing in his bedroom in the summer of 2003.

The third woman testified that she was kissing Ghomeshi on a park bench in 2003 when he suddenly bit her shoulder and started squeezing her neck.

Under cross-examination, however, the trial learned that the first women sent friendly emails and a bikini photo to Ghomeshi after the alleged assaults, asking him to contact her. She said she sent the emails as "bait,'' so she could demand an explanation for the alleged assaults but also testified that she didn't remember the emails when she spoke with police.

During DeCoutere's cross-examination, Henein produced an email the actress sent Ghomeshi hours after the alleged assault in which she expressed a desire to have sex with him. She also produced a hand-written letter the actress sent him days later that ended with the words: "I love your hands.''

The third complainant acknowledged only under questioning from Henein that she had deliberately misled investigators by not initially telling them she had a sexual encounter with Ghomeshi days after the alleged assault.

"(She) was clearly playing chicken with the justice system," Horkins said. "She was prepared to tell half the truth for as long as she thought she could get away with it."

Ghomeshi still faces a separate trial in June on one count of sexual assault.