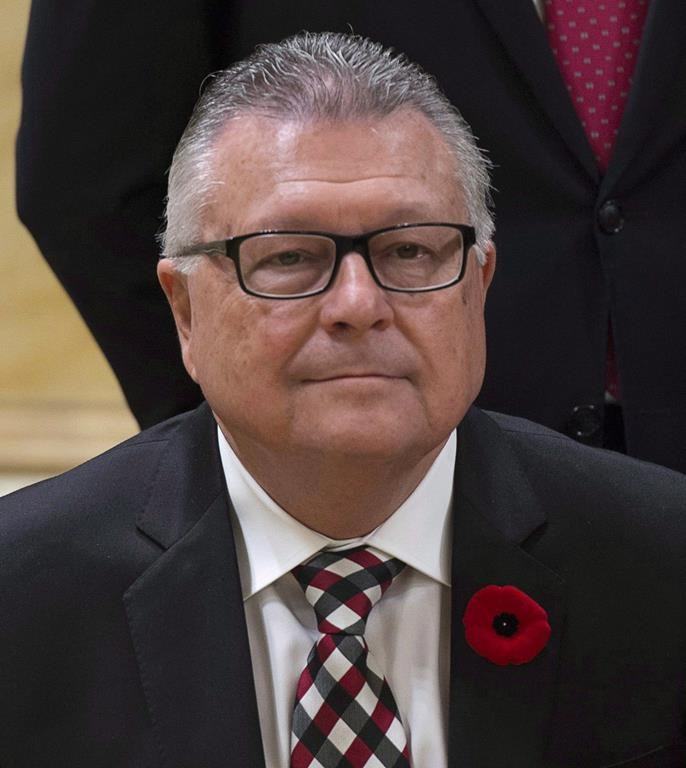 The federal government has issued guidance to Canada’s spy agency on using contentious new anti−terrorism laws — but most of the instructions won’t be made public.

Many passages of the ministerial direction to the Canadian Security Intelligence Service, issued last July, were withheld from release due to provisions of the Access to Information Act concerning security, internal deliberations and cabinet confidences.

The office of Public Safety Minister Ralph Goodale said ministerial offices are not involved in the processing of access requests, nor should they be.

But the federal decision to keep much of the ministerial direction under wraps did nothing to reassure those with concerns about C−51, the omnibus security bill that received royal assent early last summer.

The legislation gave CSIS the power to actively disrupt suspected terrorist plots, even allowing the spy service to take actions that breach the Charter of Rights and Freedoms as long as a judge approves.

"One of our greatest concerns with C−51 is that CSIS has been given extraordinary new powers, including the power to break the law and violate the Constitution," said Josh Paterson, executive director of the British Columbia Civil Liberties Association.

"While some details need to remain secret, it’s troubling that so much of the minister’s high−level, general direction to CSIS on how the agency should interpret its new powers is blacked out. The government should be more transparent about the direction it is giving our spy agencies as to how they should be accountable."

While the public safety minister does not dictate day−to−day decisions by CSIS, he periodically issues written directions to the spy agency that broadly guide its actions.

The July direction combined and replaced two previous instructions, one on spy agency operations and another on accountability to the minister. In drafting it, Public Safety officials consulted CSIS, Justice Canada, the RCMP, Foreign Affairs and the office of then−public safety minister Steven Blaney.

The direction set out "overarching parameters for CSIS’s use of its new powers" under C−51 and Bill C−44, which addressed matters including source protection and use of judicial warrants, says a July 29 memo to Blaney.

Elements of the direction that were released to The Canadian Press mention fundamental principles CSIS must follow, including respect for the rule of law and the use of operational methods "reasonable and proportional" to the threat.

The direction also stresses the fair treatment of human sources who help CSIS and says the spy service’s activities abroad must respect Canada’s foreign policy interests as well as the security of overseas missions and personnel.

However, the details on how all this must be done have been stripped out of the direction and several annexes.

Forcese said the direction should include things like guidance to CSIS about being careful not to step on the RCMP’s toes and potentially derail a criminal prosecution.

"I think we need to know some of these details," said Forcese, who questioned classification of parts of the direction as cabinet secrets.

Scott Bardsley, a spokesman for Goodale, said responsibilities for Access to Information requests are delegated within each department and are processed outside of ministers’ offices.

"Avoiding political interference or the appearance of it is crucial for the integrity of the regime. We don’t have a comment on particular decisions," he said.

"Having said that the goal of our government is to make government information open by default. In the meantime, we have to operate under the existing act."