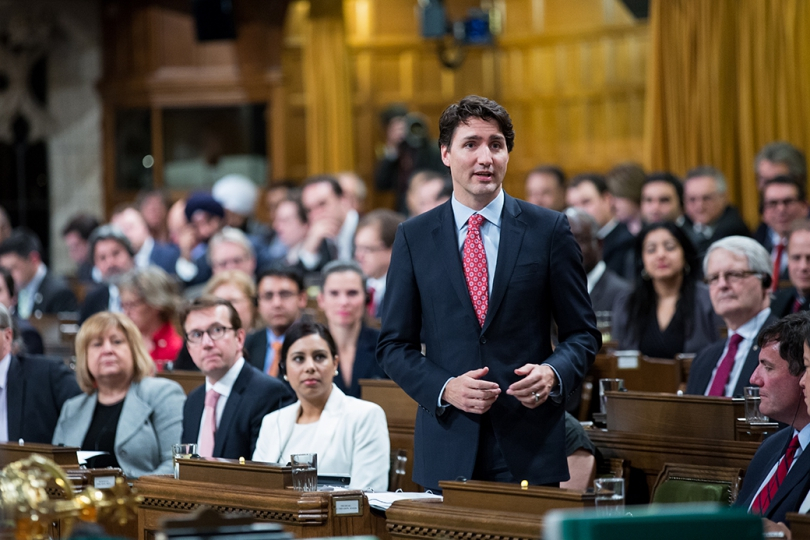 With the first major test of the federal budget behind him, Prime Minister Justin Trudeau is still enjoying the confidence of Canadians.

One out of two Canadians (51.5 per cent) prefer Trudeau as Prime Minister compared to 17 per cent who favour federal, interim Conservative leader, Rona Ambrose, according to a new weekly poll on Tuesday.

The Nanos Party Power Index conducted by Nano Research combines a series of measures, including ballot preferences and impressions of the leaders.

Only 11.6 per cent would choose NDP leader Thomas Mulcair, and only 3.9 per cent registered a preference for the Green Party’s Elizabeth May. Fifteen per cent of those polled remained unsure.

While Ambrose registered a 2.4 percentage point increase during federal budget week, Trudeau still retains a healthy margin when it comes to voter confidence.

Ambrose criticized the budget, calling it reckless spending without a job creation plan and told media that it was "a bad day for the taxpayers of Canada."

But that hasn't dampened Canadians' support for Trudeau.

Trudeau also led when respondents were asked about the qualities of a good political leader.

Asked a series of independent questions for each federal party leader, 66.7 per cent of Canadians believe Trudeau has the qualities of a good political leader.

Both Mulcair and May registered higher than Ambrose on that question as well, respectively gaining 56.1 per cent, 38 per cent and 36.4 per cent of the respondents’ approval.

The data is based on random telephone interviews with 1,000 Canadians, using a four-week rolling average of 250 respondents each week, 18 years of age and over.

The telephone surveys are accurate 3.1 percentage points, plus or minus, 19 times out of 20.