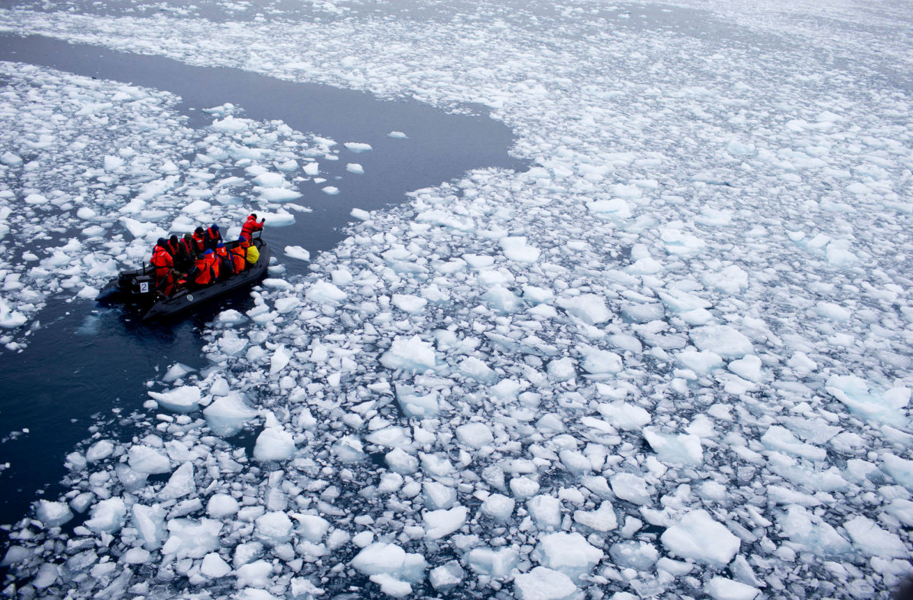 The signs could hardly be more clear, the Times said.

Scientists reported that 2015 was by far the hottest year on record. This year could break that record, with February smashing previous records by an astonishing margin. Flooding has overwhelmed cities like Miami.

Former NASA climate scientist James Hansen and other experts issued a report in March that perilous climate changes could hit us in the next few decades—well within our lifetimes. And people won't be anywhere close to prepared.

If carbon dioxide emissions from fossil fuels continue unabated, the vast West Antarctic ice sheet could begin to disintegrate, causing the sea to rise by five to six feet by the end of the century, destroying coastal cities and low-lying island nations and creating environmental devastation within the lifetimes of children born today [...] things could get worse in the centuries to come — the melting from Antarctica alone, not counting other factors like thermal expansion, could cause the seas to rise by nearly 50 feet by 2500, drowning many cities.

But the collapse of Antarctica is not totally inevitable —yet.

That's why news reporting on climate is urgent.

Day-by-day updates on climate change is going to be crucial for survival. That's why National Observer is launching Reports from the Race Against Climate Change.

Today, the world faces the real prospect of a leadership that not only denies climate change, but wants to revitalize the coal industry. This will spell disaster.

National Observer's reporting will keep this urgent topic from disappearing out of the headlines.

Please back Reports from the Race Against Climate Change today.