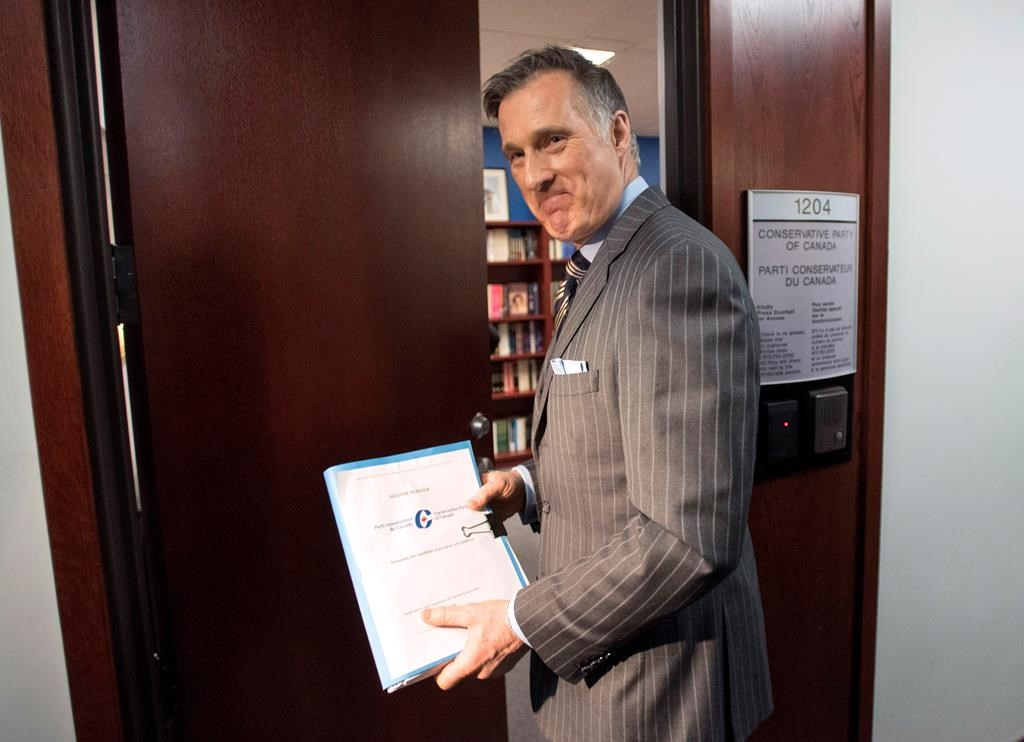 Quebec MP Maxime Bernier became the second official contender for the permanent leadership of the Conservative party Thursday, saying while there may be more than a year to go until the winner is chosen, he's ready now.

"It's time for our conservative movement to have a leader who speaks openly, with passion and conviction, what it is to be a conservative and that's what I want to do," Bernier said as he arrived at Conservative headquarters in Ottawa to file his nomination forms.

Bernier, 53, may end up with the distinction of being the lone contender from Quebec, the only province where the Tories actually increased their seat count in the last election.

He was drawn into federal politics in 2006 in an effort by the Tories to reverse their failure to win any seats at all Quebec in 2004. He captured his riding of Beauce with 67 per cent of the vote that year and has easily won re-election every time since.

He said he expects he'll have a strong campaign in Quebec but that he's running to represent all Canadians.

Bernier has long been a champion of supply management in his province, an economic philosophy seemingly out of step with his other more libertarian views about removing government involvement from the private sector.

He said Canadians should stay tuned for more discussion of those and other policies.

He's also aware he has baggage. Bernier was turfed from his post as foreign affairs minister in former prime minister Stephen Harper's cabinet after leaving confidential papers at the home of his then-girlfriend.

"They will know the man behind the politics."

While Bernier says he's running now because he's ready, there are other factors at play for him, as well as anyone else deciding when to officially enter the race.

Annual limits on donations to leadership campaigns mean anyone who signs up in 2016 can get people to donate the maximum twice — this year and next. Conservatives will vote for a new leader on May 27, 2017.

Selling memberships is another key goal. Members who want to vote in the race must have been signed up prior to March 28, 2017, but there's an incentive in place to get it done faster.

The party is reimbursing candidates $5 for every member they sign up between now and the end of October and a $5 fee if they're signed up after Feb. 28, 2017 — the cut-off date for registering to run in the race.

There are currently more than 100,000 members of the Conservative party. A single year's membership costs $25.

Calls begin for a national inquiry into Harper damage