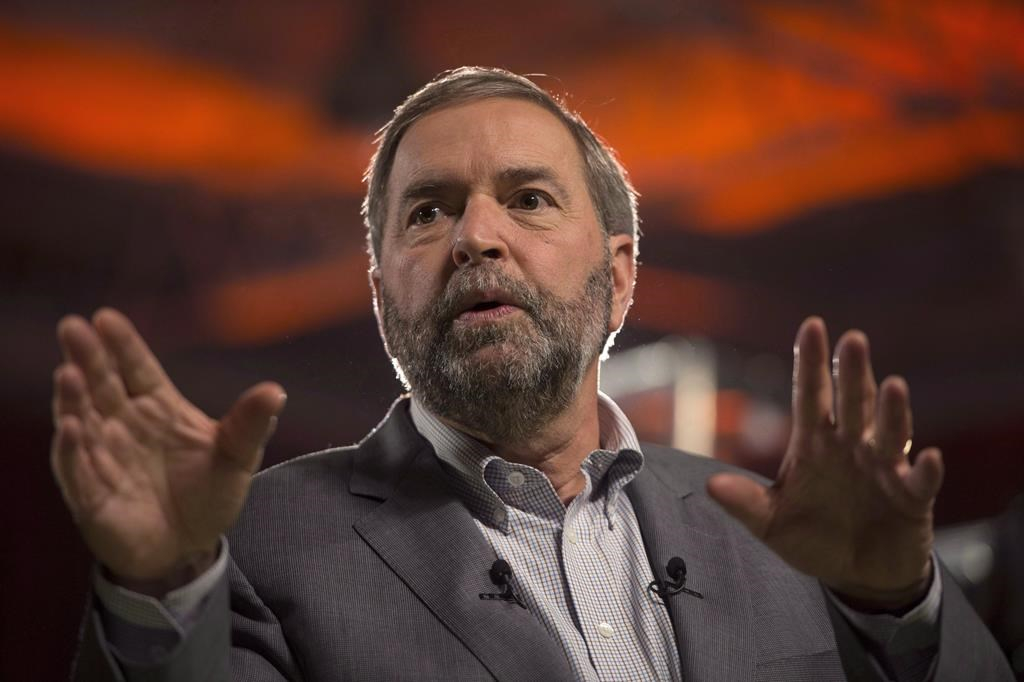 With the New Democratic Party Leader’s political future hanging in the balance, the NDP’s youth wing is split on whether to back Thomas Mulcair at a crucial weekend convention.

The party gathering is the first major meeting for New Democrats from across the country since their disappointing third place finish in last fall’s federal election. On Sunday, about 1,500 delegates will vote on whether they have confidence in Mulcair to continue as leader.

Most political observers have suggested that Mulcair needs at least 70 per cent support to stay on. Some, like former NDP MP and finance critic Peggy Nash, have blamed him for the party's "spectacular failure" at the polls, going from 103 seats in 2011 to 44 seats in 2015.

The initial reaction of NDP youth would suggest Mulcair has his work cut out for him.

'We don't tell that story' of the NDP

Sean Illman-White, a New Democrat from Ottawa, told National Observer that the party needed a leader that could sell the NDP and inspire the country.

“We talk about not leaving anyone behind, about building the Canada of our dreams, but we don’t tell that story,” Illman-White said at an NDP youth wing event on Thursday evening at a local Edmonton pub. “Mulcair hasn’t been a good storyteller.”

The youth wing held its own vote on Thursday and 48 endorsed Mulcair’s leadership, 48 voted against. Ten abstained from voting.

Mulcair’s NDP started the marathon 2015 election campaign last August, with many polls showing the party could win the election. But instead, the federal Liberals overtook them, and they dropped to third place, losing more than half of their caucus, including prominent MPs such as Paul Dewar, Megan Leslie, and Pat Martin.

Isaiah Bemrose-Fetter, a New Democrat from Vancouver, said he is continuing to support Mulcair’s leadership because he believes that NDP executives should share the blame for the disastrous campaign.

“We restricted angry Tom and turned him into creepy Tom,” says Bemrose-Fetter, about the campaign's effort to soften his image.

With his sharp, adversarial style, Mulcair is a good fit with the party's leadership, according to Bemrose-Fetter.

“The NDP is bombastic,” said Bemrose-Fetter. “It is about fighting for the rights of the people.”

Wishing for a Canadian Bernie Sanders

Kiana Saint-Macary, a young delegate from Montreal, said she just hasn't found Mulcair inspiring. He hasn’t been able to sell socialist policies to the mainstream public as Senator Bernie Sanders has been able to do during the U.S. Democratic party primaries, she said.

“I wish I felt everyone (in the NDP) was rallying behind someone,” she said.

Many of the young delegates interviewed by National Observer said they wanted the party to uphold its values at all costs.

“I’m happy to lose elections — as long as we defend the rights of people,” said Bemrose-Fetter.

“If I wanted to sell out my values to win elections, I would have joined the Liberals,” said Saint-Macary.

The youth wing also supported a motion on Thursday for the NDP to adopt the Leap Manifesto in its original form. This manifesto, introduced in the middle of the election campaign, called for Canada to leap forward with major new initiatives to reconcile its relationship with Indigenous peoples and to make a significant economic transformation to tackle the threat posed by climate change.

Avi Lewis, a journalist and one of the original members of the Leap Manifesto, said the youth wing’s support showed that they want the NDP to move further to the left.

“The youth feel to the marrow of their bones the issue of climate change and inequality,” Lewis said.

Millennials — loosely defined as people in their 20s and 30s — are the first generation that would have a lower quality of life than the previous one, said Lewis. They face problems ranging from climate change as well as persistent cuts to government services, he said.

“Let’s not candy-coat it. The Leap Manifesto is a real left-wing document.” Lewis said, who explained it as a growing and changing blueprint to create a better Canada.

The NDP youth endorsed a proposal that requests an amendment to the party constitution to make it more accommodating to lesbians, gays, bisexuals, and transgender people or to anyone questioning their sexual orientation.

They also approved a motion that requested Mulcair and the party leadership apologize for its treatment of pro-Palestinian candidates.

NDP riding associations back Leap Manifesto ahead of party convention