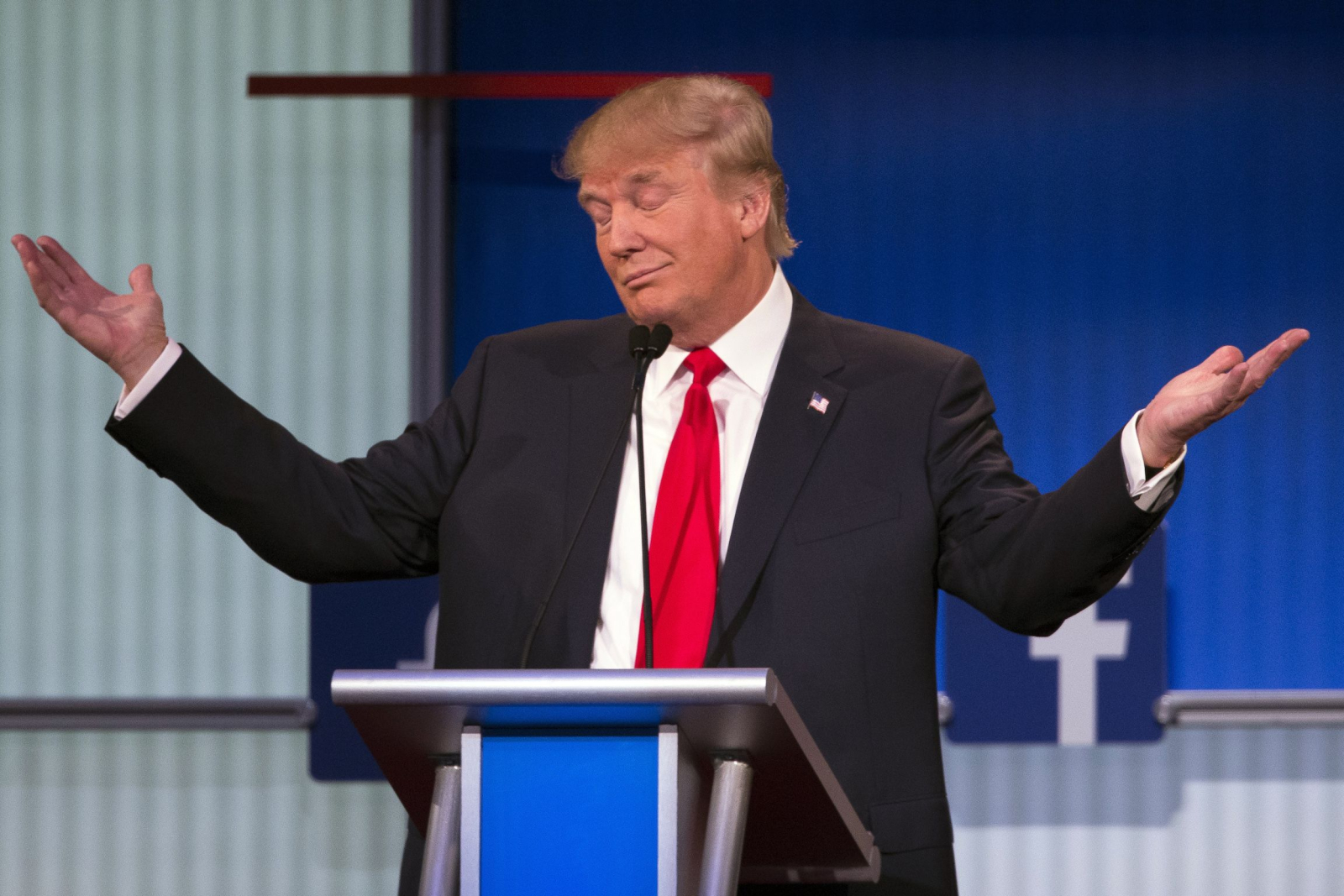 Donald Trump’s defeat in the Wisconsin primary is the story of a fall foretold.

The rise of “The” Donald was never proof that low-road, divisive, dog-whistle, race-to-the-rhetorical-bottom, vulgar and intolerant behavior always pays in politics. Sometimes it does, but not always.

In the 2015 Canadian election, Prime Minister Harper’s apparent lack of compassion for Syrian refugees, his opposition to the niqab in citizenship ceremonies, his advocacy of stripping citizenship from dual nationals, and the creation of a barbaric practices snitch line, compelled Canadians to ask: what kind of country are we?

That same kind of question will spell Trump’s demise.

Trump’s explosion onto the scene defied pundits and the GOP establishment. By attacking China, Mexico, trade deals, terrorists, Muslims, and immigrants, Trump articulates widely-felt grievances. Many US voters have come to doubt whether they have any influence over politics.

As a matter of fact, they’re right to wonder: studies show average citizens have little influence compared to those with great wealth and organization.

For those who feel left behind by a cosmopolitan and politically-correct world, Trump’s language is refreshingly transgressive, vulgar, emotive, and above all, entertaining. He embodies the merger of politics and entertainment: the primary election has become a reality-show contest.

Political scientists often struggle to understand why people vote. Is it even rational to vote given the marginal impact of a single ballot? A better question would be: why do we watch reality TV?

Nowadays, there is not a whole lot of difference.

Voting in a system corrupted by money, in which parties are mere PR agencies for candidates, and the media is dominated by corporate interests, is less about choosing representatives and influencing policy, and more about vicarious identification with winners and losers. The game is rigged — everybody knows, as Leonard Cohen put it — but we still want to see the outcome of the great spectacle, the virtual Colosseum.

In this, the media have been a great enabler, giving Trump billion of dollars of publicity for free.

Trump has good intuitions for what moves his base. Research has shown that one of the best predictors of conservatism is disgust reactivity. Through allusions to menstruation, urination, perspiration, and profanity, he taps into disgust, which is closely associated with a conservative concern for purity and fear of pollution.

Equally visceral is the ridicule he heaps on his adversaries: they have low-energy personalities or ugly wives. Even a journalist’s handicap is fair game for his mockery.

Trump evokes the authority of the father figure, complete with dutiful children and submissive younger wife. Authoritarian attitudes are good predictors of support for his candidacy. A key feature of the authoritarian personality is intolerance of ambiguity.

Intolerance of ambiguity encourages “truthiness”: the view that gut feeling and instinct matter more than facts or evidence. The whole idea of a border wall between the U.S. and Mexico is a figment of truthiness in politics.

When confronted with real objections, Trump responds with characteristic truthiness: “The wall just got 10 feet taller!”

The Donald’s immense net worth is, perversely, seen as a political asset by his supporters: they presume he cannot be corrupted by special interests. Such naivety is shared by every victim of the con artist. Trump’s rise heralds the advent of politics not as a market but as a speculative bubble.

This is a game for which he, a classic rent–seeker and speculator, is uniquely suited. His ruthless egocentrism has taken him far in business, but it won’t work in politics.

What The Donald doesn’t get, because he is a poster-child for narcissism, is the impact of his words and actions on others. Trapped in a low-empathy personality, he cannot understand how other people might feel – certainly not how they might be hurt by his words.

Like a virus preying on a sick organism, Trump will run his course or tear apart the Republican Party.

His defeat in Wisconsin makes a contested convention more likely. Should he emerge as the eventual nominee, an unprecedented Republican defeat in the presidential elections will surely follow.

If he is not nominated, the narcissistic rage will be a spectacle in itself. Either way, a colossal fall is in the making. For those who think civility in politics is merely the whiny complaint of the pietist, prepare to watch the very real effects of politics stripped of all ethical restraints.

Maxwell A. Cameron is the Director of the Centre for the Study of Democratic Institutions, which provides training for future politicians, and is a research associate with the Canadian Centre for Policy Alternatives’ BC Office.