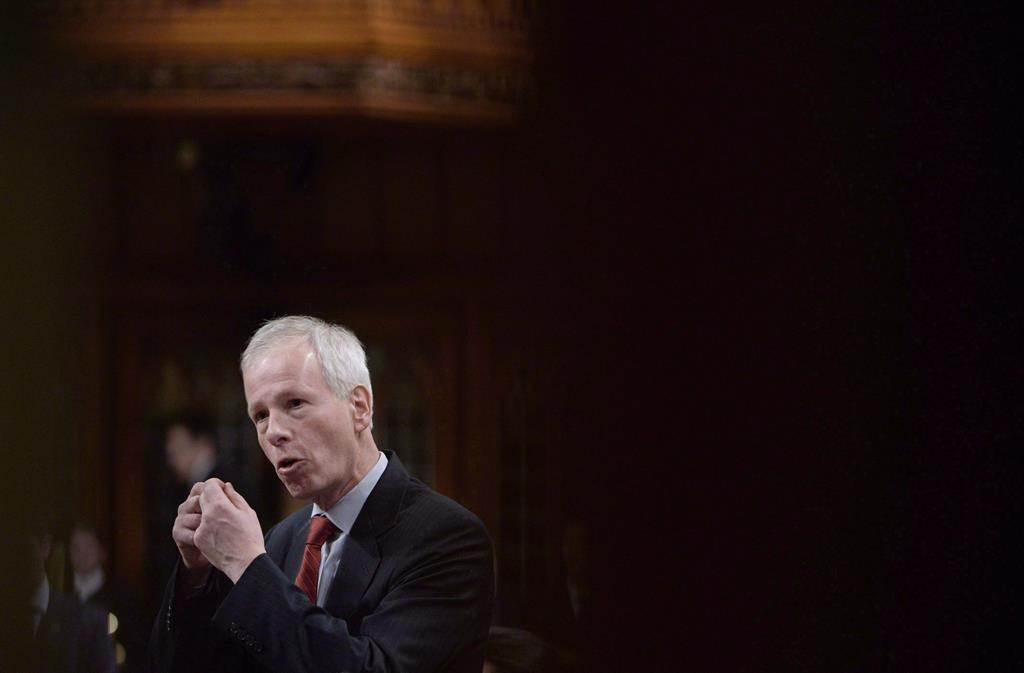 Foreign Affairs Minister Stephane Dion has released documents showing the minister approved the export of $11 billion worth of the $15 billion in light armoured vehicles destined for Saudi Arabia as part of a controversial defence contract.

The documents shed new light on the controversial Saudi deal, as well as the Canadian government’s view of the murky world of Canadian arms exports to a volatile region.

They indicate that Dion approved the export of the LAV3s after government officials advised him that they were satisfied the Saudis would not use the combat vehicles against their own people, but instead would use them to defend Canada’s common security interests with the desert kingdom.

The documents, which Dion’s office gave to The Canadian Press on Tuesday night, cite the ongoing fight against Islamic State militants, in which Saudi Arabia is an ally with Canada, the United States and a coalition of several dozen countries.

The documents also show for the first time how the Canadian government views Saudi Arabia’s past involvement in helping quell the Arab Spring unrest in neighbouring Bahrain in 2011, and its ongoing involvement in trying to suppress the ongoing revolt in Yemen.

In both of those crises, questions have been raised about whether Canadian military exports to Saudi Arabia have been used in human rights abuses.

Since then, groups such as Amnesty International and Project Ploughshares have called on the government to cancel the $15−billion deal that would see a southwestern Ontario company build and supply LAV3s to Saudi Arabia.

The previous Conservative government approved the Saudi LAV contract and the Liberals have decided to honour it because they say cancelling it would lead to costly financial penalties that would hurt the country’s long−term business interests.

Dion has said the government would closely examine all future Saudi export permits with an eye towards ensuring they are consistent with international law, human rights and national interests.

The documents acknowledge the controversy surrounding the deal, but conclude there are no violations that would justify cancelling it.

The analysis in the documents — stamped "Secret" — also acknowledges the poor Saudi human rights record, but it concludes there’s no tangible link between it and the Ontario−made LAV3s.

"Canada, like others in the international community, remains concerned about human rights issues in Saudi Arabia," the document says.

It cites reports of the high number of executions, the suppression of political opposition and freedom of expression, arbitrary arrests, ill−treatment of detainees, limitations on freedom of religion, discrimination against women and mistreatment of migrant workers.

"Working with the Saudis allows us to hold them to account and creates opportunities to make progress on a range of issues, including human rights."

The documents note how a United Nations panel of experts has concluded that all parties to the ongoing conflict in Yemen, the Saudis included, have violated international humanitarian law by contributing to the high death toll of civilians.

But the Canadian assessment concludes that there is "no indication that equipment of Canadian origin, including LAVs" were in use there.

The document addresses reports that Canadian−made sniper rifles have surfaced in Yemen showing them in the possession of Houthi rebels. It says 1,300 of the weapons were exported to Saudi Arabia under valid permits, but says the Canadian embassy in Riyadh has concluded they were captured from Saudi forces by Houthi fighters in fighting along the border.

"This type of battlefield loss of equipment is to be expected as a result of military operations," the document states.

The document also addresses concerns that the Canadian LAVs were used by the Saudis to suppress Arab Spring revolts in Bahrain in 2011.

"To the best of the (Foreign Affairs) Department’s knowledge, Saudi troops were stationed to protect key buildings and infrastructure, and did not engage in suppression of peaceful protests."