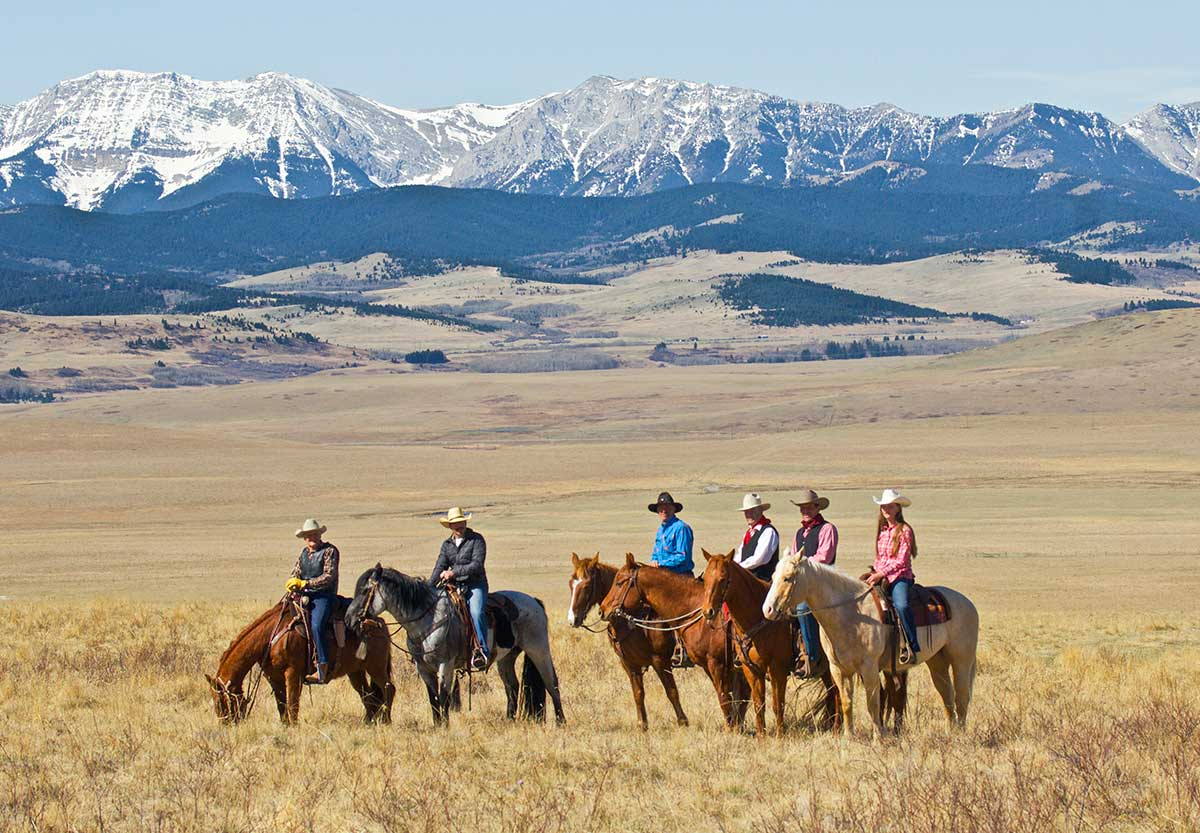 CALGARY — A group of southern Alberta ranchers has teamed up with an environmental charity to protect an untouched prairie paradise first preserved by an eccentric pair of bachelor brothers.

The historic King Ranch has come under a conservation easement that already protects a wide swath of grasslands and foothills southwest of Calgary. That means the one−time ranch’s 1,700 hectares will be off−limits to developers and will be added to more than 12,000 hectares already conserved.

"When you’re looking at this grassy basin from a ridgetop, you can close your eyes and imagine yourself being in 1850," said Larry Simpson of the Nature Conservancy of Canada, which bought the easement.

"It’s just as it was made. It’s the last one per cent of the northern Great Plains that still has bears, wolves and cougars."

The land was bought by the Waldron Grazing Cooperative, a group of 72 shareholders who ranch along Highway 22, known in Alberta as the Cowboy Trail for its rich history and stunning vistas of open, rolling country backdropped by snow−clad peaks. The $11−million purchase was made possible by the conservancy agreeing to buy a conservation easement on the land.

Simpson said the ranchers made the biggest contribution by agreeing to take less for the easement than it was worth.

"It just showed that we wanted this to go on into the future," said Gerald Vandervalk, head of the co−operative. "In a sense, it locks up that grassland so that we would have access to good grazing.

"We pride ourselves on being really good stewards of the grass," Vandervalk said.

The conservancy raised the money through federal and provincial grants as well as private donations.

The land is the remnant of the old King Ranch, once one of the largest in the West. For decades, it was owned by the King brothers — local legends who even inspired a book.

Harold and Maurice King were born in the early 1900s and had a rough upbringing, said Simpson, who grew up in nearby Pincher Creek, Alta. When they finally broke away from their father, their experiences made them value financial security above all else.

They lived their entire adult lives in a log cabin on their land.

"They lived together as bachelors and saved every penny," said Simpson. "They were the wealthiest ranchers in southwest Alberta, but lived like paupers.

"I can remember growing up in Pincher Creek, seeing them on Main Street, binder twine for belts, hair growing in every direction, clothes looking like they must have slept near the creek last night. But my mother told me, ’No no no — they’re the wealthiest guys in the whole area.’"

Their one−time homestead now joins other protected areas in the Alberta foothills. Some energy development exists on carefully restricted terms and future proposals would be considered case by case.

Simpson said the strip of land on the eastern slopes of the Rocky Mountains is only four per cent of Alberta’s area, but is the source of water for nearly half of its population.

"And it inspires us."