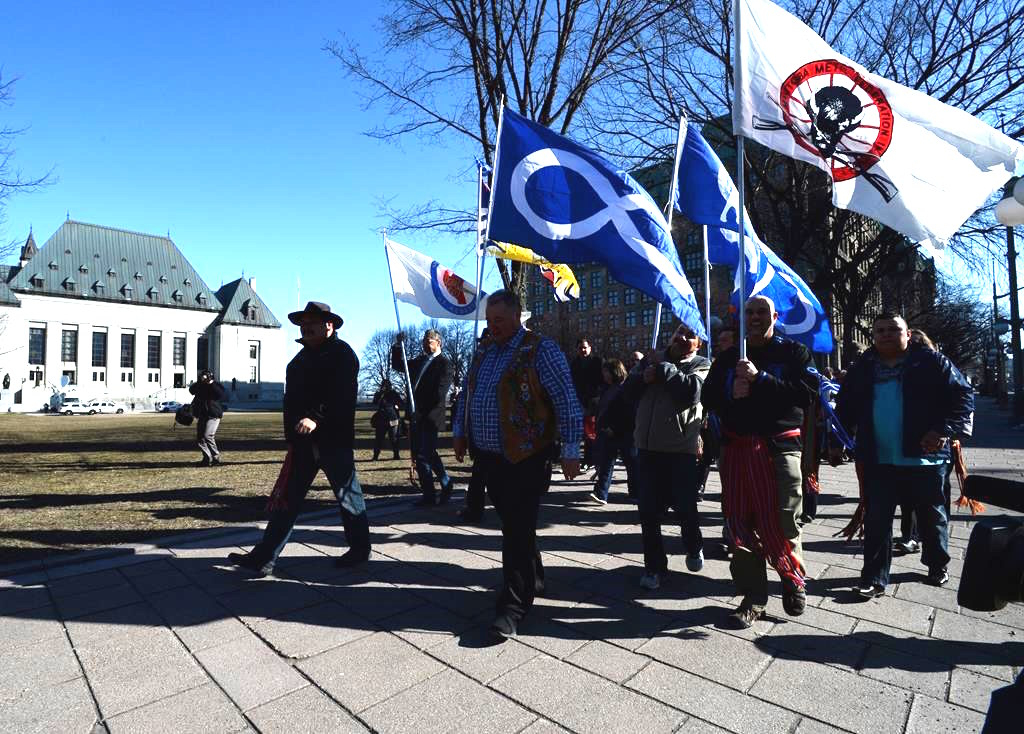 Métis. Photo by The Canadian Press.
Previous story
Next story

It's been a long time coming. And for too long they've lived in cultural limbo.

But the Supreme Court of Canada, in a 9-0 unanimous decision, has finally granted Canada's Métis "Indian" status under the 1867 Constitutional Act. Following the decision, across the country, reactions indicate that Métis communities are welcoming the decision as one that will give them long-awaited rights and strength.

Ron Quintal, president of the Fort McKay Métis Community in Alberta, told The Canadian Press: "This is going to allow us to have an actual voice where industry and government have no choice but to work with our people.”

"Today is a day of excitement and celebration, and a way of moving forward," said Duane Morrisseau-Beck, who's originally from Manitoba but has lived in Ottawa since 1999.

"I think it's finally a path that our nation can start moving forward on in terms of our recognition, and access to the programs and services, he said. "And to being in those important discussions — nation to nation discussions — regarding Métis issues and Métis rights."

The Supreme Court considered three aspects of the case, “that Métis and non-status were 'Indians' under section 91(24) of the Constitution Act of 1867, that the federal government had a fiduciary duty and an obligation to negotiate and consult on their rights.” The court ruled in favour of all three points, according to a report by APTN.

The decision concludes a 17-year-old suit between the Congress of Aboriginal Peoples and the federal government. Members of the congress alleged that they were being discriminated against by those who considered them “not Indian.” After a series of appeals the Supreme Court agreed to hear it.

Gabriel Daniels, whose late father Harry Daniels began the suit in 1999, said “I haven’t had a chance to sort of breathe and let it sink in.”

The ruling opens the door to negotiations on land rights and federal support for communities that were previously unrecognized by the government. However, as the Globe and Mail points out, it doesn't mean that Ottawa is ordered to immediately "provide certain programs and benefits to the Métis and non-status Indians." It has given hundreds of thousands of people the legitimacy to seek benefits and input.

Prime Minister Justin Trudeau described the decision as “a landmark ruling that will have consequences and impacts right across the country.”

Writing for the court, Justice Rosalie Abella, said that the ruling has brought Métis and non-status natives out of a "jurisdictional wasteland with significant and obvious disadvantaging consequences," and that "Both federal and provincial governments have, alternately, denied having legislative authority over non-status Indians and Métis."

When the case was initially heard in federal court in 2013, the judge ruled that while Métis and non-status people were considered “Indians” under the constitution, the government did not have any additional obligations to them. A 2014 appeal ended with the same result.