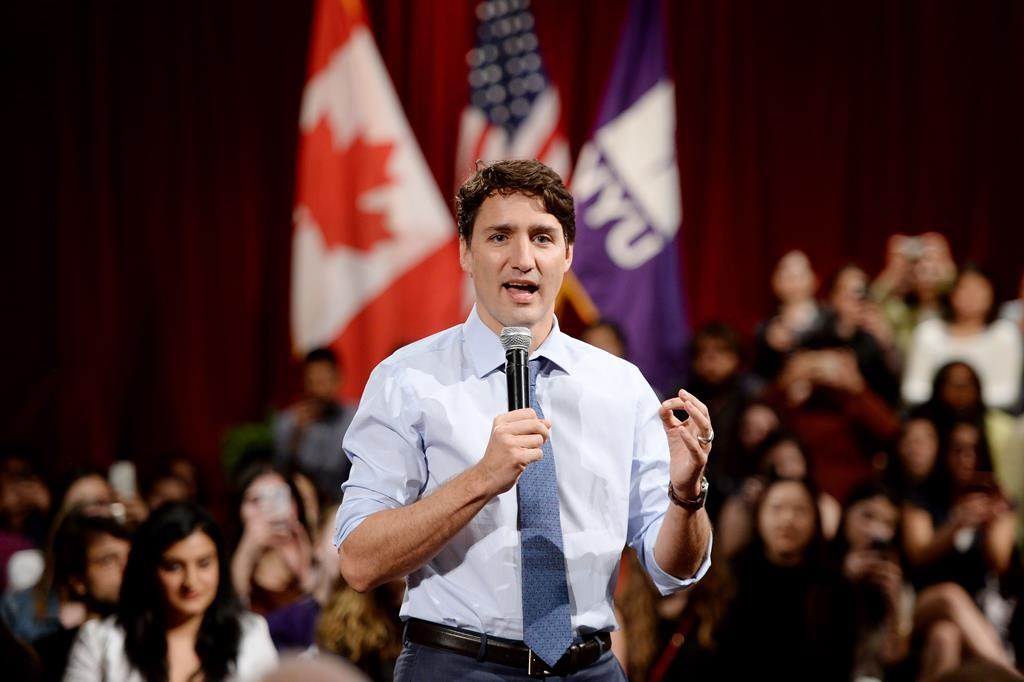 Justin Trudeau donned his boxing gloves again while visiting New York to sign the Paris agreement, which will also be signed on Friday by world leaders including U.S. President Barack Obama and Chinese President Xi Jinping.

Trudeau had his workout at Gleason's Gym, the historic Brooklyn-based training ground for many of boxing's brightest stars.

At New York University, Trudeau also spoke about how Canada's energy resources shouldn't be demonized, about how transporting oil by rail is much more dangerous than by pipeline, and how it's important to include First Nations' input when it comes to energy projects.