Big spending could create over 100,000 green jobs in Alberta: Greenpeace 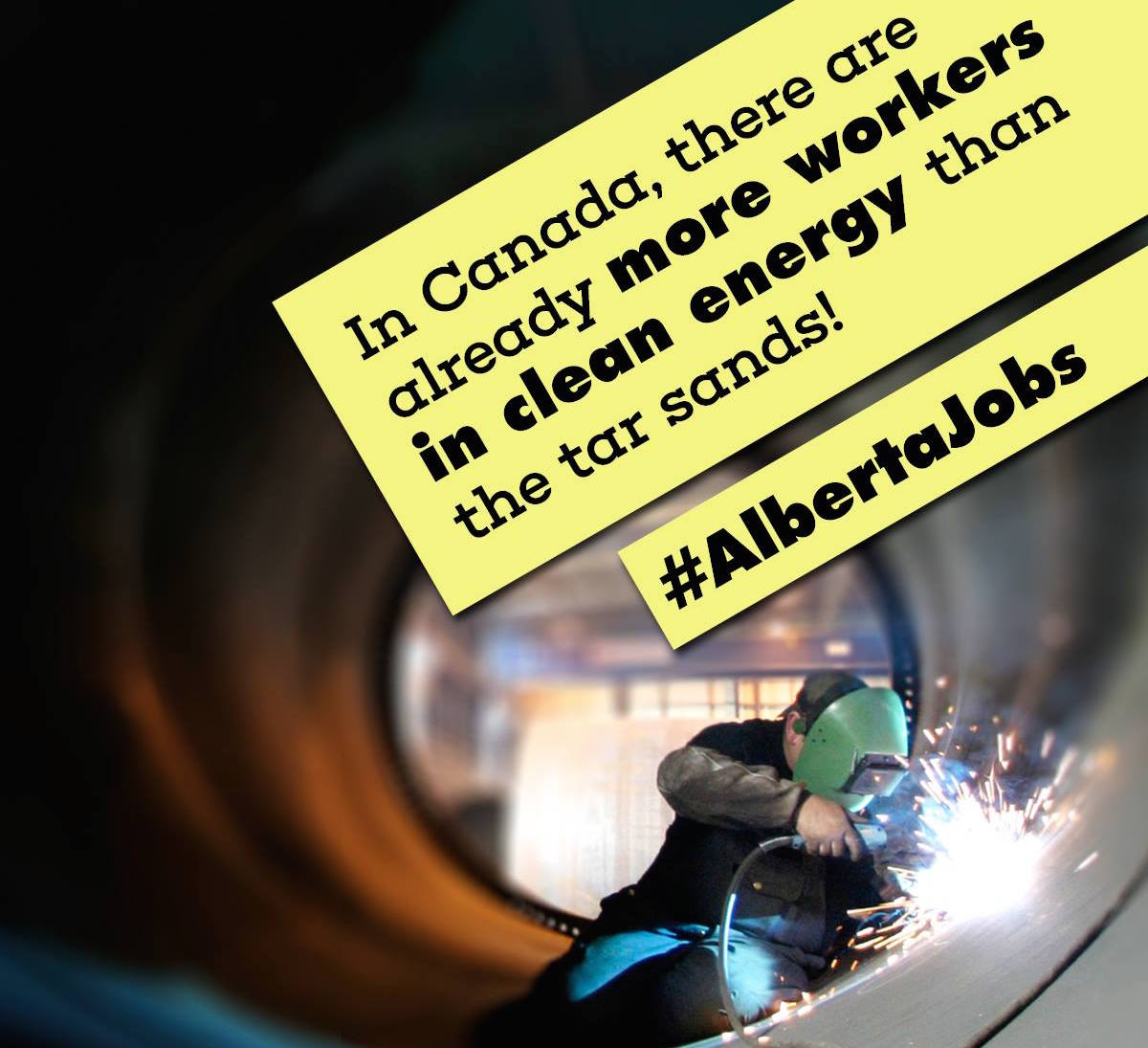 A new Greenpeace report says Alberta could create over 100,000 jobs through an ambitious slate of renewable energy, mass transit and energy efficiency projects.

The report, released Friday, says that by boosting spending above current promises the NDP government could replace the thousands of jobs being lost in the oil and gas sector with green jobs.

Wind, solar, and geothermal energy projects could create another 47,000 jobs if incentives are introduced that boost renewables’ share of the energy market to nine per cent by 2020, compared with the government’s target of up to 30 per cent of the market by 2030.

And some 30,000 jobs could be created if the government committed to fund five light rail lines in Edmonton and two more in Calgary in addition to the Green Line, at an estimated cost of $3.6 billion. That compares with $2.2 billion the government has committed over five years for green infrastructure projects, including transit.

The Greenpeace report comes out only days after the labour market research wing of industry group Enform said Canada’s oil and gas industry could lose an additional 24,400 jobs this year if oil stays below US$60 a barrel, which would bring total direct job losses in the industry to more than 52,000 since the start of 2015.

The Enform report said, however, that it expects hiring to start rebounding next year as energy prices recover and more older workers retire, with net hiring of between 46,435 and 55,305 expected between 2017 and 2020.

By Daniel León Rodríguez | News, Energy | March 28th 2016
Reports from the Race to a Safer World