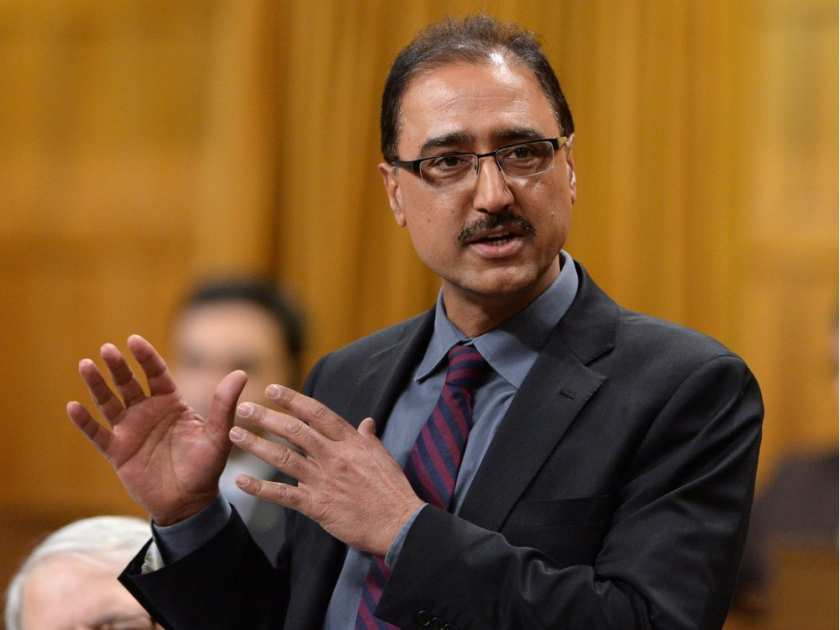 OTTAWA — Provincial governments are being told the first phase of the Liberal infrastructure program will cover the cost of new projects, as long as they are completed in three years.

The message is contained in letters from federal Infrastructure Minister Amarjeet Sohi to his provincial counterparts to be made public today .

Project costs for transit and waste−water and water−treatment projects will be eligible retroactively to April 1, "so work can begin immediately," Sohi writes.

The first phase of the Liberals’ promised 10−year infrastructure plan wraps up in 2019 — just as the country heads to the polls in a federal election — and is mostly focused on repairing aging roads, pipes and transit systems across the country. It is also designed to lay the foundation for the second and more lucrative phase of the Liberal plan by covering planning costs for larger projects.

"There are big challenges related to not doing the rehabilitation and the repairs that are necessary and for Phase 2 we have already started consultations with (cities) and that’s where we will have the opportunities to support transformative projects."

The first two years of the new program includes $6.6 billion in cash for provinces and cities, not including money promised to First Nations infrastructure or to universities.

The Liberals pledged in the budget, flowing from a campaign promise, to double infrastructure spending over the next 10 years to bring the overall federal investment to $120 billion.

About $8.7 billion remains from the provincial and territorial stream of that fund and the letters make clear the Liberals want the remaining money allocated to projects within the next two years.

The Liberals have previously vowed to speed up the federal approval process for money under the fund unveiled by the previous Conservative government in 2014.

The letters say the government is expanding the projects eligible under that program, including work on modest highways and roads in smaller provinces like Prince Edward Island, that previously didn’t qualify because they weren’t big enough in scope or impact.

The federal government is also going to fund eligible project costs for ferry systems that provinces like B.C. wanted included in the fund.

Sohi writes the government plans to cover up to half the cost of disaster−mitigation projects, including those that would fight floods in provinces like Alberta and Manitoba, and any projects delivered as a public−private partnership, known as a P3.

The government has removed the requirement for communities to always look for a private−sector partner on projects, but hasn’t abandoned the idea: In a speech last week at a conference on public−private partnerships, Sohi said the government believes some projects are best suited to a P3, citing the new Champlain Bridge in Montreal and the Gordie Howe International Bridge in Windsor, Ont.

— With files from Joan Bryden