Donald Trump to celebrities threatening to immigrate to Canada: Go 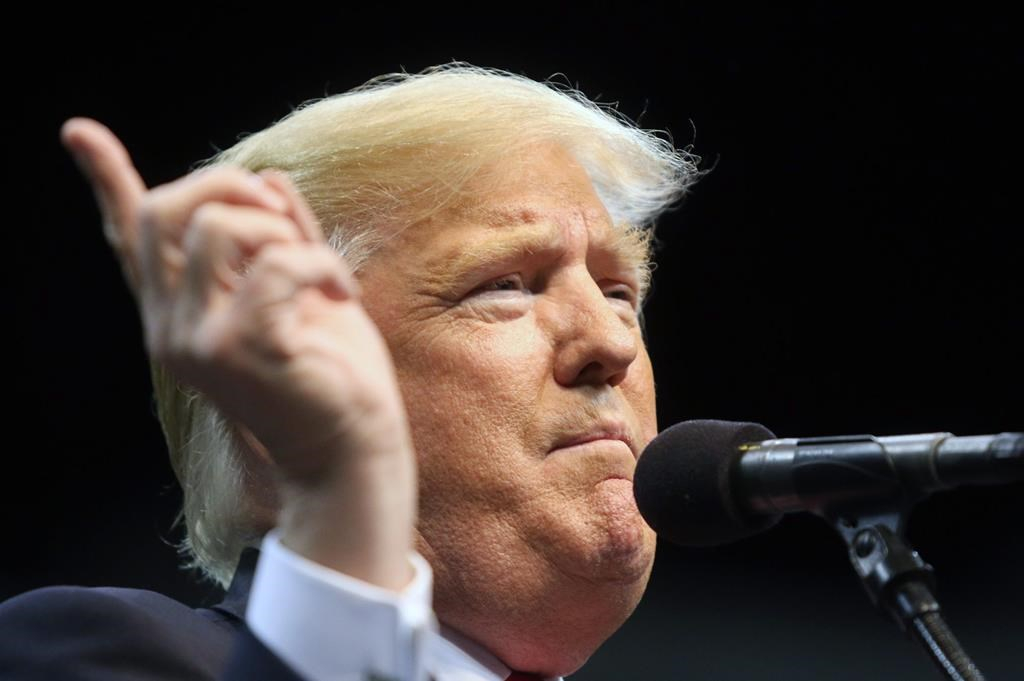 Donald Trump has a message for some of the celebrities musing about leaving for Canada if he’s elected president: Don’t let the door hit you on the way out.

The billionaire candidate expressed delight Tuesday when asked about the phenomenon of famous Americans talking about becoming political exiles if he’s elected.

He said he’d be glad to make it a reality.

"Well, now I have to get elected," Trump told the morning show Fox and Friends.

"I’ll be doing a great service to our country. I have to (win). Now, it’s much more important. In fact, I’ll immediately get off this call and start campaigning right now."

He was appearing on the Fox show on the morning of five northeastern primaries, which he’s expected to dominate, although they won’t clinch the Republican nomination for him.

Trump was asked specifically about actress Lena Dunham. The star of the show, "Girls," said she is serious about leaving. She said she knows a lovely place in Vancouver and could work from there.

The candidate’s reply: "Well, she’s a B−actor. And you know, has no mojo. You know, I heard Whoopi Goldberg said that too. That would be a great, great thing for our country."

The show put up pictures of other famous Americans who promised to leave if their country elects the Mexican−wall−building, import−tax−threatening, Muslim−travel−banning celebrity.

They included actress Rosie O’Donnell and comedians Goldberg and Jon Stewart. Trump has had a long−running feud with some of them.

Stewart had actually joked about going far beyond the land next door: "I would consider getting in a rocket and going to another planet," he said earlier this year. "Because clearly, this planet’s gone bonkers."

Americans would have several options, should they seek to immigrate: Study in Canada, marry a Canadian, invest in a business, or apply through the regular points program.

Otherwise, Canada only allows them to spend six months as tourists.

Trump’s platform doesn’t specifically mention Canada often — certainly nowhere nearly as much as Mexico. However, he has repeatedly mused about ripping up the NAFTA trade deal.

Prime Minister Justin Trudeau has been asked during recent trips to the United States about talk of a Trump−triggered exodus.

He has downplayed it, noting that threats to leave the U.S. emerge in every election — yet the Canada−U.S. population gap remains intact.

He’s correct that the phenomenon goes way back.

If Trump wins, Cher and Samuel L. Jackson could escape to Canada

Website welcomes Americans to Cape Breton if Trump is elected