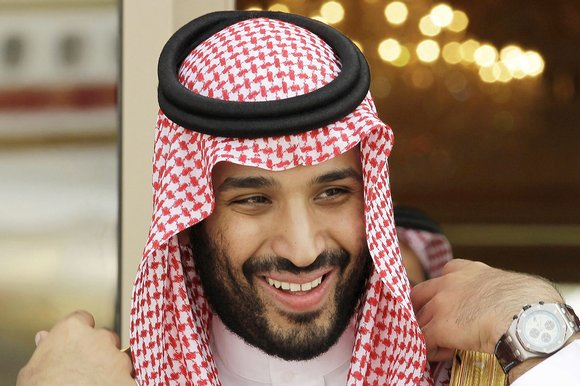 "Diversifying our economy is vital for its sustainability. Although oil and gas are essential pillars of our economy, we have begun expanding our investments into additional sectors," the Saudi government announced in a new document outlining plans to make the kingdom's economy less dependent on oil over the next 15 years.

Titled "Saudi Arabia 2030" (see the full text here), the document, released Monday, explains how Saudi Arabia would use its significant "investment power" to "create a more diverse and sustainable economy" in the near future. While the plan doesn't make any mention of climate change, and stresses that it will continue to localize the oil and gas sector, it also aims to boost Saudi Arabia's share of non-oil exports in non-oil GDP from 16 per cent to 50 per cent in the near future.

" Even though we have an impressive natural potential for solar and wind power, and our local energy consumption will increase three fold by 2030, we still lack a competitive renewable energy sector at present," the document says, adding that the Saudi government intended to generate 9.5 gigawatts of renewable energy as a first step to build up the clean energy sector.

"Our country is rich in its natural resources. We are not dependent solely on oil for our energy needs," the text states. "Gold, phosphate, uranium, and many other valuable minerals are found beneath our land. But our real wealth lies in the ambition of our people and the potential of our younger generation. They are our nation’s pride and the architects of our future...as a consequence, last year, we increased our non-oil revenues by 30 percent, and we plan to continue diversifying our non-oil revenues in the coming years."

According to a Financial Post report, Saudi Deputy Crown Prince Mohammed bin Salman is now leading the "biggest economic shakeup since the founding of Saudi Arabia in 1932, with measures that represent a radical shift for a country built on petrodollars." The kingdom is planning to sell part of the Saudi Arabian Oil Company — which currently has the world's largest proven crude oil reserves — in what may be the world’s largest initial public offering.

The plan also addressed how the kingdom would boost women's participation in the workforce from 22 per cent to 30 per cent, and reduce unemployment to seven per cent nationally.

"With over 50 percent of our university graduates being female, we will continue to develop their talents, invest in their productive capabilities and enable them to strengthen their future and contribute to the development of our society and economy," the Saudi 2030 vision document stated.

Currently, Saudi women are not allowed to drive, and require a guardian’s consent to receive a passport, travel outside the country or marry. The Saudi kingdom ranks 134 out of 145 nations as the worst place to be a woman, according to a World Economic Forum gender gap index. According to the vision document, however, the Saudi government would invest in both young men and women's education so that they will be well-equipped for "jobs of the future."