Beyond the headlines: Small-town Attawapiskat hums quietly along 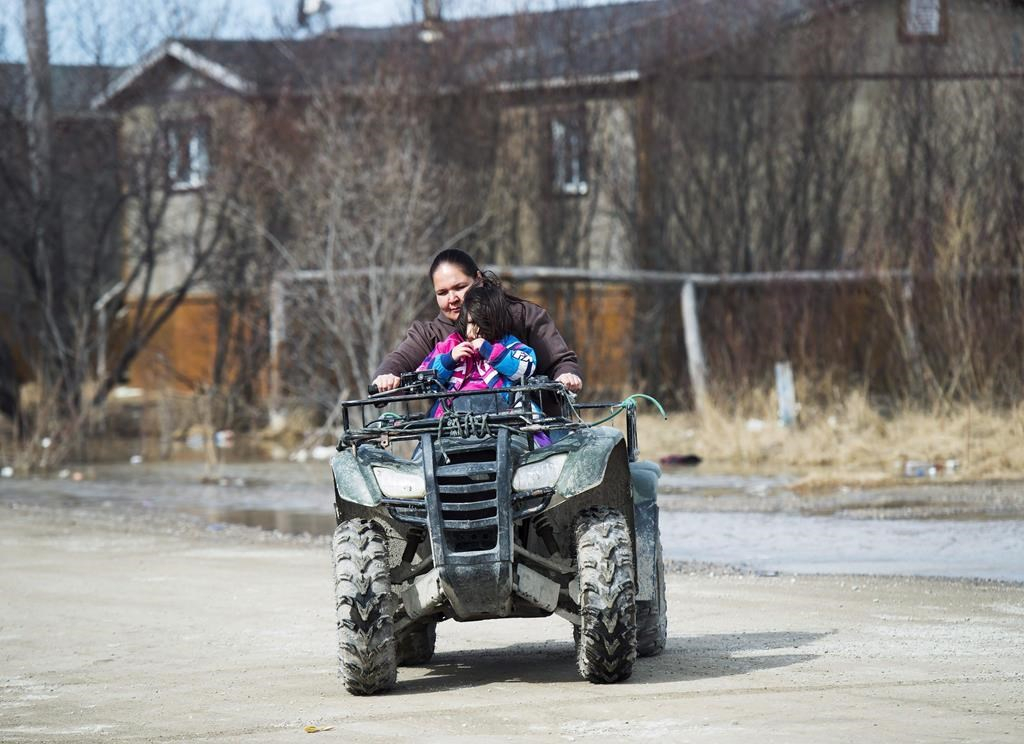 Even at the height of so−called Goose Break and the depth of an ongoing attempted−suicide crisis in this remote James Bay First Nation, Mary’s is humming along.

A steady flow of patrons, greeted by a friendly young woman, order coffee, sandwiches and other basic diner offerings, paying by cash or debit.

Located in a nondescript trailer typical of many Attawapiskat buildings, only an easily missed "open" sign signals the kind of enterprise and normalcy so easily obscured by the headlines that have grabbed international attention and the very real issues facing the community.

On the wall behind the handful of tables and chairs on one end, a large flat−screen TV is carrying a slightly snowy version of a news channel — from Winnipeg.

In many ways, Attawapiskat — population 2,100 — has all the trappings of any small town, including older folk lamenting the changing of the times.

"Nobody goes to churches any more," a semi−retired Mike Gull is telling a visitor. "But when somebody dies, oh, yeah, they pack the church."

A short distance from Mary’s, down a badly pock−marked road whose springtime surface, like all roads in the community, alternates between boot−squelching mud, mini−lakes and ice, a Northern store is doing a brisk business.

Part supermarket, part department store, Northern would not be out of place in any small town, although southerners might suffer serious sticker shock. A bag of milk goes for $7.99. A case of small pop is on sale for $22. Lines form at the two cash−dispensing machines and at the checkouts, even though this is a slow time with the annual exodus to the bush known as Goose Break.

"Right now, everybody is busy hunting," says Jacklin Kleter Sr. "Most of the families are going out, taking their kids out hunting."

A few blocks away, the lone Pizza Pizza offers a euphemistically titled "family−sized" pizza for $31. A couple of curious kids munch on fries. Outside, a bulldozer belonging to a local construction business growls away at clearing an over−full culvert.

Somewhat incongruously in a community that requires about an hour to walk its perimeter, Kleter drives a cab part−time. He arrived in 1981 from Moosonee, the nearest main centre about 225 kilometres to the southeast as the crow flies.

"I drive taxi for myself," Kleter says. "It keeps me busy during the summer months."

What you won’t find in Attawapiskat is a movie theatre, a busy community centre, or a town hall — the band office, closed for Goose Break, is in a temporary trailer because the old permanent office is condemned.

One recent afternoon, as the weather improves, couples thread their way around puddles that young children relish jumping in, while other kids ride bicycles and a plethora of scary−looking but totally docile dogs romp around, ignoring the ubiquitous trash that litters the place.

Her favourite pastime, eight−year−old Shakira Koostachin says, is going to the park near the river or riding a bike.

"We play hide and seek. Sometimes we go in the bushes," Shakira says.

The one thing she really would like is to go swimming — especially in weeks like these when the modern brick elementary school is closed.

"Most kids are wishing for a YMCA," she says.

Apart from tracks that run short distances from the reserve — say to James Bay or the nearby First World dump — there’s nowhere to drive, except around and around Attawapiskat, which some folk like to do.

The isolation and acute housing shortage means almost everything — doctors, teachers and everyday supplies — has to be flown in, although an ice−road in winter and barges when waterways are open are also used. And most pregnant moms still have to be flown out to have their babies.

Many residents — small−town friendly if somewhat shy — are born and raised in the community. Others, like Norbert Witt, a semi−retired professor of indigenous studies originally from southern Germany, are from away.

Technically, he says, Attawapiskat has improved from when he first arrived in 1989. For one thing, there is indoor plumbing and tap water, which most people consider a health hazard. On the downside, he says, people are losing their Cree language and the social cohesion has loosened, contributing, he says, to the current crisis.

Gull, however, scratches his head when asked about the rash of attempted suicides by young people that has again put Attawapiskat on the map.