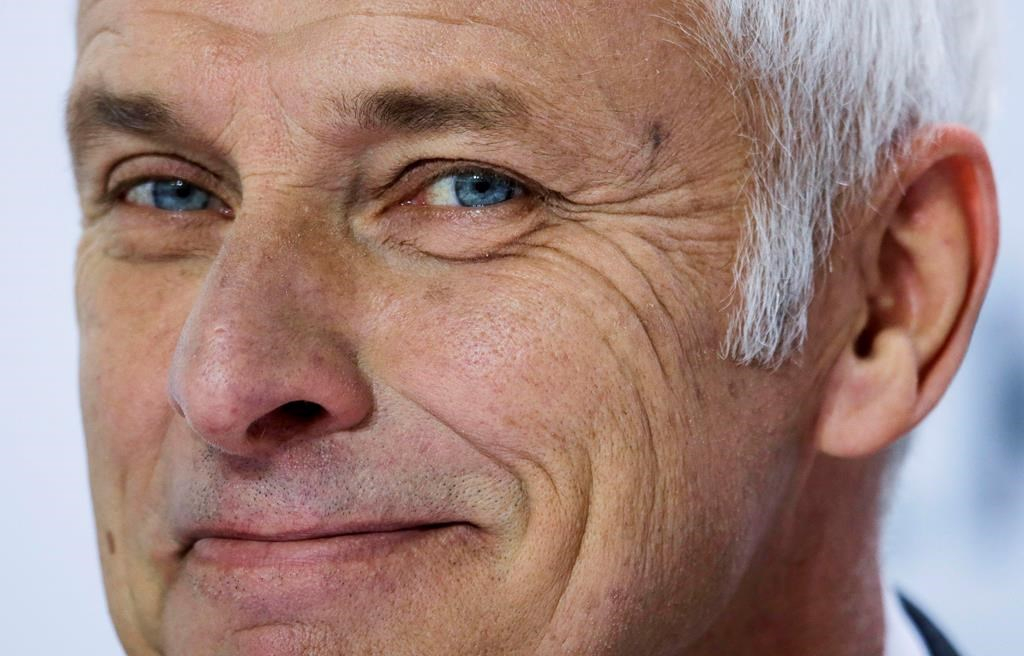 Volkswagen’s CEO says he apologized in person to U.S. President Barack Obama for the carmaker’s emissions scandal, in which it rigged its cars to cheat on diesel engine pollution tests.

CEO Matthias Mueller said he held a "two minute" conversation with the president during his visit to Hannover, Germany, this week.

"I took the opportunity to apologize to him personally for this matter," Mueller said during the company’s annual news conference Thursday in Wolfsburg, Germany.

"I also expressed my thanks for the constructive co−operation with his authorities and naturally expressed the hope that I can continue to fulfil my responsibilities for 600,000 workers, their families, the suppliers, the dealers," Mueller said.

The U.S. Environmental Protection Agency could levy fines of up to $18 billion, but analysts think the punishment will not be that drastic. Volkswagen seemed to endorse that view by saying it had set aside 7.0 billion euros globally for legal costs from 2015, on top of 7.8 billion euros ($8.8 billion) to cover fixes and an offer to buy back some 500,000 defective cars.

Overall, the company deducted 16.2 billion euros from last year’s earnings to cover the costs of the scandal, in which it fitted cars with software that enabled them to pass tests but then turned emissions controls off during every day driving.

The scandal broke when the EPA took action against Volkswagen. Some 11 million cars worldwide have turned out to have the software.

Mueller said Thursday that recalling and fixing the cars that were rigged to cheat on the tests "will remain our most important task until the very last vehicle has been put in order."

Analysts say the impact of lower sales could make the final bill much higher than the company’s figure. Volkswagen says it is reporting costs that it knows about at the present time.

Volkswagen is currently working out a settlement with U.S. authorities in federal court in San Francisco, and has said that would include an offer to buy back as many as 500,000 of the just under 600,000 defective vehicles.

Mueller used the company’s annual news conference to also sketch out a plan to focus more on electric vehicles and services like car−sharing as it seeks to get past its emissions scandal.

He stressed that Volkswagen’s car business remains "fundamentally sound" but detailed a promised plan to emphasize digital services and zero−emissions vehicles. The company would soon form a legally independent company to promote business in mobility services, which can include things like ride−sharing apps and car−sharing, he said.

Mueller said that the company would "make electric cars one of Volkswagen’s new hallmarks" with 20 new models by 2020.

Volkswagen had previously emphasized diesel technology, which has suffered a blow since it became clear Volkswagen engines could not meet U.S. emissions standards without cheating. The company has admitted using engine software that disabled emissions controls when vehicles were not being tested. That improved performance and mileage but meant the vehicles spewed far more than the legal limit of pollutants.

The annual report showed that Volkswagen would pay 12 current and former managers 63 million euros ($72 million) in base pay and bonuses for last year.

Of that, 4.2 million euros in bonuses was withheld by decision of the board of directors — but could be paid later if the company’s shares rise 25 per cent in three years.

Mueller was paid 1.1 million euros for last year in fixed compensation, with additional performance−related pay of 3.65 million euros. Of that bonus, 880,522 euros was held back for three years.

Former CEO Martin Winterkorn, who resigned after the scandal became known, would be paid a total of 7.3 million euros for his work until he left the job in September. That includes 1.4 million euros in base pay and 5.9 million euros in performance−related pay.

The company said bonuses for individual top managers were 40 per cent lower than they otherwise would have been because the company made a loss last year, even before the decision to withhold another 30 per cent. Bonuses at Volkswagen are calculated based on the company’s performance over several years.