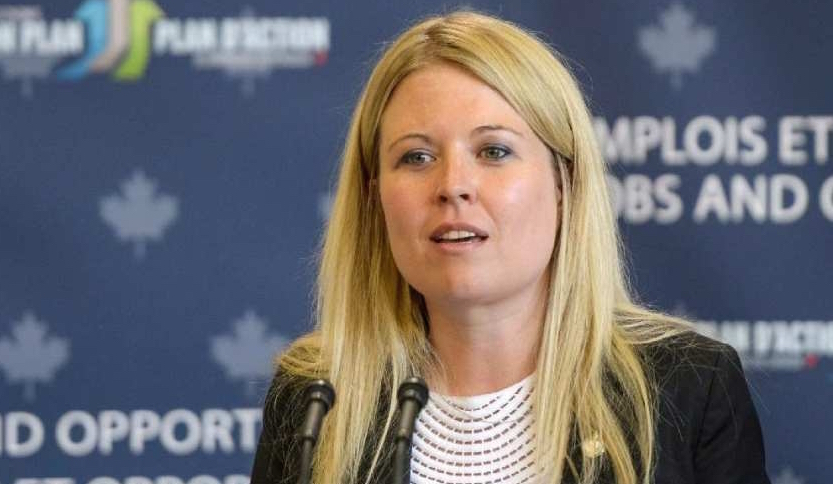 This year hasn’t been great so far for feminism in Canada. First, lawyer Marie Henein’s feminist credibility was questioned over her successful defence of former broadcaster Jian Ghomeshi against sexual assault allegations. More recently, it’s Conservative MP Michelle Rempel whose bona fides have been found to be lacking.

Two weeks ago, Rempel wrote an op-ed for the National Post detailing some of the daily sexism she endures as a member of Parliament - both from her male colleagues and from voters. She pointed out it’s up to men to fight back against sexism, since they’re generally the ones responsible for it.

Instead of welcoming a conservative voice to the discussion - one who is thoughtful enough to “check her privilege,” to use the language of progressive thinkers, and note she is white, cisgender and in a position of authority - many progressives decided that Rempel’s feminism isn’t good enough.

Writers for Vice and Rabble.ca point to her membership in the Conservative caucus as disqualifying Rempel from the sisterhood. They cite everything from Status of Women office closures and the end of the Court Challenges program (which happened five years before Rempel was first elected) to her vote against an NDP pay equity motion.

The critics graciously granted Rempel the right to feel anger about being inappropriately touched, condescended to or verbally harassed. But that seems to be the only element on which they agree. Rempel’s very position of power is a problem, with some critics arguing her concern is limited to herself and her staff - though there’s no explanation how they reach that conclusion when she runs through a list of everyday sexism any woman can and does encounter.

A big irritant seems to be Rempel’s vote against an NDP motion on pay equity, which the critics interpret as opposition to pay equity more broadly. The Conservatives say they opposed the motion’s call for a special committee to look at the issue, which Rempel argues should instead be examined by the House status of women committee. That seems to me to be an uncontroversial idea.

The critics also link Rempel’s op-ed to a belief she is considering a run for the Conservative Party leadership. They argue that this is late-breaking feminism to be used only to support her ambition. First, if that’s the case then she was lucky enough to be asked by the National Post to write the piece (she didn’t approach them). Second, that’s a condescending argument we’d never accept from anyone else - that a woman is using her experience with sexual harassment simply as a means to get ahead in her career.

When it comes to Rempel’s public record, one of the rare free votes under the last government saw her stand up against former Conservative MP Stephen Woodworth’s attempt to reopen the abortion debate (a motion now-interim Conservative leader Rona Ambrose supported - while she was status of women minister). And on government policy, the frustrating reality is that on many issues not everyone in a caucus will agree with each of the party’s positions - but they usually still vote along party lines. The NDP officially supports the $15 billion General Dynamics sale of armoured vehicles to Saudi Arabia, but does anyone think any New Democrat MPs outside of southern Ontario actually believe it’s the right thing to do?

Of course, nobody outside the Conservative caucus knows what Rempel says internally, whether in caucus meetings or privately to her colleagues and to party members. Much of the discussion behind party policies doesn’t happen in public, so it’s hard to know whether she was pushing back against her colleagues on some of the topics the critics cite now.

But we do know Rempel is a fiscal conservative, one who supports pipelines and was thrust into the spotlight as the Conservative Party’s most effective communicator on that issue when she was parliamentary secretary to the environment minister from 2011 to 2013. And this is the more insidious problem for feminists: The overriding message to conservative women is that they aren’t welcome in the feminist movement. Rather than acknowledging it’s possible to have different perspectives (broadly) on how to run the country or (specifically) on how to achieve equality, progressives are deciding whose feminism is worthy of being included in the club. Conservatives are being blocked - a move that’s entirely counter-productive when there is so much work left to be done. There’s no good reason to limit the discussion to those who are pure enough to fit the ideal set out by a subset of feminists.

Rempel has declined interview requests about her op-ed, including mine. It’s hard to blame her - in response to a well-written and thoughtful piece, she found herself not only defending against sexist attacks, but attacks from the very women who should be working with her to fix the problem.

Hunting for winter coats and a new leader: Tories prepare for Ottawa