Humans are leading cause of forest fires, says scientist 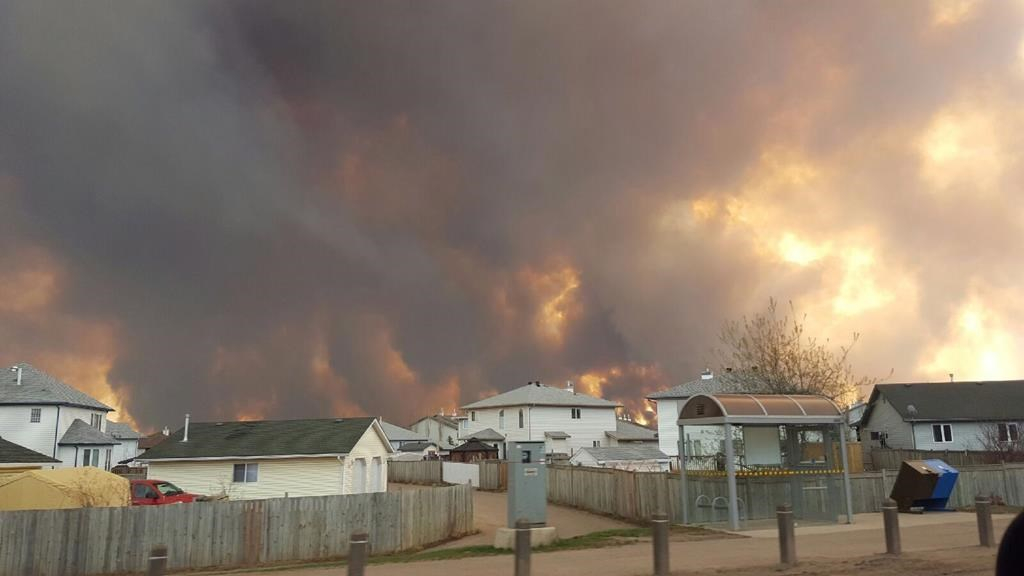 A forest fire researcher says humans are the leading cause of these blazes in Canada. Photo by The Canadian Press.
Previous story
Next story

Humans are the leading cause of wildfires in Canada, says a forest fire researcher who believes the latest blaze that has ripped through parts of Fort McMurray, Alta., is no exception.

Mike Flannigan, a professor of wildland fires at the University of Alberta, says the fire's proximity to the city, as well as data that shows there were no lightning strikes in the area, lead him to believe the cause of the fire was likely human.

"And in spring it's heavily loaded on the side of people-caused fires," Flannigan said.

An average of 1,200 wildfires are reported in Alberta each year, and half of those fires are caused by humans, according to the National Fire Database. Lightning is the second-leading cause with 47 per cent.

Officials were still investigating the cause of the latest fire, which remained out of control on Wednesday as it raged around Fort McMurray, a city of about 80,000 people located 435 kilometres northeast of Edmonton.

However, Flanniggan said weather conditions in Western Canada have been perfect for wildfires as the warm, dry winter has led to an abundance of dead, dry leaves and wood ready to light up.

"It's really extreme conditions," he said, adding that the low humidity and lack of green vegetation combined with windy conditions contributed to the incredibly intense fire in the northern Alberta city.

"Spring fires are common after the snow melts and before things green up and get lush," Flannigan said.

"There is a two- or three-week window where they occur."

He said the biggest variable at this point is the wind, which gusted up to 40 km/h on Tuesday, the day the city was evacuated.

"Shifting winds is a challenging problem for fighting fires," he said. "You want people to be safe and this includes the firefighters and you don't want to put them in harm's way."

A pilot died in 2011 when his firefighting helicopter crashed near Slave Lake, Alta., and another pilot died last year in a water-bomber crash while fighting a wildfire near Cold Lake, Alta. However, there have been no civilian fatalities because of a forest fire since 1938, said Tim Lynham, a forest fire researcher with Natural Resources Canada.

Scientists, however, are worried about the future.

Forest fires are a natural phenomenon, Lynham said, and are beneficial ecologically, returning valuable nutrients to the soil that helps a natural rebirth. He said fires naturally occur in forests every 150 to 250 years.

Scientists at Natural Resources Canada predict forest fires will double within 50 to 100 years.