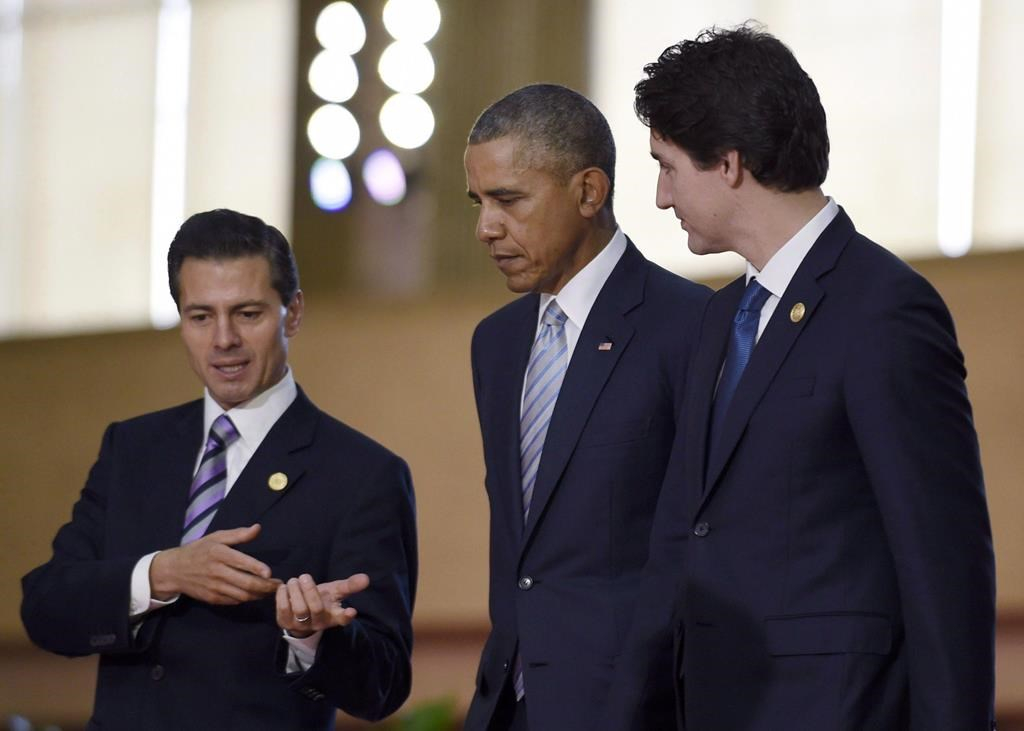 Trudeau announced the date for the summit, which draws together the leaders of Canada, the United States and Mexico, during a news conference to celebrate his government’s accomplishments during its first six months.

Canada was supposed to host a Three Amigos summit last year, but the meeting did not materialize — partly because then−prime minister Stephen Harper was at odds with Mexico over a visa requirement for Mexican visitors to Canada, and partly because the U.S. had resisted approving the Keystone XL pipeline.

The Mexican visa issue is still outstanding, but Trudeau has promised to resolve it.

U.S. President Barack Obama is expected to address Parliament right after the summit, while Mexican President Enrique Pena Nieto will likely do an official visit to a couple of cities in Canada before the broader meeting.

When Trudeau was in Washington in March, Obama announced he would make the trip to Parliament as part of the Three Amigos summit, but the exact timing has remained up in the air.