By Elizabeth McSheffrey | News | May 5th 2016
#134 of 1402 articles from the Special Report: Race Against Climate Change 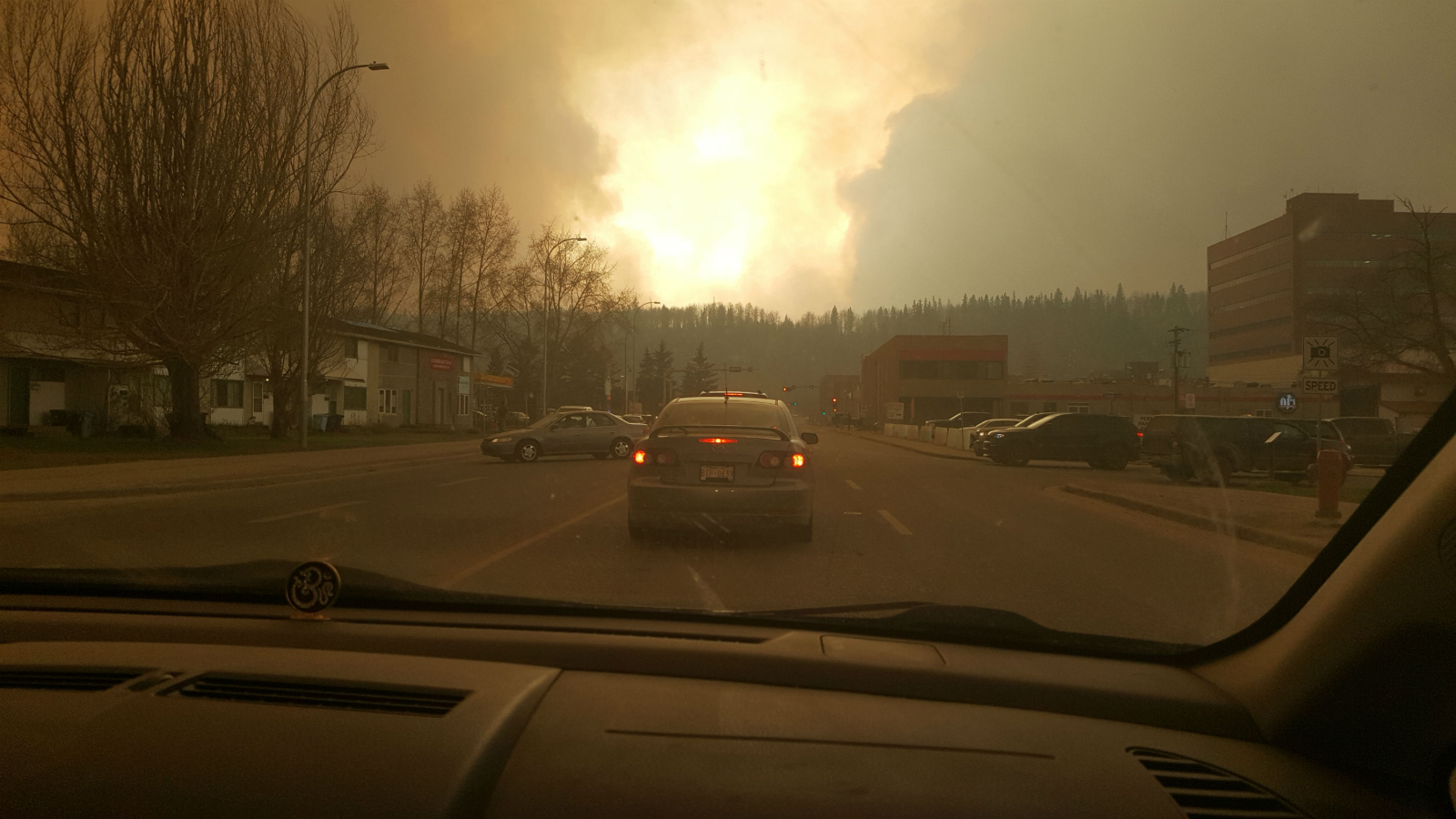 More than 80,000 Albertans have now been evacuated from raging wildfires so severe, they've begun to create their own weather.

In what officials described as "extreme wildfire behaviour," the Fort McMurray blaze — now spanning a critical 85,000 hectares — has changed its own wind patterns and brought lightning bolts down through the smoke it created.

More than 200 firefighters remain in the northern Alberta city in an attempt to protect critical water and power infrastructure, along with 10 helicopters, at least 16 air tankers, and 25 engines. Provincial governments in Ontario and Quebec are sending an additional 100 firefighters and four air tankers, respectively, to help combat the growing flames, and the Department of National Defence (DND) remains on standby, ready to deploy boots on the ground at a moment's notice.

One individual stranded on an ATV in the area was found and evacuated by DND earlier this morning.

"We have your back"

"There’s no question that this is a challenge of a scale and magnitude that we barely see in this province," Premier Rachel Notley told reporters at a press conference in Edmonton on Thursday. "I want to once again, commend the first responders and emergency management staff who are working day and night in incredibly difficult circumstances to support their community, fight this fire and keep people safe."

To those displaced by the natural disaster, the premier's message was simple: "We have your back, you will be supported."

More than 25,000 people remain stranded north of Fort McMurray, and the province's priority today will be airlifting 8,000 of them south to Edmonton and Calgary — cities well-equipped with social support services. In the meantime, food, water, and medical supplies are being flown into camps and settlements for the remaining 17,000 whom responders hope to send south on the ground, once the roads are safe and clear.

Dash cam footage of the Fort McMurray fire captured on Wed. May 4, 2016 by Tyson Coughlan.

Despite cooling temperatures, officials with Alberta Wildfire Prevention and the Alberta Emergency Management Agency expect the blaze to get worse over the day as winds gust up to 40 kilometres. As it stands, winds in the area are currently pushing the fire southeast, away from the community, but that could change on an hourly basis.

A total of 49 wildfires are now blazing across the province, according to provincial updates, with seven considered out of control, 12 being held, 23 under control, and seven turned over to municipal fire departments. More than 1,110 firefighters, 145 helicopters, 138 pieces of heavy equipment and 22 air tankers are fighting the fires in total.

While an analyst at the Bank of Montreal has predicted damage from the Fort McMurray fire alone could reach $9 billion for insurers if the city needs to be rebuilt, Notley said the province is not dealing with the economics of the disaster yet. A cost analysis will come when the danger has been averted, she explained, and the focus for now remains on preserving what's left of the area's infrastructure and keeping the communities safe.

"Absolutely going forward we’re going to have to look at it," she told media. "We’ll be having conversations with the federal government on that issue, but what you have to do first is get on the ground and assess the damage."

A provincial state of emergency is ongoing in Alberta, and as of Wednesday morning, roughly 1,600 structures in Fort McMurray were damaged. The federal government has committed to match individual donations made to Canadian Red Cross relief efforts for the Alberta wildfires, and CBC reported Thursday that an estimated $11 million has already been raised.

First responders say have no idea when the displaced will be able to return home.

Both Notley and wildfire officials commended the "great work, co-operation and collaboration" of big oil companies near Fort McMurray, which have opened up their doors to the displaced by providing fuel, camp space, and other resources.

Despite these goodwill gestures however, ConocoPhillips Canada has evacuated and shut down its Surmont oil sands project, Nexen Energy ULC has shut down its Long Lake facility, and Suncor will soon close one of its Fort McMurray facilities as well. ​One million barrels of Alberta's oil production have been put offline, National Post reported, due to oil sands facility closures.