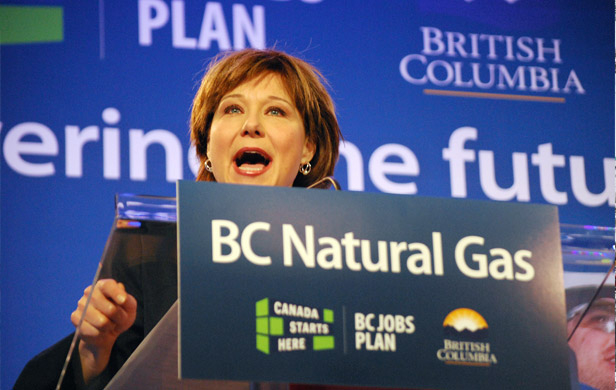 This opinion piece first appeared in Vancouver Observer June 2, 2015. We republished it today, because it pertains to our reporting today on B.C. funding shortfall of Vancouver public schools. 28 school districts in British Columbia are no suffering budget shortfalls and facing cuts to programs and/or closures of schools.

Premier Christy Clark never met a millionaire she didn’t like. And that goes double for their little darlings.

Clark showed her love for private schools on the last day of the most recent sitting of the legislature by tabling legislation permanently exempting them from municipal property taxes, which have not historically been collected. This while the Vancouver School Board has to go into hock to the tune of $1.6 million to build a needed downtown school.

Take the St. George’s senior campus (the junior school is nearby), an exclusive high school for 700 boys located in Vancouver’s affluent Dunbar neighbourhood. The premier’s son attends “Saints", as it’s known to aficionados of the local peerage. Annual tuition ranges from $20,000 for local boys to $58,000 for international boarding students. That adds up to a minimum $25 million in tuition revenue, over and above applicable provincial subsidies.

St. George's vast lands sit next to some of the most valuable land in North America. A comparably-sized parcel of single-family homes has assessed land values of over $150 million.

As you can see, the fields and grounds of Saints’ senior school are roughly equivalent in size to 2.5 city blocks. Add in the slightly smaller junior school property and the total comes to nearly five full city blocks. The total value of both properties, based on assessments of neighbourhood land values, would come close to $300 million, not including buildings and improvements.

Thankfully, the premier knows things aren’t as rosy for the rich as lots of people think, so they're safe from paying any school property taxes so long as she’s in the big chair.

And trust me on this, when you’re considering a school like Saints for your fresh-faced progeny, tuition is just the beginning. Right now the school’s raising $40 million for expansion and new dormitories. At these schools there is always a capital campaign so you have to budget for tuition as just a down payment. You don’t want to be known as one of those deadbeats who only pays the $22,000 per child tuition, do you? Nope, you do not — not when school references can make or break that Harvard admission.

And then there’s your membership at the Arbutus Club, your Whistler "cabin," your mortgage on your $4-million house, you and your spouse’s BMW's, plus cars for the kids. Add in your tutors, trainer, gardener, nanny and housekeeper, and well, the money can just disappear before you even get a chance to look at it.

No wonder you need your private banker on speed-dial to finance against your Westside house just to keep afloat. Heavens be praised for that gusher of cash pouring in from overseas that adds hundreds of thousands of tax-free dollars to your house every year. Phew!

Luckily, Premier Christy’s in your corner. She understands how much harder it is for you than everyone thinks. No way is she going to touch that hard-earned tax-free equity in your house, or tax your kids’ school. That money would just be eaten up by government waste anyway.

The original Queen of Mean had it right the first time. Taxes are for the little people.