By Sandy Garossino | Opinion, Politics | May 6th 2016
#48 of 50 articles from the Special Report: Duffy's Redacted Diary 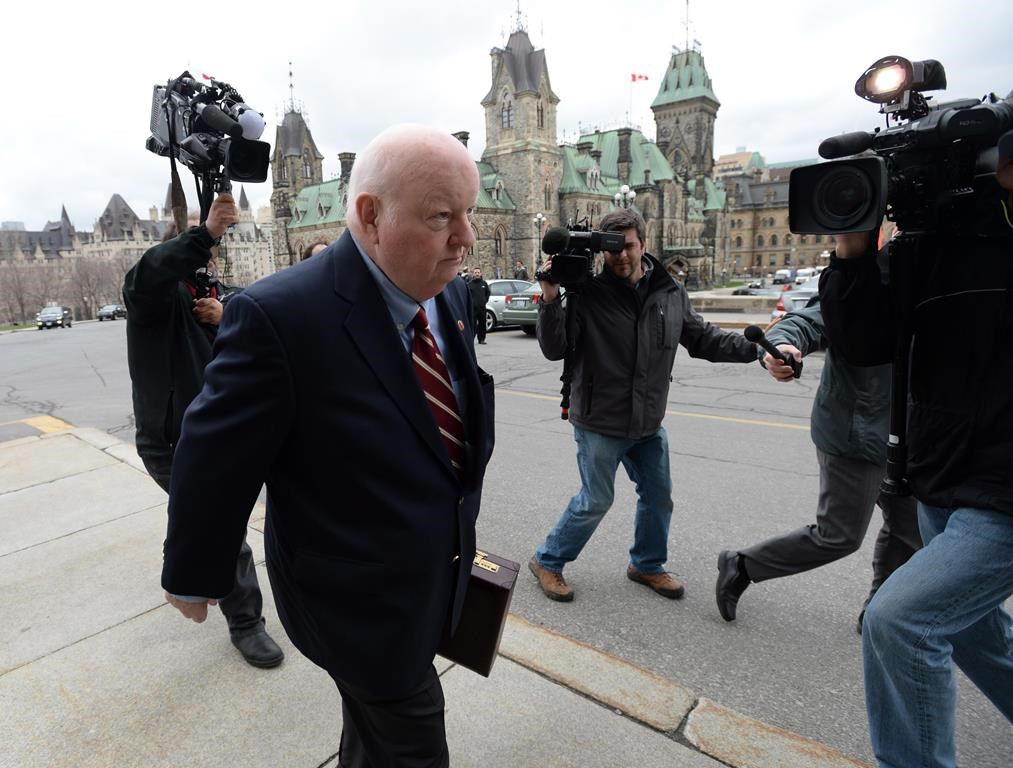 Further, he cleared the air about the infamous Deloitte audit. Just doing his fiduciary duty, as one does.

Yet when the RCMP met with him in July, 2013, Tkachuk’s memory of all the events was ahem, hazy, to put it politely. Even though the events had happened just a few weeks earlier, Cpl Horton's report on Tkachuk's police interview (at p. 51) reads like a tête-á-tête with an amnesiac:

1. “He does not remember if Senator Duffy requested changes to the press release in February announcing the referral to Deloitte…”

In fact, email evidence entered at trial suggest that Duffy did indeed request changes through Nigel Wright. See emails #27 and 28, below.

2. “He does recall that there was… a letter from Senator Duffy’s lawyer… He does not recall the contents, nor who the letter was addressed to”

3. “He does not recall proposing a solution to Nigel Wright that if Senator Duffy paid the money back, the Steering committee would stop the Deloitte audit…”

The letter from Duffy's lawyer apparently made enough of an impression that, one minute after receiving it, Tkachuk phoned Duffy's office requesting a call on a land line (email #145). 40 minutes later an internal PMO email is circulated which outlines a proposed settlement by which Tkachuk's Senate Committee would halt the Deloitte audit upon repayment (#email 146).

That was snappy, but Tkachuk wouldn't remember any of it just six months later.

5. "His personal view is that if Senator Duffy had paid back the money, there was no need for the audit to continue. He may have brought the idea to the table, but also believed it was a political impossibility to halt the audit;"

Which is quite a different story than Tkachuk's spanking new memories today. Concerning his request for Deloitte to abandon the audit, Tkachuk wrote on Tuesday that,

"I broached (the idea) with the auditors in the presence of the Clerk and we decided that in the interest of full accountability and diligence the audit should proceed."

Although that's a direct conflict with what he told police at the time, we can all be grateful for the senator's suddenly renewed powers of recall.

Multiple emails then show Nigel Wright's attempts to reach the Deloitte auditors through Senator Irving Gerstein's personal contact inside the firm. The idea is to reach the Senate auditor through back-channels, and manipulate the final outcome. None of this worked, but it appears considerable effort went into the attempt.

Gerstein checks back with the PMO at 10:19 am March 6, apparently reporting that the group must now include Senator Beth Marshall (email #311). Through email #313 sent an hour later, Nigel Wright informs the group that Tkachuk "would be ok with all this, just needs to be kept in the loop."

When Duffy was initially contacted by Deloitte in February, he stepped up efforts to either meet with the auditors and participate, or have the audit halted on repayment of the expenses. His lawyer maintained regular contact with the PMO to seek their guidance on what to tell Deloitte, but Wright's team kept Duffy in limbo through February and most of March.

The PMO was very anxious that Duffy not participate in the audit for as long as they hoped they could reach the right result through their Gerstein contact. Suddenly, on March 21st, the disastrous word came back through Gerstein that their efforts to control Deloitte's report had failed, and the auditors would comment negatively on Duffy's failure to cooperate (email #366).

This set off the chain of events leading to Wright's sudden and desperate move to repay the $90,000 in claimed expenses (which Duffy still thought might be legitimate) before the audit technically closed on March 31st.

When Duffy reached out to Deloitte in April, hoping to meet with them and provide substantiation of his claim, Tkachuk intervened and told him that it was too late, even though it appears Deloitte was prepared to meet with him (emails #466 and #477).

Deloitte then filed its inconclusive audit, reporting that Duffy had not cooperated. The Senate sub-committee wrote a correspondingly negative report, to which the PMO dictated amendments. The email trail shows a concerted effort by the top echelon of the PMO to force through its changes, primarily through committee liaison Senator Carolyn Stewart Olsen.

On May 8th Patrick Rogers of the PMO arranged a meeting with Stewart Olsen, then reports to the group that he's successfully directed her to make changes to the Committee report according to PMO instructions (email #502). He reinforces her obligation to Nigel Wright. Complying with the Duffy PMO settlement agreement, the final Senate report thus laundered out references to Deloitte's negative findings on Duffy.

When the RCMP interviewed Tkachuk concerning that laundered report, he pretty much drew a blank on how it all happened. Corporal Horton reported:

6. The Senate Clerk and his staff completed the initial draft Senate report. He may have been provided an advance copy by the clerk, but does not recall.

7. “He does not recall if he met with people from the PMO during those two days” (Referencing May 7 and 8, 2013, when the changes were approved).

8. “He does not recall if he met with Senator Stewart Olsen or others to discuss the report after the meeting on May 8, 2013;”

9. “He does not recall if a draft of the Senate Report was sent to the PMO;”

10. “He does not recall if PMO staff helped with the writing of the Senate Report, but it is possible;”

11. “He received no direction from the PMO to make changes to the Senate Report. “I don’t get orders from the PMO,” (he said)”

12. “He does not recall if he had further meetings with anyone regarding changes that would be made on May 9.”

14. “When asked if he would agree to investigators obtaining copies of all his correspondence with Senator Duffy or Senator Duffy’s lawyer, he hesitated and said he would have to think about it.”

Horton finally concluded that David Tkachuk's failure to remember even recent events of major importance made it impossible to assess (at that point) the extent of his involvement in the PMO/Duffy scheme.

Yet today this man can recall what he did and didn't tell Mike Duffy about claiming a housing allowance seven years ago, and reassure Canadians that the Deloitte audit was an uneventful plain-vanilla accounting exercise.

It's a miracle how much more Senator Tkachuk remembers today than just three short years ago.

The RCMP must be so relieved.