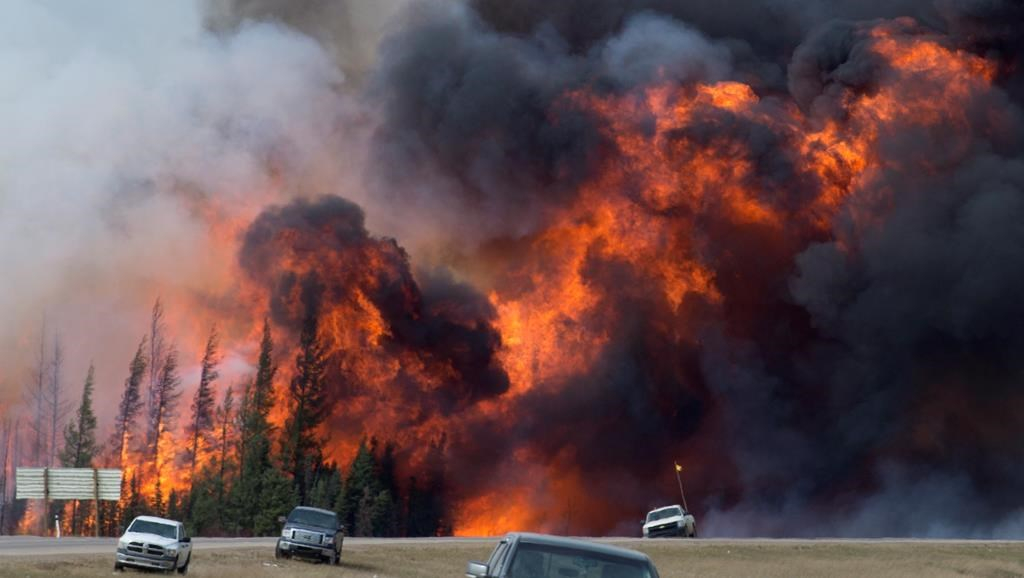 Danger from the Fort McMurray wildfire that has destroyed entire city blocks in the northern Alberta city won’t end when the flames stop.

Research from California fires that have burned through homes and communities suggests such blazes leave a threatening legacy of caustic ash and toxic heavy metals.

"There’s no doubt, it is hazardous," said Scott Stephens, a fire scientist at the University of California Berkeley.

California has sad experience with wildfires raging through urban areas. Every summer, said Stephens, the state loses homes to marauding flames from the woods.

Wildfires big and bad enough to force their way into communities are generally hot enough to burn off hydrocarbons such as vinyl siding, nylon carpets or household chemicals.

"Fires really do incinerate most of that material," Stephens said. "No doubt that has an impact on air quality, but the vinyls, the tires, the materials that you’d never think would burn ... most of that stuff is gone."

House fires can burn for more than an hour at temperatures reaching 1,500 C, he said.

"You’ll look and try and find your dishwasher or your refrigerator. You might find its motor, you might find a few things, but a lot of it has just disappeared."

But the ash left behind poses real threats.

The U.S. Geological Survey found ash left after California’s home−destroying wildfires in 2007 and 2008 was far more alkaline than ash from wood fires. Mixed with water, the ash was almost as caustic as oven cleaner.

It was also significantly contaminated with metals, some of them toxic. Arsenic, lead, antimony, copper, zinc and chromium were all found at levels exceeding Environmental Protection Agency guidelines.

Ash particles from urban−wildfire blazes tended to be smaller and more easily inhaled. Both arsenic and hexavalent chromium — a form of the metal known to cause lung cancer — were more readily taken up by lung fluids than they were in water.

Many counties treat ash from such fires as hazardous waste, said Geoff Plumlee, a geochemist who conducted much of the U.S. research.

"When large numbers of buildings burn, that does create a situation where there’s potential for much higher levels of metals to get out into the environment."

California experts say anyone returning to a home burned in a wildfire should dress protectively — long sleeves and pants, gloves, boots, masks and goggles. People are urged to stir up the ash as little as possible.

Alberta’s last experience with a forest fire destroying homes came in Slave Lake, where more than 400 homes and other buildings were levelled in 2011 — about one−quarter as many as were burned in Fort McMurray. The ash from that fire was disposed of as hazardous waste.

Tests of the ash found lead, a powerful neurotoxin especially dangerous to children, was at three times the recommended levels for residential soils. Dioxins and furans, some of which are highly potent carcinogens, were anywhere from 13 to 52 times the guideline levels.

Government officials argued the ash shouldn’t be held to the same standards as soil and said the ash was not a health risk. But scientists at the time questioned that assessment.

Plumlee emphasized that risks are manageable and fade over time. Ash quickly becomes less caustic when it mixes with small amounts of carbonic acid in rainfall.

But the risks are real.

"It’s not alarmist at all. We don’t really know if there are long−term effects," he said. "(But) there are common−sense things people can do to minimize their exposure."