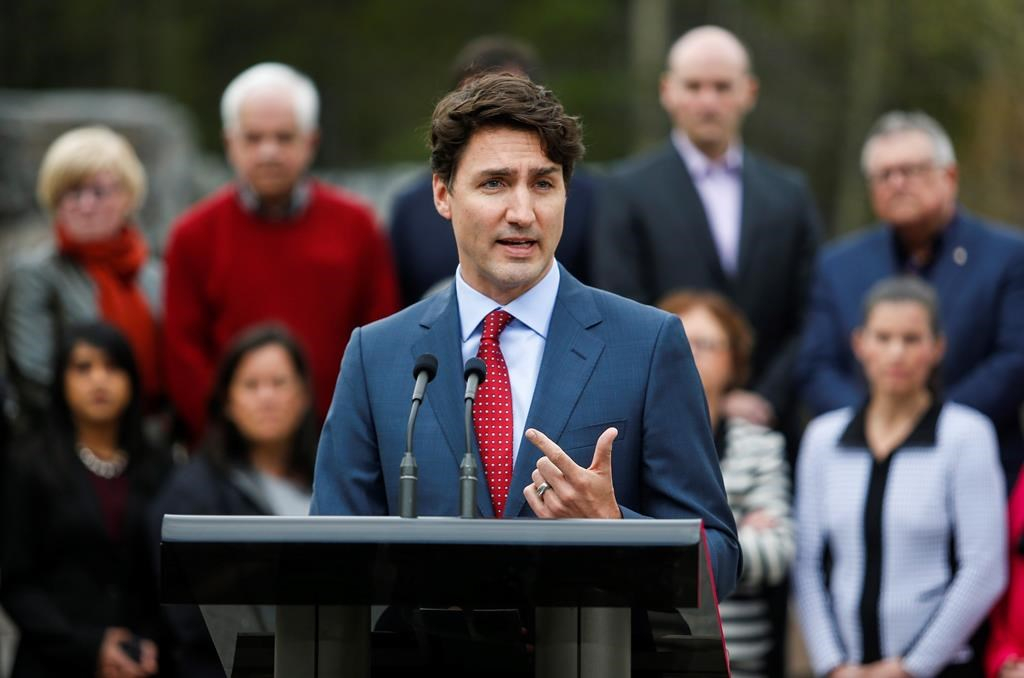 Photo of Justin Trudeau at retreat in Kananaskis, Alberta on April 26 by Canadian Press
Previous story

The Trudeau government is finally getting around to creating a long-awaited special parliamentary committee on electoral reform.

A motion to create the committee was placed on the House of Commons order paper late Tuesday evening.

He promised to create a committee to examine alternatives and report back with recommendations within 18 months.

But as his fledgling government passed the six-month mark last week with no committee on the horizon, advocates of proportional representation worried that Trudeau was planning to rag the puck long enough that there wouldn't be enough time to implement reforms by the next election in 2019.

The motion should help reassure them that Trudeau intends to stick to his promised timetable.

It specifies that the committee is to study "viable alternative voting systems, such as preferential ballots and proportional representation" as well as mandatory voting and online voting, and to present its final report no later than December, 2016.

However, the makeup of the committee could stoke other fears that the committee is geared to recommend an alternative voting system that would favour the ruling Liberal party.

The 10-member committee is to consist of six Liberal MPs, three Conservatives and one New Democrat. One member of the Bloc Quebecois and the Green party's lone MP, Leader Elizabeth May, will be also be members but without the right to vote or move motions.

NDP democratic reform critic Nathan Cullen had proposed that Liberals surrender majority control of the committee and that membership should include all parties with seats in the House of Commons, proportional to each party's share of the popular vote in last October's election.

Trudeau has refused to commit to holding a referendum on any proposed change to the electoral system, as Conservatives have been demanding. He's suggested there are other ways to gauge the wishes of Canadians.

The motion directs the committee to invite every MP to conduct townhall meetings on electoral reform in their constituencies and to provide written reports on the results by Oct. 1, 2016.

It's further directed to conduct "a national engagement process" that includes comprehensive and inclusive consultation with Canadians through written submissions and online tools. And it is to consult broadly" with experts and organizations, study relevant research and models used elsewhere.

The motion states that the committee's proposed alternative voting system must reflect five principles, ensuring that it will:

— Increase Canadians' confidence that "their democratic will, as expressed by their votes, will be fairly translated" and that it will reduce distortion between a party's share of the popular vote and the number of seats it wins in Commons.

— Maintain accountability between MPs and their local communities.

The current first-past-the-post electoral system has been widely criticized for delivering "false majorities" — wherein a party, including Trudeau's Liberals, can win the majority of Commons seats with less than 40 per cent of the popular vote — for under-representing smaller parties, unfairly rewarding regionally-based parties and exacerbating regional divisions.

During the 2013 Liberal leadership contest, Trudeau rejected a system of proportional representation, touting instead the idea of ranked ballots, in which voters would indicate their first, second, and subsequent choices. If no candidate wins a majority, the candidate with the fewest votes would be dropped and his or her supporters' second choices would be counted and so on until one candidate emerges with more than 50 per cent.

Since the leadership, Trudeau has said he's open to a system of proportional representation.

However, opposition parties suspect he still wants a ranked ballot which they say would favour the centrist Liberals, who tend to be the most popular second choice of supporters of other parties.