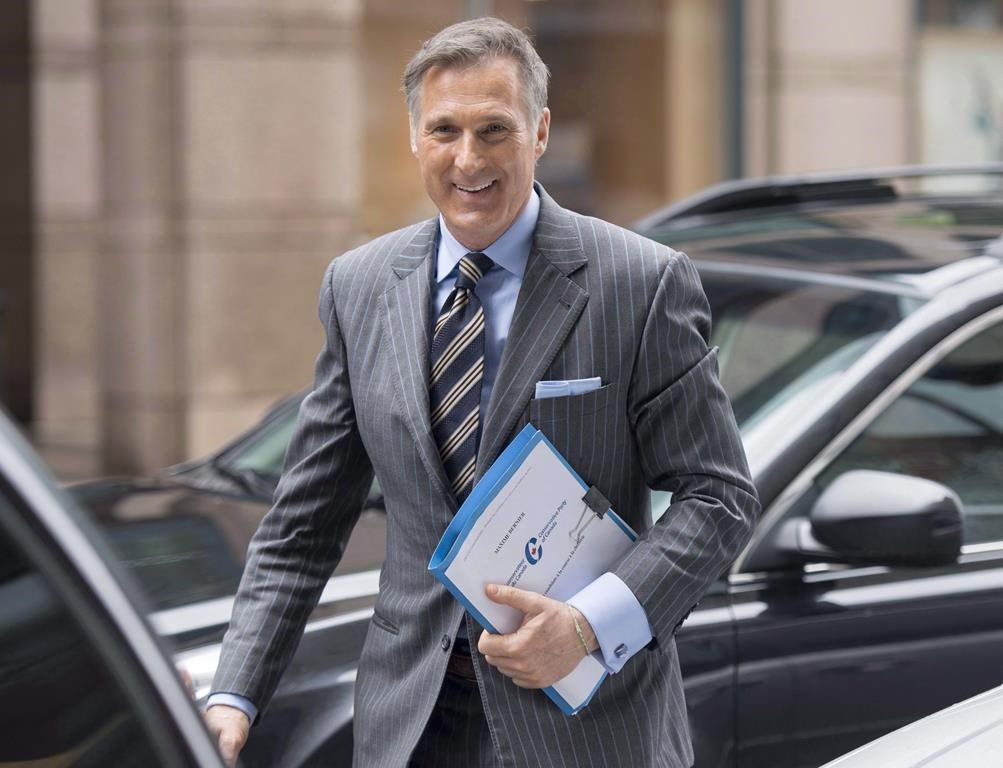 Quebec MP Maxime Bernier has officially launched his campaign to become the Conservative party's next leader.

Bernier told a packed stadium in his home riding of Beauce this morning that he would run a small government if elected.

He also said he would lower taxes and make more efforts to pay down the debt.

While Bernier, 53, and Ontario MP Kellie Leitch are the only official candidates for the party's top job, they likely won't be alone.

Ontario MP Michael Chong has scheduled a news conference for Monday where he is expected to enter the race.

Other Tories said to be contemplating a run for the leadership include Tony Clement and Lisa Raitt.