McKenna won't give a straight answer about Enbridge pipeline 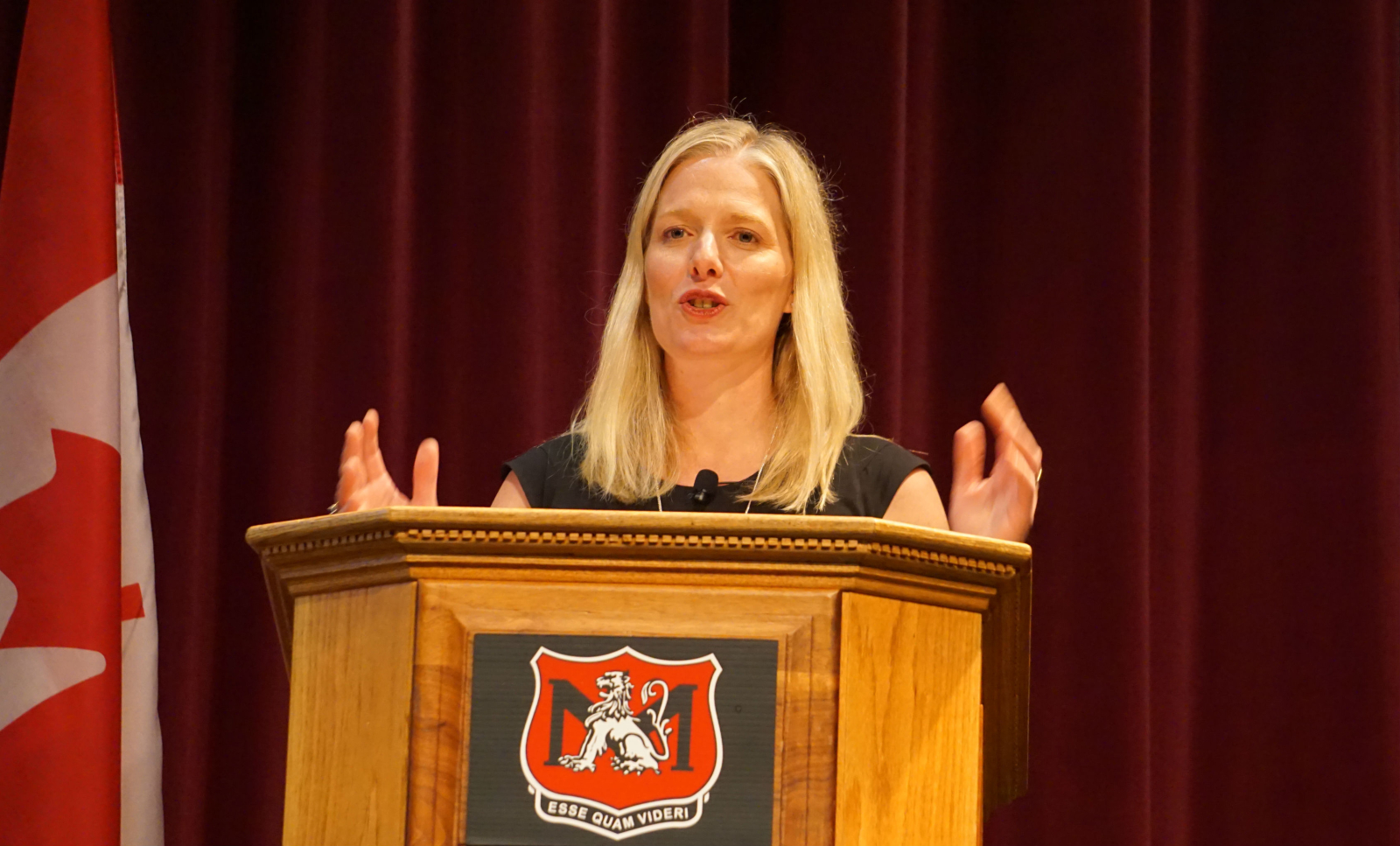 Federal Liberal cabinet ministers stickhandled around accusations of breaking election campaign promises on Tuesday, as they were pressed by media and opposition members of Parliament about pipeline projects in Western Canada.

The two major pipelines in play, Kinder Morgan's Trans Mountain expansion and the Enbridge Northern Gateway pipeline, both involved meaty promises from Prime Minister Trudeau during the election campaign — first, that he would fix a flawed federal review process for new energy projects, and second, that he would stop Northern Gateway.

But with rumours suggesting that the Enbridge pipeline may yet live, Environment and Climate Change Minister Catherine McKenna declined to give a straight answer on whether the government had changed its mind:

"Transport Minister Garneau is looking at ensuring marine safety, which is really key," she told National Observer after a discussion about climate change with high school students in Vancouver. "The prime minister has also been very clear about Northern Gateway — it’s not appropriate that it goes through the Great Bear Rainforest."

Her comments are the latest in a series of cryptic statements from Ottawa that are fueling rumours about the project's future. Last month, Transport Minister Marc Garneau told Bloomberg, "it’s premature to say anything” about Northern Gateway, despite Trudeau's promised tanker ban would lay the project to rest for good.

Will Enbridge build around the Great Bear Rainforest?

The Northern Gateway project was already approved along with 209 environmental, financial, and technical conditions. If it meets these conditions, the pipeline would carry up to 525,000 barrels of oil per day between northern Alberta and the deep-water port of Kitimat, B.C.

But Enbridge declined to say whether it could proceed if it needs to change its route to avoid B.C.'s rare temperate coastal Great Bear Rainforest as McKenna suggested.

"Northern Gateway is consulting with First Nation and Métis communities and other stakeholders to chart a path forward for the project," Enbridge told National Observer in a statement. "As part of these ongoing discussions, environmental sustainability is always a priority. Any significant developments on any aspect of the project would be communicated publicly at the appropriate time and done in conjunction with our Aboriginal Equity Partners."

Earlier this month, the company asked for a three-year extension on a clause requiring it to begin construction by December 2016, presumably unable to meet the deadline.

A "smokescreen" on Kinder Morgan

The Enbridge and Kinder Morgan projects have both drawn criticism from Indigenous peoples and other communities due to environmental concerns about leaks as well as the climate change-related impacts of expansion of Alberta's oilsands industry. But both companies have stressed that their projects would be safe and create jobs, while earning local support.

During the election campaign last year, Liberals in pipeline hotspots like Vancouver and Burnaby promised voters they would redo the Kinder Morgan pipeline review, and in the House of Commons on Tuesday, NDP MPs accused the panel move of being a “smokescreen” rather than a real solution to the broken NEB process.

“The Liberals swore on a stack of Bibles to fix the Conservatives’ failed environmental assessment process,” said the party's environment critic, Nathan Cullen. "The Kinder Morgan pipeline is exactly the kind of project that needs a serious and credible environmental review.

"This is a Conservative pipeline under a Conservative review process, with just a Liberal fig leaf hiding over top of that fact. So where are all the BC Liberals that promised to do things differently? Will just one BC Liberal stand up today and justify the unjustifiable?”

Natural Resources Minister Jim Carr however, said the three-member panel would spend the next few months “consulting with people up and down the Kinder Morgan line” in both Indigenous and non-Indigenous communities, before the government makes a final decision at the end of 2016.

“We knew… that the process that has been used so far resulted in no pipelines being built to tidewater in 10 years,” Carr explained. “So we then took the decision of changing the process to invite people in, to show them that it has credibility, [and this] will give us a better a chance than that [Conservative plan] did.”

The NEB is set to release its recommendations on the proposed expansion by Friday.

Other major pipelines proposed for Western Canada include the Pacific NorthWest LNG project, which McKenna endorsed on Tuesday, provided it meets federal sustainability requirements. The environment and economy must go hand-in-hand moving forward, she explained, and now is the time to prove it can be done:

"We can move projects forward in a sustainable way assuming that we can get to a solution with some of the concerns we have," she told National Observer. "One of the concerns we have is clearly on the emissions side, so we’re looking for the B.C. government, as part of their climate change plan, to demonstrate how it can move forward and meet its own climate change commitments."

Environmentalists have said that any new pipelines in Canada would seriously interfere with Canada's recent endorsement of the 2015 Paris climate accord.

— With files from Mike De Souza

By Elizabeth McSheffrey | News, Energy | May 6th 2016
Race to a Safer World