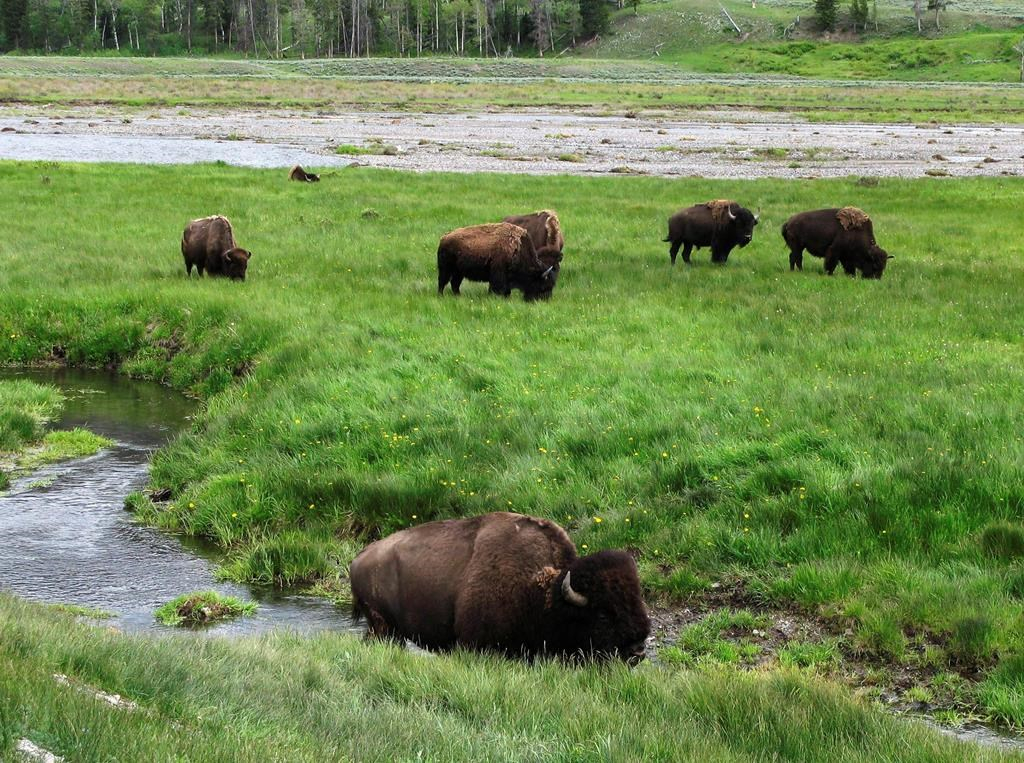 Visitors to Yellowstone National Park are required to stay at least 23 metres from resident wildlife, like the Bison pictured here. Photo by The Canadian Press.
Previous story
Next story

The man who made international headlines after putting a bison calf into his SUV at Yellowstone National Park — which led to the animal being euthanized — is from Quebec, a park spokeswoman said Wednesday.

Charissa Reid said a criminal complaint was filed against Shamash Kassam for disrupting wildlife after he and his son scooped up the animal, put it in the trunk of their SUV and drove it to a park facility on May 9.

He was reportedly trying to help the calf because he thought it looked cold.

Kassam, who Reid said is from Quebec, is due in court at the Yellowstone Justice Center in Wyoming on June 2.

Park rangers tried multiple times to reunite the calf with its herd but their efforts failed.

They had to eventually euthanize the animal because it was "causing a dangerous situation by continually approaching people and cars along the roadway," according to news release published by the park.

“I think they were just really concerned,” Reid said in an interview. “I don’t think they had any ill intent, but they were just apparently ill−informed about what our policies were and what the best things to do for the calf was.”

Reid said rangers were unable to reunite the calf with a herd most likely because it was handled by people.

The official criminal citation against Kassam states he told a ranger that he understood what he did was wrong and wouldn’t disturb wildlife again.

Bison injure more visitors at Yellowstone National Park than any other animal.

Reid said five people were gored by bison in the park last year, and the number of incidents are on the rise.

Park regulations require visitors stay at least 23 metres from all wildlife — including bison, elk and deer — and at least 91 metres from bears and wolves.

"Disregarding these regulations can result in fines, injury, and even death," the park said in its news release. "The safety of these animals, as well as human safety, depends on everyone using good judgment and following these simple rules."

Kassam, who was also fined $110 for his actions, could not be reached for comment.

—The Canadian Press, with files from the Associated Press.