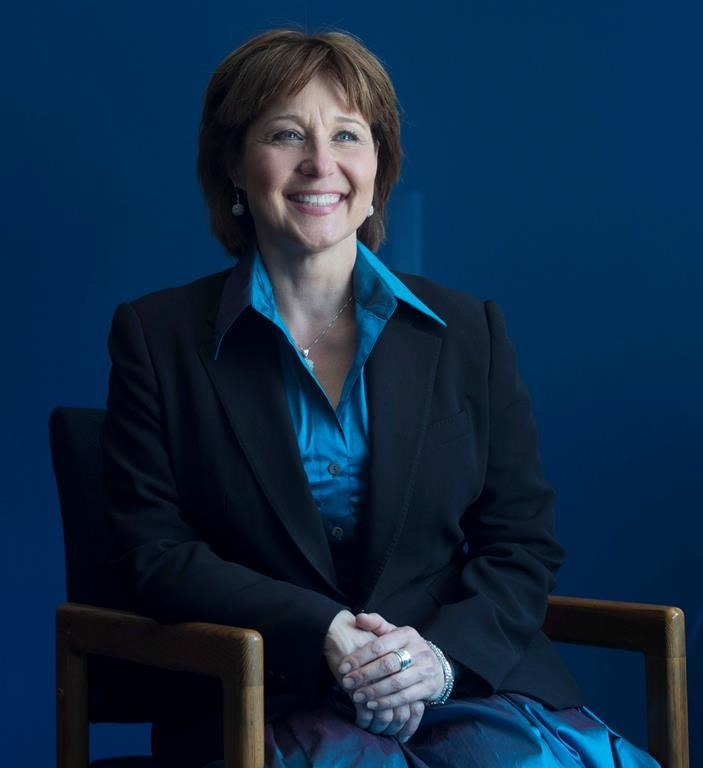 Clark’s demand ups the pressure on the Trudeau Liberals, who have so far avoided hard choices on resource projects that are being squeezed between pro−development premiers and environmental and indigenous opponents.

But the B.C. premier isn’t laying the blame at the feet of the Liberal government elected last October, saying the bid by Malaysian giant Petronas for its Pacific NorthWest LNG terminal began more than three years ago.

"There is something wrong in the system when investors can’t expect to get a yes or a no on environmental certificates and other permitting in something other than 1,100 days," Clark told The Canadian Press in Ottawa, where she was on hand for the historic Komagata Maru apology from the prime minister.

"So that’s what we need from the federal government."

"To be fair to this new government," she added, "they’ve been working hard at that and they’ve really picked up the pace."

With the National Energy Board scheduled to release its assessment of Kinder Morgan’s proposed expansion of the Trans Mountain oil pipeline from Alberta to Burnaby, B.C., on Thursday, the country’s long political gridlock over resource approvals is approaching decision time.

There have been sourced reports of three−way, Alberta−B.C.−Ottawa negotiations linking LNG project approvals in B.C. with Alberta’s purchase of B.C. hydroelectricity and federal clearance for a West Coast oil pipeline.

"Discussions are happening," Clark confirmed, noting her famously fractious negotiations with Alberta go back to the Progressive Conservative government of Alison Redford three premiers ago.

"But they’re not connected" to pipeline approvals, she added.

British Columbia has begun work on a massive hydroelectric dam known as Site C, whose power is required for the intense energy needs of liquefying natural gas for export by ship. Clark said she’d like to sell excess Site C hydro to Alberta, which has committed to phasing out its coal−fired electricity generation.

"So we’re working with them on that and we’re still discussing how they’ll meet the five conditions" the B.C. government set for oil pipeline approvals in the province.

"That’s a conversation that’s been going on for quite a few years now," said Clark.

"The rate with which federal approvals have been moving means we’ve had a lot of time to discuss it, so they’re getting a lot closer on meeting those (five conditions)."

Clark said B.C. can easily sell its excess hydro south of the border in the United States, but she’d like to see it go to Alberta to help Canada meet its international commitments on cutting greenhouse gas emissions.

So it’s clear where Clark’s pitch to federal officials is heading, even if she denies there’s linkage between pipeline approvals, LNG and interprovincial hydro sales.

Her province, said the B.C. premier, can help reduce GHGs in Alberta through hydro transmission, as well as in China by exporting liquefied natural gas to replace coal.

She said her government and the federal Liberals both want to combat climate change while creating jobs.

"You don’t need to try to find a whole bunch of things to trade off because there’s a lot of agreement that Canada badly needs an economic boost and we’re in the best position to provide that, anywhere in the country," said Clark.

"And secondly, we’re doing that with the export of clean energy on the Site C side and on the LNG side."