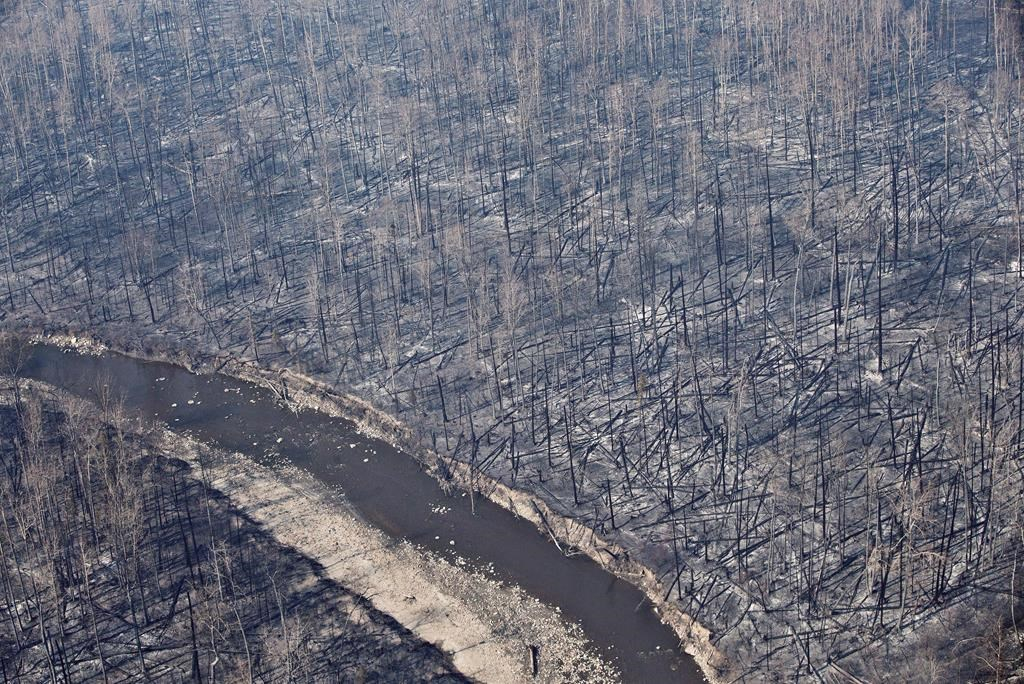 The aftermath of the Fort McMurray wildfire in May 2016. Photo by The Canadian Press
Previous story

A massive wildfire that destroyed parts of Fort McMurray hasn't grown in size in the forest around the city and officials are planning a surge of firefighters in the coming days to try to gain the upper hand.

"From a firefighting perspective we hope to hold this fire in place over the weekend," Morrison said. "Even if we don't get rain, the firefighters and our resources out there are making great progress. These are great firefighting days for us.

The province plans to bring in an extra 1,000 firefighters over the next two weeks, adding to 1,100 already on the ground, Morrison said.

The blaze is already about 5,000 square kilometres in size, with nearly eight square kilometres stretching over into Saskatchewan. This single fire has burned the same amount of forest as all fires consumed in Alberta last year.

More than 2,400 buildings were destroyed in Fort McMurray earlier this month and the northeastern Alberta city remains under a mandatory evacuation order.

Major oilsands operation to the north of the city, including Suncor and Syncrude, were also placed on mandatory evacuation earlier this week when the fire pushed in that direction and destroyed a work camp.

The province is hoping to have the more than 80,000 evacuees return to the region starting June 1, providing certain safety benchmarks can be met.

The province said it could still be a few more days before workers are allowed back to Syncrude and Suncor.

"We are reassessing that evacuation on an ongoing basis, but I can't see that evacuation being lifted until the air quality index gets stable and until we get a couple more days of good firefighting done on that fire," said Shane Schreiber, assistant deputy minister with the Alberta Emergency Management Agency.

There was some good news from Imperial Oil on Friday. The company announced it has restarted limited operations at its Kearl oilsands site.

The government has been giving out preloaded debt cards to evacuees to help with immediate expenses and the Red Cross has also been distributing electronic money transfer. Schreiber acknowledged that there have been reports of some people trying to take advantage of that system. Police are following up on those cases.

"In general, it is an extremely small number," Schreiber said. "We've had a handful of reports of this activity going on."