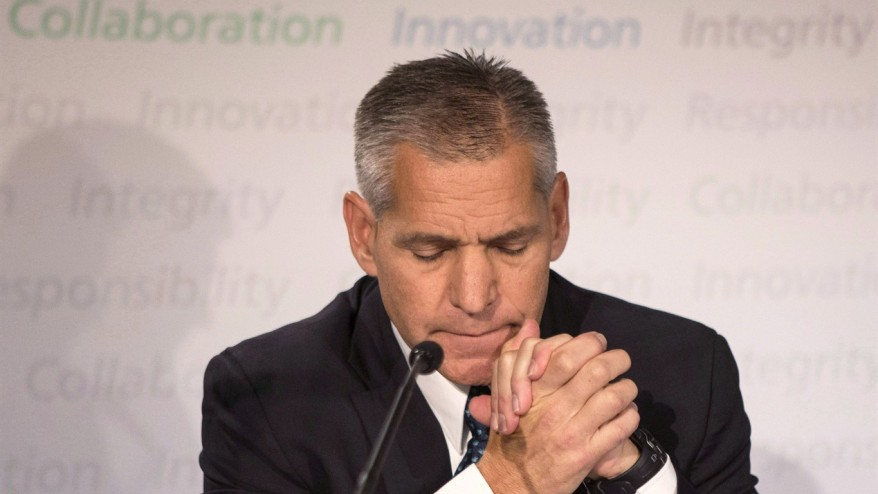 Christian Foisy was puzzled when he saw that a new 38,885 page cross-Canada oil pipeline application, submitted this week, had a “placeholder” document describing a rather sensitive location close to his own home, just west of Montreal.

The “placeholder” means that Alberta-based TransCanada Corp still hasn't figured out how to safely run this new proposed pipeline, Energy East, through a section of the Ottawa River, near Montreal. The company says it also needs to do more seismic testing - using air cannons - to determine the best way to build a concrete tunnel for the pipeline about 100 metres below the floor of the Saint Lawrence River, west of Quebec City.

This leaves Foisy feeling nervous about the pipeline. If completed, Energy East would carry up to 1.1 million barrels of oil from Alberta and Saskatchewan toward refineries and an export terminal in Quebec and New Brunswick. Energy East's 4,600 kilometre route passes through or near several major Canadian waterways. Most parts of the project would require the conversion of an existing TransCanada natural gas pipeline. But more than 1,000 kilometres of the route requires installation of a brand new pipeline.

While the oil industry, investment bankers and federal government officials have said that Canadian companies can safely build new pipeline infrastructure to fuel economic growth and provide revenues to support a transition to cleaner economy, environmentalists and other critics say that the missing pieces of TransCanada’s application should raise alarms about the risks of betting on pipelines.

“We are talking here about the feasibility of the pipeline at two critical locations (near Montreal and Quebec City),” Foisy said in an interview with National Observer. “It’s inconceivable that (federal government officials) can consider this (application) complete without the technical information for these crossings.”

It’s here! The consolidated Energy East application has arrived, all 38,885 pages of it: https://t.co/HyRFTkuqix pic.twitter.com/QLCDAmWBQ1

TransCanada has known for about two years that its initial plan to install Energy East through the Ottawa River was flawed, based on an environmental report prepared by a consulting firm, Foisy said.

This was submitted in 2014 as part of the company’s original application for the project, but the NEB has deleted this report from its website along with other "outdated" documents in response to a request from the company that was sent on May 6, 2016.

TransCanada spokesman Tim Duboyce said it was “absolutely normal” for the company’s application to have a bunch of moving parts that change over time. In fact, Foisy confirmed that similar issues about missing information arose during the National Energy Board’s review of Enbridge Inc.’s proposed Line 9 reversal project — another pipeline project that allowed for an increase in oil exported from western Canada to the east.

Companies also require provincial and municipal permits to proceed with some of the testing required to complete their project applications.

Foisy, an information technology specialist who volunteers his time in a small pipeline safety advocacy group called Citoyens au Courant, said that the Enbridge Line 9 case was a “breach of process” that set a dangerous precedent.

But the NEB and Calgary-based Enbridge have both said there were strict conditions on operations of Line 9, with safety being a top priority. Enbridge’s Line 9 has been operating safely since its reversal project was completed in 2015.

TransCanada is confident about delivering "sound engineering and sound design"

Duboyce, from TransCanada, said that the company believes that it can find the right river crossing solutions to ensure that Energy East would be a safe pipeline.

“We are confident that we can do it, and if we couldn't find an appropriate solution with a sound engineering and sound design then we wouldn’t do it,” Duboyce said.

The company had also made similar comments in 2014 about plans to build an oil terminal in eastern Quebec near a breeding site for beluga whales, a species at risk. It later cancelled plans for the terminal in the wake of a legal challenge spearheaded by the Quebec Environmental Law Centre that was based on the threat to beluga whales, a species protected under federal legislation.

Duboyce also said that TransCanada has asked engineering firms to review all options related to river crossings and other environmental safety issues to ensure that the company is proceeding with safe and appropriate solutions.

“We’re not commissioning them to tell us what they think we want to hear,” Duboyce said.

TransCanada has been facing some extra scrutiny in recent months over its safety record. A few months ago, the Canadian pipeline watchdog issued a safety order stating that TransCanada had used "substandard" parts in two of its pipelines, including the brand new Keystone pipeline which started operations in 2010.

TransCanada temporarily shut down the Keystone pipeline in April after some oil seeped to the surface in South Dakota.

This week, TransCanada told National Observer that its chief engineer and vice-president of engineering, Dan King, was retiring next month after 33 years of service, but not in relation to any specific event.

"This is part of a planned process, not in response to an event," TransCanada told National Observer. "As someone who has been with us for 33 years, Mr. King indicated some time ago that he was looking to retire and we have been working with him to ensure a smooth transition. Beyond that we cannot provide more information to respect our confidentiality and privacy obligations as an employer."

For Energy East, the river crossings are only part of the concerns flaring up in the population, along with larger concerns that the company is providing infrastructure that would fuel unsustainable growth in Alberta’s oil sands industry — the fastest growing source of greenhouse gases in Canada.

Alberta's New Democratic government has argued that it is addressing those concerns about carbon pollution with a new climate change plan that includes a carbon tax as well as a cap on the maximum amount of allowable annual greenhouse gas emissions from the entire oil sands industry.

In its marketing, TransCanada has tried to drive home the point that everyone is still dependent on oil and that it would be better to ensure Canadians are using its supply from Canada, rather than importing products from overseas.

During a recent Chamber of Commerce breakfast speech in Ottawa, Stefan Baranski, the regional director for Energy East in Ontario, made the point that, in some way, almost everyone in Canada is using oil, whether they are brushing their teeth with a tooth brush, traveling by car or taking public transit.

All the mayors in the greater Montreal area have publicly stated they are opposed to the project in its current format due to their environmental concerns. A large industry association representing professional farmers across the province — the Union des producteurs agricole (UPA) has also publicly stated its opposition, telling a Quebec environmental review in May that all pipeline projects harm agricultural and forestry companies.

Indigenous leaders such as Serge Simon, Grand Chief of the Mohawks of Kanesatake near Montreal, have sworn to block the new pipeline.

The company probably didn't help boost its image in the French-speaking province after submitting a consolidated version of its application, all 38,885 pages, with most of the documents available in English only. Canada's official languages commissioner, Graham Fraser, said he expects complaints galore over the documents.

But TransCanada has said it is committed to working with all stakeholders to improve its project, noting that it has already made more than 700 changes to date to improve Energy East.

It also expects to deliver translated versions of its application for French-speaking Canadians by the middle of June.

Great work on bringing this

Great work on bringing this to light, Mike.

Surely the contradiction between Canada's COP 21 lower-emissions pledge and the hike in emissions that would follow Energy East construction - let alone the horrendous threat to local water courses across the nation - will make it possible to sink this one.