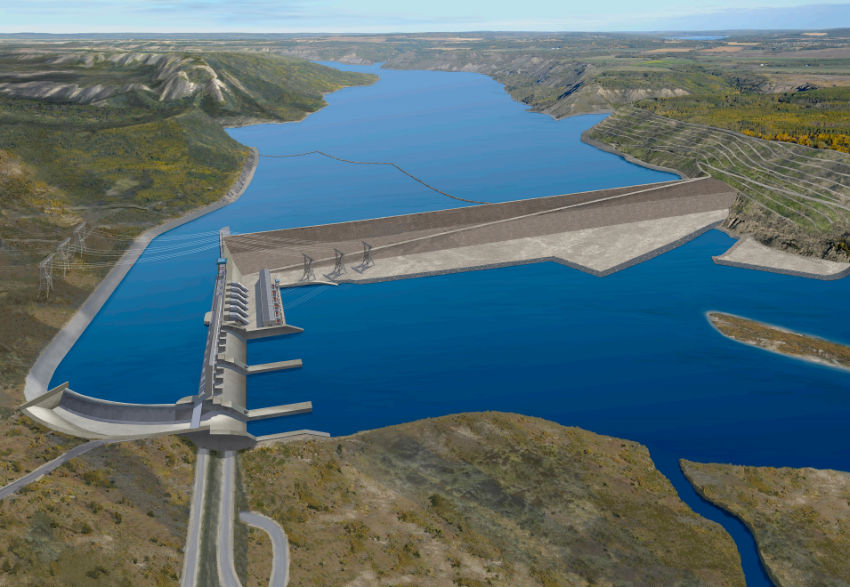 The Royal Society of Canada is joining some 250 academics in calling on the Liberal government to stop development on British Columbia’s Site C hydroelectric project.

The massive dam on the Peace River is considered a signature project for B.C. Premier Christy Clark and construction has already begun after an expedited federal−provincial environmental review.

However scientists argue that its environment impacts, coupled with the lack of First Nations consultation and approval, make the dam a "bellwether" of the Trudeau government’s commitment to develop resources in a more science−based, sustainable and socially responsible way.

Gordon Christie, a law professor at the University of British Columbia, says the outstanding treaty claims alone on the region to be flooded by Site C mean the project must be paused.

And Karen Bakker, Canada research chair in water governance at UBC, says this single hydroelectric dam accounts for more than 40 per cent of all the environment effects ever cited during environmental assessments dating back to 1990 — all for a project Bakker says is of questionable utility.

Clark acknowledged in an interview with The Canadian Press last week that her province is in three−way negotiations with Ottawa and the Alberta government to sell Site C power to Alberta, because B.C. doesn’t need all the electricity generated at this time.

"Discussions are happening," Clark said, while dismissing published reports that her province wants Alberta to buy B.C.’s excess hydro power in return for approval of a new oil pipeline to the Pacific coast.

In a letter to Prime Minister Justin Trudeau dated May 19, the president of the Royal Society of Canada states that "project approval goes against the Canadian government emphasis on evidence−based decision−making and how it must shape and inform government action."

Maryse Lassonde said in the letter that B.C. and Ottawa should "step back" and allow comprehensive regulatory review while addressing outstanding First Nation treaty and aboriginal rights issues.

At a news conference on Parliament Hill on Tuesday, Bakker said it’s the first time in recent history — at least in several decades — that the Royal Society has spoken out against a specific project.

"This is because they, and we, believe this is really a bellwether," said the UBC scientist.

"It’s a test for this current federal government. Will they actually live up to the commitments they have made to evidence−based decision−making with scientific integrity and also to reconciliation with First Nations?"

Christie, whose specialty is indigenous legal studies, said the honour of the Crown and the concept of reconciliation are integral to a massive resource project that is pushing ahead with construction even as outstanding treaty and rights claims remain unresolved.

"This is a key test," said the law professor. "If they really mean what they’ve been saying the last six months or year, then they’re going to do what they can to act honourably."