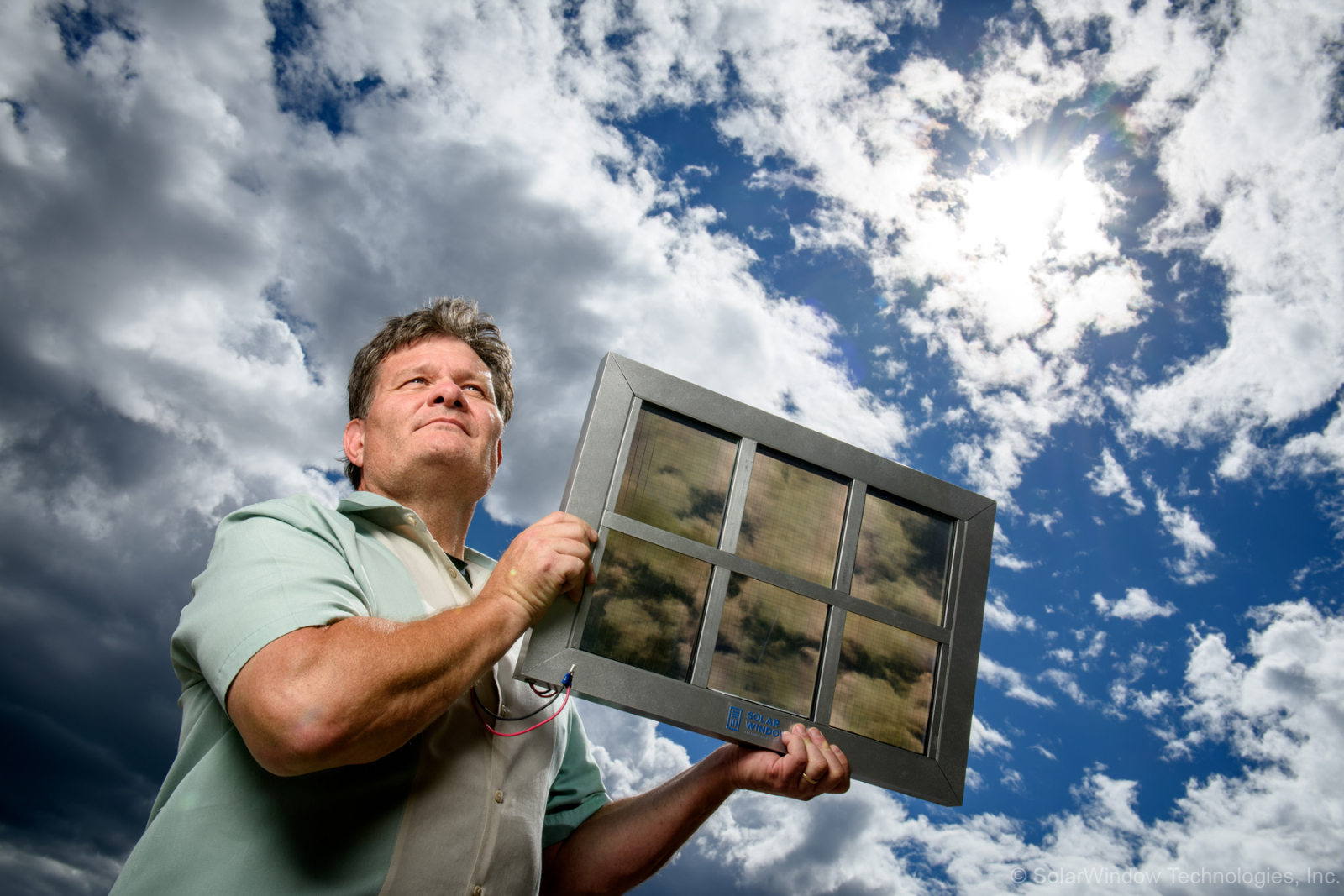 Imagine if windows could be designed to collect the electricity used to power a home or a skyscraper.

The technology that could make that a reality might be closer than you think. In fact, it could be ready by next year, said John Conklin, the president and CEO of SolarWindow Technologies Inc.

This is something that would revolutionize clean energy for large commercial buildings, which are the company's primary target market, Conklin told National Observer.

“I truly believe it’s one of the most disruptive and perhaps one of the single greatest breakthroughs in clean energy ever,” he said.

Maintaining the window's transparency a challenge

Designing the technology has meant working out solutions. The biggest has been ensuring the windows remain transparent while still generating enough electricity.

The windows require a special coating that turns ordinary glass into a conductor that transforms energy into electricity that feeds directly into the building's power system.

During Maryland-based SolarWindow’s early years in 2009 and 2010, a number of individuals told the firm’s team that it would be impossible for them to create a transparent photo-voltaic technology. “We defied that,” Conklin said.

The U.S. Department of Energy's National Renewable Energy Lab (NREL) has been working with SolarWindow on the technology and the two partners are now focused on ensuring that the coatings can work on larger areas of glass.

“Challenges are always there. Nothing is easy in this area,” said Maikel van Hest, a senior scientist in the Thin Film and Processing Group within the National Center for Photovoltaics at NREL.

Right now, SolarWindow estimates that its technology can generate 50 times more energy than rooftop solar panels would in a 50-storey building.

Using all four sides of the building, in a 50-story glass skyscraper, this would consist of six acres of glass - enough to provide far more than the one megawatt of power that would come from a rooftop solar array, Conklin said. This is much more space than what's available on a skyscraper’s roof. “The name of the game is real estate,” he said.

Overall, the refurbished windows could offset the equivalent of the emissions from vehicles traveling nearly 3.5 million kilometres by reducing energy demands in a 50-storey building, Conklin estimated. But he also noted that skyscrapers use huge amounts of energy and that the new solar windows would only cover somewhere between 30 to 50 per cent of total power consumption.

Home owners might one day find the same technology in their houses. The more glass a home has, the more power it would be able to generate. But for now, SolarWindow plans to pursue the more lucrative commercial market first, where Conklin believes there are significant business opportunities.

He said the commercial market is huge, estimated to be a $100-billion global market for flat glass and fabricated windows. Out of that, SolarWindow is targeting some five million commercial buildings in the U.S.

Here's how the SolarWindow works

Transparent conductors form two layers. Between the two is a third layer, which absorbs light. When it comes in contact with the chemical coating, the solar energy is transformed into electrons. The movement of the electrons produces the electricity on the surface of the glass.

The conductors on each side transport the electricity to ultra-thin wires inside the window frame. Those in turn feed the energy into the building’s electrical systems.

Conklin, an industrial consultant who has studied chemical engineering, helped develop similar surfacing coating techniques used in the fabrication of the United States Stealth Battleship prototype while at Excel Precision Inc. He is also the founder and vice president of National Solar Systems, LLC, a New York-based renewable and alternative energy design and installation firm.

SolarWindow is not alone in trying to develop solar-powered windows. Some companies, for example, have small strips over the glass that absorb the light. But these strips wind up creating a pattern that’s almost like having window blinds, according to van Hest.

But while no company has yet managed to commercialize a truly see-through window, SolarWindow says their windows will be like any other windows and will come in architecturally desirable tints and shades.

“That’s the nice thing about SolarWindow’s photovoltaic, the way they’re doing it. It’s not obstructing your view from the outside world,” said van Hest from NREL, the U.S. government lab.

But he added that with every step comes a new hurdle, such as choice of materials or how those materials are applied.

“Yeah there’s definitely some hurdles, but we have pathways on taking those hurdles and taking it to the next step, which would be commercialization.”

Paula McGarrigle, managing director of SOLAS Energy Consulting Inc. in Calgary, said SolarWindow’s concept is great. “I love the idea of using the horizontal spaces on windows to generate electricity.”

According to McGarrigle, the economics of the technology will depend on a number of variables such as the energy load of the building, how much surface area is available on a building and the power prices of a jurisdiction.

Conklin said the cost of SolarWindow’s technology would be “low,” and calls it a “very small add-on price point to an existing window,” which would be paid back in less than one year for a skyscraper.

Solar power from all four sides of a building

In order to get their technology to market, SolarWindow needs to raise additional capital. To date, the company has relied on private placements from investors.

The firm also wants to form partnerships with glass and window fabrication companies as well as chemical companies.

Conklin, who describes himself as risk-averse, said it’s not his intention to start the company up in a $45-$50-million production facility when glass manufacturers already exist.

“We’ve already demonstrated our process can be seamlessly integrated into a glass manufacturer or window fabricator and coated right at their facility.”

Partnerships with the right chemical firms are important because the technology employs various chemicals applied to glass to generate the electricity.

Such partnerships will enable SolarWindow to hold down its operating expenses and capital costs while achieving an affordable price for the windows.

The technology is able to generate power on all four sides of a building, not just on the south-facing side in the Northern hemisphere. Conklin said the coatings can create electricity under shaded, diffused and low-light conditions.

That ability to use the same glass on all four sides of a building will make the technology attractive to architects, developers and designers who are looking to generate renewable energy but still maintain the aesthetic beauty of a building, Conklin added.

There is so much amazing

There is so much amazing innovation happening right now. And such a huge need to make haste in the race to establish a whole new infrastructure across the world, one radically different from what we see today, but one that builds on the best of today, shedding the toxic.
These are the best of times, and the worst of times.