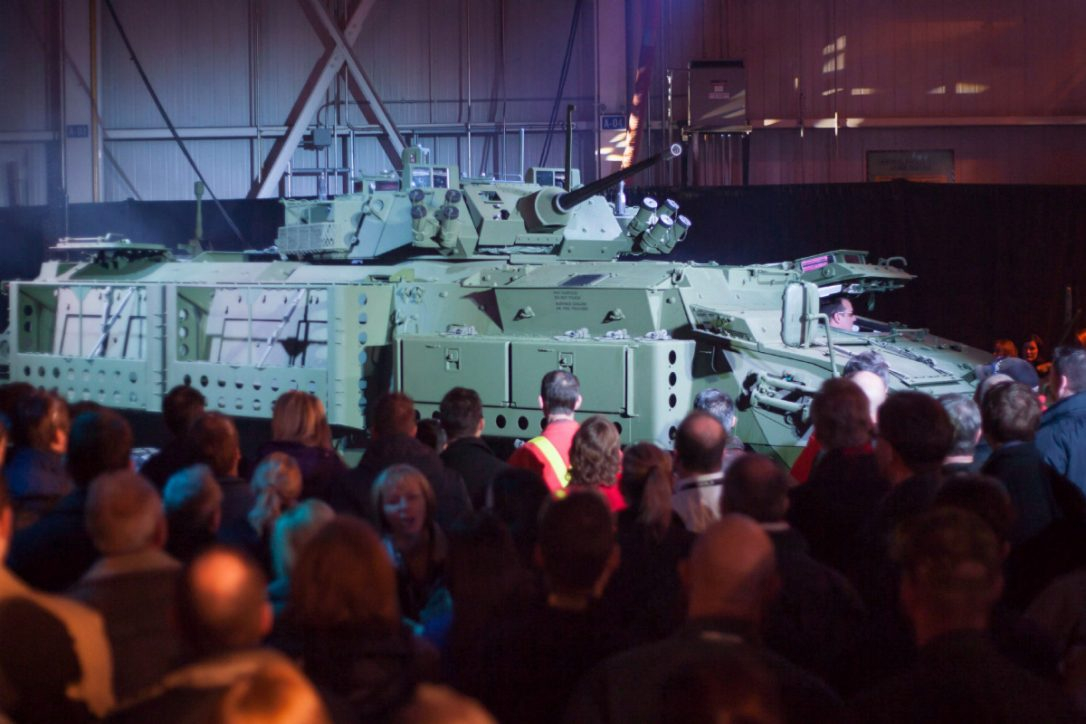 A new Light Armoured Vehicle is shown off at a General Dynamics facility in London, Ont., in 2012. File photo by The Canadian Press.
Previous story
Next story

The association representing Canada’s defence industry is defending the controversial $15−billion sale of light armoured vehicles to Saudi Arabia by an Ontario company.

Christyn Cianfarani, president of the Canadian Association of Defence and Security Industries, said Wednesday said it is the responsibility of her industry to follow the rules set by the government.

"As an industry association, we certainly don’t take positions on the judicial practices of other nations," said Cianfarani, whose organization represents more than 700 defence and security companies.

"Nor are we responsible for setting the foreign policy of the country."

Groups such as Amnesty International, the NDP and others have criticized the Liberals for honouring the controversial deal approved by the previous Conservative government, for General Dynamics Land Systems to sell the vehicles to the Saudis.

They cite Saudi Arabia’s poor human rights record, which includes crackdowns on dissent, mass executions and the subjugation of women. They also say the vehicles could be used against civilians.

Cianfarani was asked about the deal at the opening of the large, two−day defence and security trade show, known as CANSEC. It features massive displays of weapons and high technology and boasts 11,000 participants from around the world.

The annual gathering, which has often sparked protests from peace groups, has been moved to a conference centre close to Ottawa’s airport.

Cianfarani’s association unveiled its annual report that showed the defence industry contributed $6.7 billion in GDP and 63,000 jobs to the Canadian economy in 2014.

That was the year that the Saudi deal was announced by the government.

Cianfarani said she didn’t have any specific figures to show how the Saudi deal contributed to the industry’s performance in 2014.

Dion told The Canadian Press on Wednesday that defence companies understand the rules of their industry and their responsibilities.

"They know that the prime minister asked me to be very serious about this power that I have and will come with a process that will be more transparent and very rigorous," Dion said in an interview from Egypt.

Dion, who recently approved $11 billion of $15 billion in export permits for the Saudi deal, reiterated the government’s position that it has no evidence the light armoured vehicles would be used against Saudi civilians.

The government has said the vehicles are meant to help the desert kingdom fight the common enemy of Islamic state militants in the region.

Dion visited Saudi Arabia this week for meetings of the Gulf Co−operation Council, a regional group of countries that Canada sees as a strategic partner.

Asked whether he raised concerns about jailed Saudi blogger Raif Badawi, whose wife now lives in Quebec, Dion said: "I never miss an opportunity to raise the issue of humanitarian support for Canadians in trouble."