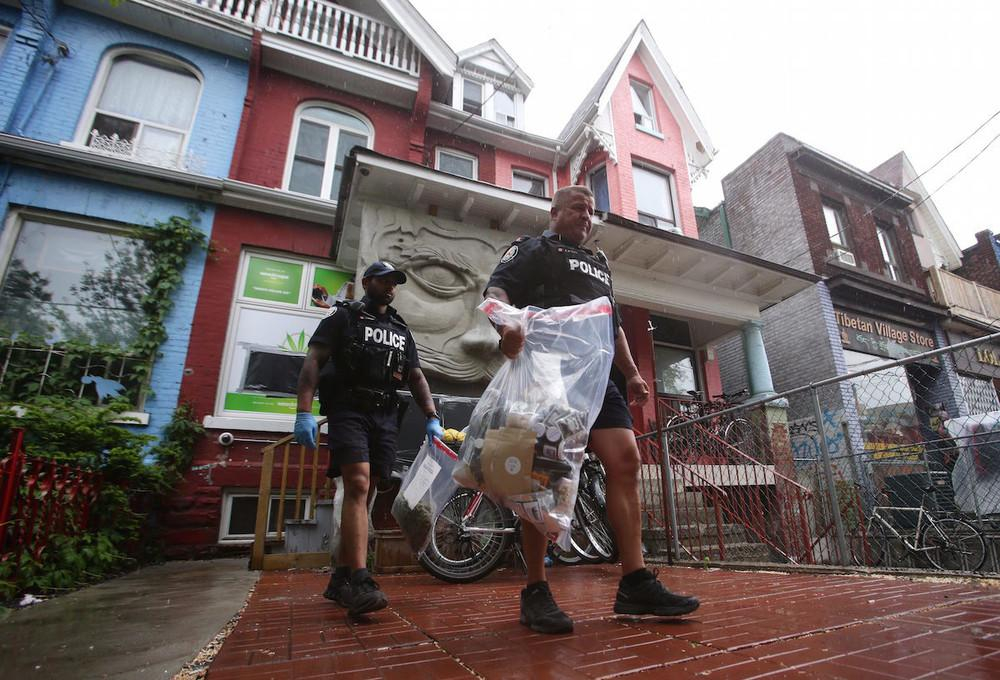 "It is not a coincidence that Bill Blair met with 'Licenced Producers' lobbyists this week and now Toronto police are raiding dispensaries," she alleged, referencing a meeting on May 24 during which Toronto MP Bill Blair reportedly praised medical marijuana producers.

Emery expressed disappointment with the Trudeau government, arguing that the new administration, despite promises to legalize marijuana, has been more restrictive than the previous Conservative government.

"I think the Liberal Government has betrayed the Canadian public and they are just maintaining and worsening the status quo — this is a new form of prohibition. And politicians who support prohibition are supporting organized crime."

Toronto police, meanwhile, stated that the locations being targeted as part of Project Claudia were already given a letter of caution on May 18, and that the investigations into marijuana shops acting "illegally" would continue to be investigated.

Emery said she wasn't certain if there would be a similar crackdown in her hometown of Vancouver, where she and her husband Marc Emery — known to advocates as the "prince of pot" — operate a business.

"I don't know if Vancouver will use similar enforcement, but I hope not," she said.

When asked if a "Project Claudia"-style crackdown would happen in Vancouver, the City of Vancouver responded by forwarding a week-old news release explaining enforcement of new marijuana dispensary regulations.

In Vancouver, new zoning laws which mandate that dispensaries cannot operate within 300 metres of each other, or near schools or community centres. The regulations came into effect on April 29, and roughly two-thirds of the dispensaries in the City are threatened by these changes. Since enforcement action started on April 29, a total of 30 medical marijuana stores have closed.

"As of May 17, 2016, bylaw inspectors have issued a total of 139 violation tickets worth $250 each. There are currently 61 stores operating that are subject to enforcement," a City of Vancouver spokesperson said.

Currently, 20 stores continue to operate that are not subject to enforcement as they work their way through the process (these include locations in a zone-compliant cluster or those moving forward in the permit and licensing stage) as outlined here."