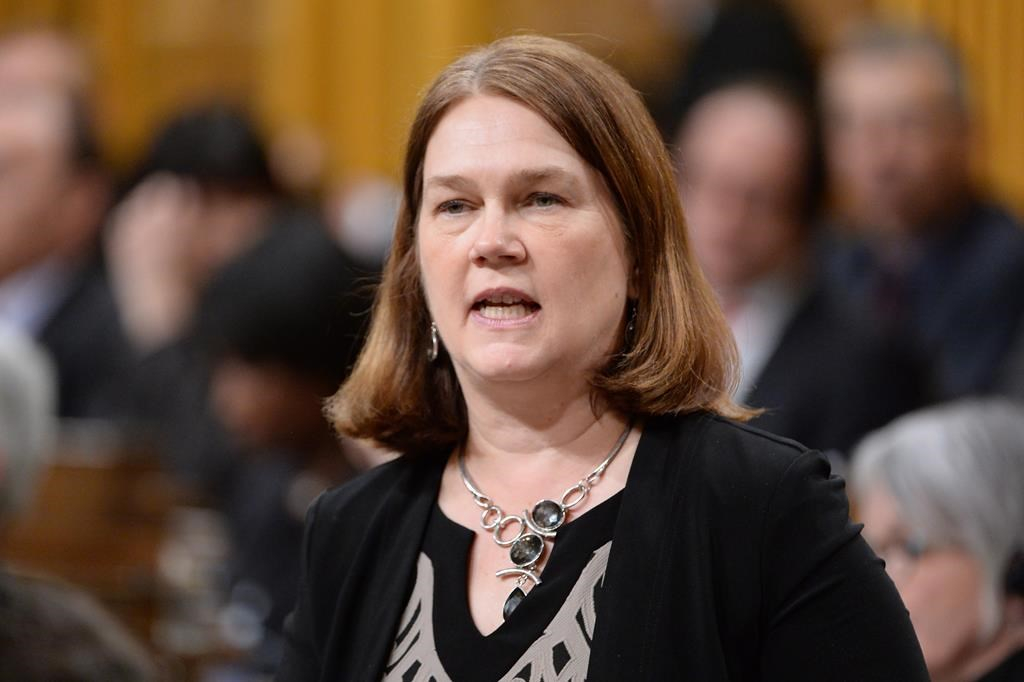 Health Minister Jane Philpott in the House of Commons on April 12, 2016. File photo by The Canadian Press.
Previous story
Next story

With just one week to go, the federal government acknowledged publicly for the first time Monday that it may not be able to meet the Supreme Court’s June 6 deadline for passing a law to govern medically assisted death.

Members of Parliament voted later Monday on an array of amendments to the government’s controversial assisted−death bill, known as C−14, though all proposed changes were rejected.

The bill cleared report stage by a vote of 192 to 129 and its third and final reading in the Commons is expected on Tuesday.

"We are at risk of not meeting the June 6 deadline," said Philpott, noting that the bill would establish a clear legislative framework for both patients and their health care providers.

"Having said that, it is my hope that we can see this piece of legislation put into effect at the very soonest possible date."

On Monday, Supreme Court Chief Justice Beverley McLachlin said any public consternation over physician−assisted dying ought not be attributed to a lack of awareness about the issue.

"The court initiated what was to be a process and Parliament has to play its role in that process," McLachlin said during a question−and−answer session at the University of Calgary. "That’s where we are now."

In February 2015, the high court recognized the right of consenting adults enduring intolerable physical or mental suffering to end their lives with a doctor’s help.

The top court suspended its decision for a year to allow for Parliament and provincial legislatures to respond, if they chose, with a bill consistent with the constitutional parameters it set out.

In January, the court agreed to allow four additional months to the federal government to produce a new law, but with an exemption for anyone who wished to ask a judge to end his or her life earlier.

The result was C−14 — a bill that has touched off a deafening chorus of disappointment from a multitude of constitutional experts, medical professionals and human−rights advocates, including the Canadian Bar Association.

According to the legislation, in order to be eligible for a medically assisted death, a person must be someone who is "suffering intolerably" and for whom a natural death is "reasonably foreseeable."

They must also be a consenting adult, at least 18 years old, with a serious and incurable disease, illness or disability, and be in "an advanced state of irreversible decline."

Critics have noted that not even Kay Carter — the 89−year−old B.C. woman at the centre of the case that gave rise to the Supreme Court decision — would have qualified for an assisted death under the proposed law.

It has proven unpopular with the opposition benches, too, and that dissatisfaction was evident again during Monday’s question period.

"Even if this bill is passed ... it will be tied up in legal challenges for years to come," said NDP justice critic Murray Rankin.

"Costly, exhausting court battles for suffering Canadians who just want to see their legal rights vindicated — why won’t this government do the right thing and work with us to get the bill right the first time?"

Justice Minister Jody Wilson−Raybould said the government has a responsibility to create a legal framework that allows access to doctor−assisted death while striking a balance between personal autonomy and protecting the vulnerable.

"As legislators, we need to answer the 36 million people that live in this country in terms of putting in place a regime," Wilson−Raybould said.

"I am confident that this is the best approach for Canada in terms of medical assistance in dying right now and it is the first step."

The Liberals argue their bill must be passed in order to avoid a legal "vacuum" after June 6, although experts insist that medical regulators in every province have the guidelines necessary to allow doctors to help suffering patients.

The bill has even opened fissures within Liberal ranks.

At the party’s convention in Winnipeg this weekend, former prime minister Paul Martin and former interim leader Bob Rae stressed it’s more important to get the law right than to meet the deadline.

Once the bill clears the Commons, it will then need to be approved by the Senate, where a number of senators have questioned its constitutionality, while others have proposed a number of substantive amendments.