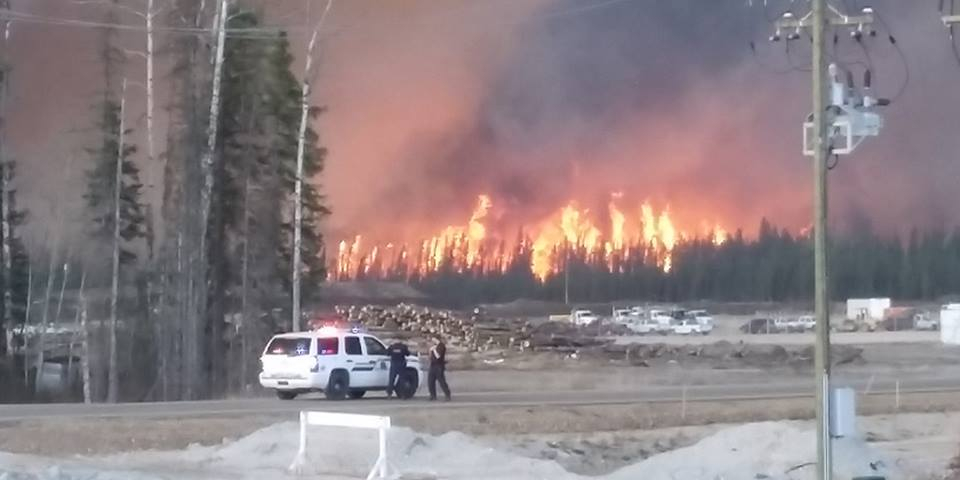 A wildfire continues to rage out of control in Northern Alberta in May 2016. The federal government's environment watchdog says it needs to get a better handle on the frequency and implication of severe weather. RCMP photo.
Previous story
Next story

The federal government needs to get a better handle on the impact and implications of frequent severe weather events, says the commissioner of environment and sustainable development.

Commissioner Julie Gelfand's spring report finds that Canada's floodplain maps have not been properly updated in 20 years, building codes aren't taking into account a changing climate and decision-makers need better tools for predicting the frequency, duration and intensity of storms.

The severe weather chapter was one of three in the spring audit, which also included a related look at how federal support for municipal infrastructure is measuring mitigation and climate impacts.

The commissioner also took aim at regulation of the cosmetics industry, which she found operates outside the constraints of many other consumer products and leaves Canadians uninformed and open to adverse health and safety incidents.

Gelfand acknowledged in an accompanying editorial that extreme weather is currently top of mind.

"At a time when scientists are predicting that extreme weather events, with impacts that include floods, droughts and forest fires, will become more frequent and intense, putting an aging and weakened infrastructure to an ever more difficult test, the time is ripe to consider the findings presented in these reports," Gelfand wrote.

A major wildfire in Alberta continues to burn after forcing the evacuation of more than 80,000 Fort McMurray residents earlier this month, just one of a series of recent, large-scale natural disasters.

The audit noted that the federal government's Disaster Financial
Assistance Arrangements relief fund has paid out more in the last six years than it did in the previous 39 years of its existence.

The reports says homes and buildings under current building codes may not be strong enough to withstand coming climates — such as extraordinary snow loads — and municipalities need help understanding the size of culverts that may be needed in future for extreme rainfall.

The audit found that while $253 million in federal funding for three disaster mitigation funds has been offered since 2011-12, only $25 million has actually been paid out. And under a $160-million program for mitigation through the federal disaster fund, provinces have applied for only $13 million since 2008-09 and not a penny has been paid.

The audit says the way the funds are set up discourages uptake of the funding.

Gelfand says the recent financial costs to Ottawa show the importance of mitigating severe weather to help save lives, reduce economic disruption and ultimately save money.