A Conservative and an environmentalist walk into a bar.... 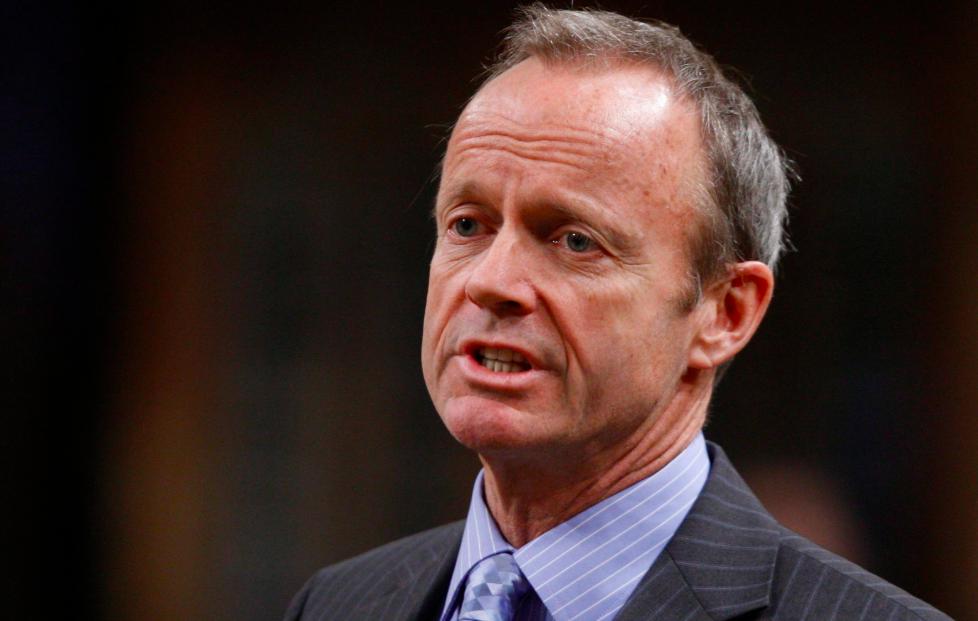 As an environmentalist, I don’t often find myself in a room full of Conservatives. So I was intrigued when I heard about last week’s Green Conservatism reception, scheduled to coincide with the Conservative Party of Canada’s convention in Vancouver.

Stockwell Day, a former party leader and cabinet minister, spoke to the full-to-capacity crowd about his belief that Conservatives have been unfairly perceived as anti-environment. A young delegate leaned over and elaborated: “In spite of our strong record on parkland conservation, people still see us as climate deniers and fossil fuel boosters.” This, Day insisted, contributed to their election loss.

Day is championing a project that will see bitumen taken out of the ground, diluted to the “consistency of peanut butter”, loaded onto rail cars and brought to the West Coast to be refined and shipped as gasoline and diesel. This, he asserted, would keep tankers carrying diluted bitumen off our coast and create more jobs in Canada rather than Asia. According to Day, this “clean oil” would displace coal in India and China and ultimately be a climate solution.

It’s tempting to focus on refuting these claims — to note that environmental assessments that consider neither the upstream (extraction) nor downstream (end use) carbon emissions of a fossil-fuel project are unlikely to legitimately validate claims of being “clean”, and that our exported oil and gas will not necessarily displace coal-fired electricity unless the climate policies in those destination countries are strong enough to mandate it.

But to seize on a debate about a specific project is to miss the larger picture. More interesting is the fact that political realities are driving both the “centre-right” and the “centre-left” towards the same frame: the environment and economy can go hand-in-hand in Canada. If millennials are coming out to vote in increasing numbers, very few politicians can afford to remain in an explicit pro-fossil-fuel, anti-environment stance.

Change is never easy. As if on cue, a delegate raised her hand and questioned whether the near-100% international scientific consensus around the validity of human-caused climate change was in fact true. She has doubts.

The young delegate I’d spoken with earlier commented: “Politics is all about trading off interests.” This will certainly be a challenging balancing act for the party.

Canadians for Clean Prosperity hosted the event, and I had the chance to speak with a board member. The organization sees market drivers, such as putting a price on carbon emissions, as essential. Day (or “Stock,” as many of the other delegates referred to him) has spoken with Clean Prosperity staff many times and at length about carbon pricing, and said he’s “almost there.”

Over a beer, the aforementioned young delegate said, “Our mistake in the past was to focus too much on regulation. Driving the market is crucial.”

I don’t often get the chance to be in a room where I can learn from Canadians who hold views that differ markedly from my own. What this young delegate was saying made a lot of sense. Modelling commissioned by the Pembina Institute shows that neither regulation nor key market drivers (e.g. carbon pricing) alone will get us to where we need to go. In order to reach our 2030 federal emissions target, the provinces and Canada as a whole will have to increase their climate ambitions significantly, and that will take leadership in terms of both market drivers and policy.

Some of Canada’s largest fossil fuel and resource infrastructure companies already price carbon internally — at levels that escalate faster than is currently taking place. On the heels of the international climate summit in Paris, it’s clear that there is a stronger global consensus emerging around the need for meaningful climate action and solutions. Industry leaders have expressed the need for predictability and have flagged the challenges associated with working under a patchwork of regulations and market drivers across jurisdictions.

Many of these same industry players do not want to see all of the necessary change driven solely by regulation. They need government to help drive the market to incent climate solutions. Carbon pricing is one such driver — one that puts a price on carbon pollution, something that historically has been an economic externality. By making carbon emissions visible in the economic calculus, we create a more accurate economic picture for consumers. We incent emissions reductions to lower our collective climate risk.

Market drivers and policy: both levers of change will be needed in any government’s toolbox if they are to earn the right to claim that Canadians can have both a sustainable environment and thriving economy.

As if addressing the environment and economy isn’t challenging enough, it’ll also be important for governments to factor in rising concerns about safety and stability.

Insurance companies are naturally concerned with the increased frequency and severity of forest fires and floods. And this should be an important political concern. We need to protect people and assets as well as the affordability of insurance. People look to insurance companies and government to mitigate risk and provide services when disasters occur. But insurance companies cannot do this alone.

The idea of taxing cigarettes to change behavior is now seen as a no-brainer. It’s simply pricing an externality — incenting change by beginning to put a price on the health-care costs (born by society) of tobacco.

Carbon pricing works to shift the market, and it helps Canadians move to where the puck is going economically. For example, if consumers become more interested in living in energy-efficient buildings where utility bills are low throughout the life of the building, Canadians will respond by producing green building products and developing home-grown expertise that will position us well in the global market as other jurisdictions mandate and incent energy efficiency. Similarly, putting a price on carbon will also incent technical innovation, production and increased expertise in clean energy and low-carbon transportation, and Canada will be better able to compete in the global marketplace in these sectors. It turns out that climate solutions, innovation and job growth fit together like politicians, glad-handing and party conventions.

Whether you believe that the carbon pricing revenue raised should be returned to taxpayers to keep government small, or that revenue raised by pricing an externality like carbon pollution should be used to fund climate solutions like transit (that serve to reduce climate risk) or to address tragic disasters such as forest fires and floods that are forecast to increase in frequency and severity with climate change, pricing emissions seems like an important first step no matter where you sit on the political spectrum.

As a Canadian concerned about our country’s climate legacy, and a parent concerned about future jobs for my children, it’s always a relief to find moments of cautious hope. I felt hope when the new federal government declared that addressing climate change and spurring clean growth would be one of its key legacy issues, and it was heartening to see a global consensus emerge around the need for action at the international climate summit in Paris last December.

Who knew that in a bar last Friday night, as the only one in the crowd without a Conservative party convention lanyard around my neck, that I’d feel that same hope again?

How interesting! Oil-by-rail is a solution I've been pushing for years now to get more value out of Alta crud with less pollution, less wasted energy, less capital and less risk to the environment.
Upgrade the crud to goo in Alberta then rail-car it on an existing excellent underutilized railbed to Prince Rupert vicinity takes sensitive twisty Douglas Channel route out of the picture, takes costly flammable diluent out of the picture, removes billions of dollars of costs and hundreds of stream-crossings for a dangerous pipeline, adds jobs in Alberta and B.C. - and despite the rhetoric of alarmists it would require less energy than a pipeline because the railway cars' wheels have less friction than a pipeline plus the crud would not have to be heated in order to move.

Upgrade the crud to goo in

Upgrade the crud to goo in Alberta then rail-car it on an existing excellent underutilized railbed to Prince Rupert vicinity takes sensitive twisty Douglas Channel route out of the picture, takes costly flammable diluent out of the picture, removes billions of dollars of costs and hundreds of stream-crossings for a dangerous pipeline, adds jobs in Alberta and B.C. - and despite the rhetoric of alarmists it would require less energy than a pipeline because the railway cars' wheels have less friction than a pipeline plus the crud would not have to be heated in order to move.