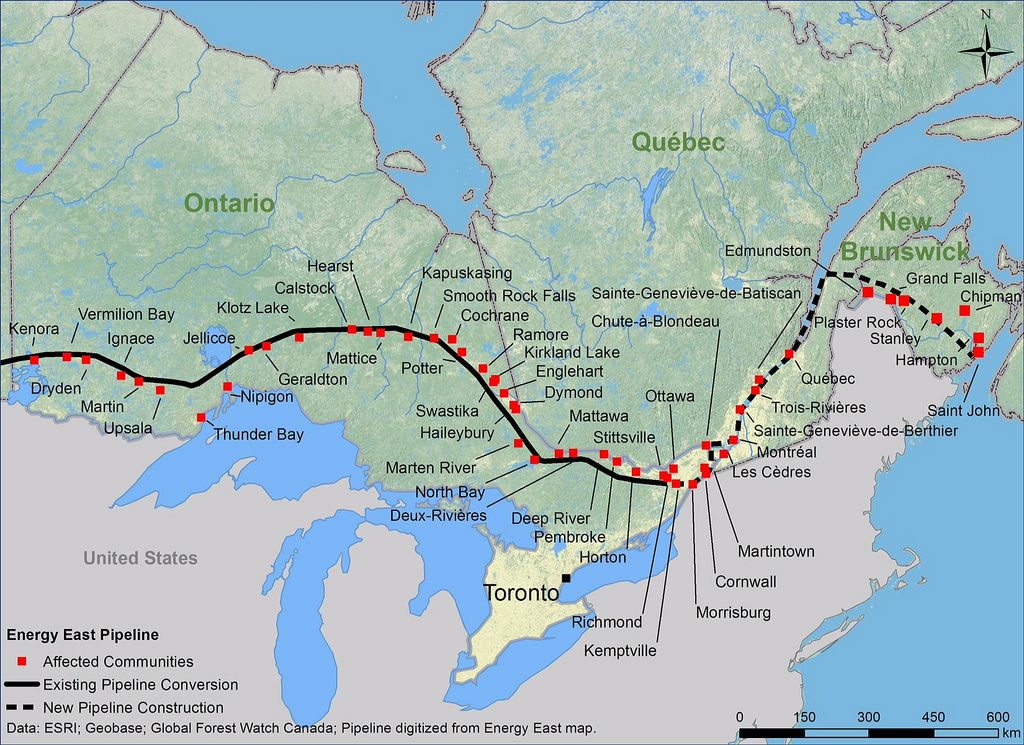 A map of the proposed route for TransCanada's Energy East pipeline Project. Map by the Council of Canadians
Previous story
Next story

TransCanada says a draft impact study for its Energy East pipeline project has been submitted as requested by the Quebec government.

The 10−chapter document wasn’t released publicly, but an analysis of technological risks will be added once it is completed, the company said Monday.

The Calgary−based company said the submission meets the requirements of the provincial department of sustainable development, environment and the fight against climate change.

Quebec government officials wouldn’t say when the study would be released.

Environmental groups have already denounced the short, six−week time period to prepare the study, saying it suggests Quebec’s bias in favour of the project. They argue that a smaller scale pipeline project needed 15 months to produce an environmental impact study.

In April, Quebec Environment Minister David Heurtel said TransCanada would comply with the Environment Quality Act (EQA) in Quebec by filing a notice and a draft impact study by Monday.

According to department documents sent to TransCanada, public environmental hearings could resume in October. The first hearings wrapped up in March with citizens from across the province grilling TransCanada executives on the risks and costs associated with the pipeline.

Energy East would bring 1.1 million barrels of oil a day 4,600 kilometres from Alberta and Saskatchewan through Quebec and into New Brunswick for overseas shipping.

The $15.7−billion project has run into stiff opposition in Quebec, with politicians, citizens and environmentalists questioning whether the ecological risks outweigh the economic rewards.